JEHOVAH Says, "I WILL GO DOWN To Egypt With You, and I WILL SURELY BRING You BACK AGAIN"

1So Israel set out with all that was his, 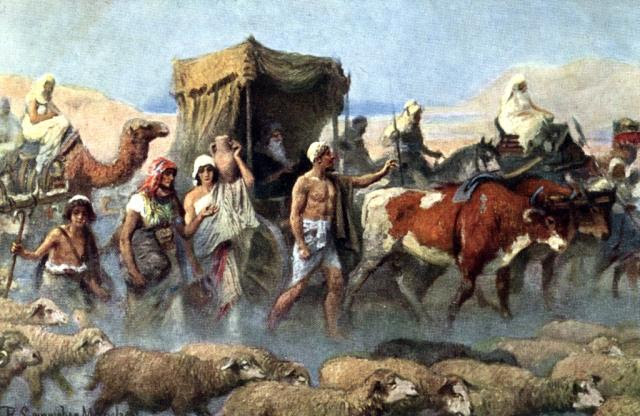 and when he reached Beersheba, he offered sacrifices To The GOD of his father Isaac.

2And GOD Spoke To Israel in a vision at night and said,

3“I AM GOD, The GOD of your father,” HE Said. “Do not be afraid to go down to Egypt, for I Will Make you into a great nation there. 4 I Will Go Down to Egypt with you, and I Will Surely Bring you back again. And Joseph’s own hand will close your eyes.” 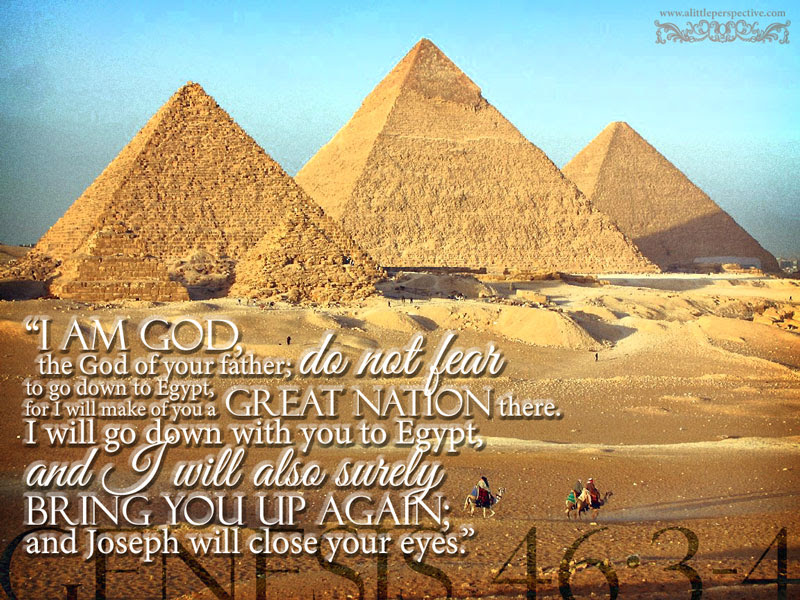 Reuben the firstborn of Jacob.
9The sons of Reuben:
Hanok, Pallu, Hezron and Karmi.

10The sons of Simeon:
Jemuel, Jamin, Ohad, Jakin, Zohar and Shaul the son of a Canaanite woman.

11The sons of Levi:
Gershon, Kohath and Merari.

12The sons of Judah:
Er, Onan, Shelah, Perez and Zerah (but Er and Onan had died in the land of Canaan).
The sons of Perez:
Hezron and Hamul.

14The sons of Zebulun:
Sered, Elon and Jahleel.

15These were the sons Leah bore to Jacob in Paddan Aram,c besides his daughter Dinah. These sons and daughters of his were thirty-three in all.

17The sons of Asher:
Imnah, Ishvah, Ishvi and Beriah.
Their sister was Serah.
The sons of Beriah:
Heber and Malkiel.

19The sons of Jacob’s wife Rachel:
Joseph and Benjamin. 20In Egypt, Manasseh and Ephraim were born to Joseph by Asenath daughter of Potiphera, priest of On.e


28Now Jacob sent Judah ahead of him to Joseph to get directions to Goshen. When they arrived in the region of Goshen, 29Joseph had his chariot made ready and went to Goshen to meet his father Israel. 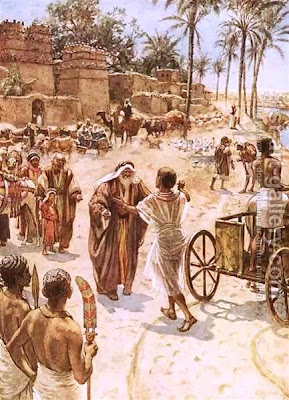 As soon as Joseph appeared before him, he threw his arms around his fatherh and wept for a long time.

31Then Joseph said to his brothers and to his father’s household, “I will go up and speak to Pharaoh and will say to him, ‘My brothers and my father’s household, who were living in the land of Canaan, have come to me. 32The men are shepherds; they tend livestock, and they have brought along their flocks and herds and everything they own.’ 33When Pharaoh calls you in and asks, ‘What is your occupation?’ 34you should answer, ‘Your servants have tended livestock from our boyhood on, just as our fathers did.’

Then you will be allowed to settle in the region of Goshen, for all shepherds are detestable to the Egyptians.”