As For Me And My Household, We Will Serve Our LORD JESUS

The Covenant Renewed at Shechem

1Then Joshua assembled all the tribes of Israel at Shechem. He summoned the elders, leaders, judges and officials of Israel, and they presented themselves Before GOD.

2Joshua said to all the people,

‘Long ago your ancestors, including Terah the father of Abraham and Nahor, lived beyond the Euphrates River and worshiped other gods. 3But I Took your father Abraham from the land beyond the Euphrates and led him throughout Canaan and Gave him many descendants. I Gave him Isaac, 4and to Isaac I Gave Jacob and Esau. I Assigned the hill country of Seir to Esau, but Jacob and his family went down to Egypt.

8“ ‘I Brought you to the land of the Amorites who lived east of the Jordan. They fought against you, but I Gave them Into your hands. I Destroyed them from before you, and you took possession of their land. 9When Balak son of Zippor, the king of Moab, prepared to fight against Israel, he sent for Balaam son of Beor to put a curse on you. 10But I Would Not Listen To Balaam, so he blessed you again and again, and I Delivered you Out of his hand.

11“ ‘Then you crossed the Jordan and came to Jericho. The citizens of Jericho fought against you, as did also the Amorites, Perizzites, Canaanites, Hittites, Girgashites, Hivites and Jebusites, but I Gave them Into your hands. 12 I Sent the hornet ahead of you, which drove them out before you—also the two Amorite kings. You did not do it with your own sword and bow. 13So I Gave you a land on which you did not toil and cities you did not build; and you live in them and eat from vineyards and olive groves that you did not plant.’


14“Now fear The LORD and serve HIM with all faithfulness. Throw away the gods your ancestors worshiped beyond the Euphrates River and in Egypt, and serve The LORD. 15But if serving The LORD seems undesirable to you, then choose for yourselves this day whom you will serve, whether the gods your ancestors served beyond the Euphrates, or the gods of the Amorites, in whose land you are living.

But as for me and my household, we will serve The LORD.”

16Then the people answered,

“Far be it from us to forsake The LORD to serve other gods! 17It Was The LORD our GOD HIMSELF WHO Brought us and our parents Up out of Egypt, from that land of slavery, and performed those great signs before our eyes. HE Protected us on our entire journey and among all the nations through which we traveled. 18And The LORD Drove Out before us all the nations, including the Amorites, who lived in the land. We too will serve The LORD, because HE Is our GOD.”

19Joshua said to the people,

“You are not able to serve The LORD. HE Is A Holy GOD; HE Is A Jealous GOD. HE Will Not Forgive your rebellion and your sins. 20If you forsake The LORD and serve foreign gods, HE Will Turn and Bring disaster on you and Make an end of you, After HE Has Been Good To you.”

21But the people said to Joshua,

22Then Joshua said, “You are witnesses against yourselves that you have chosen to serve The LORD.”

“Yes, we are witnesses,” they replied.

23“Now then,” said Joshua, “throw away the foreign gods that are among you and yield your hearts To The LORD, The GOD of Israel.”

24And the people said to Joshua, “We will serve The LORD our GOD and obey Him.”

25On that day Joshua made a covenant for the people, and there at Shechem he reaffirmed for them Decrees and Laws. 26 And Joshua recorded these things in the Book of the Law of GOD. Then he took a large stone and set it up there under the oak near the Holy Place of The LORD. 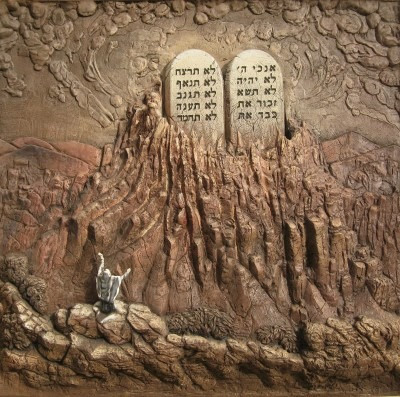 28Then Joshua dismissed the people, each to their own inheritance.


Buried in the Promised Land

29After these things, Joshua son of Nun, the servant of The LORD, died at the age of a hundred and ten. 30And they buried him in the land of his inheritance, at Timnath Serahc in the hill country of Ephraim, north of Mount Gaash.

31 Israel served The LORD throughout the lifetime of Joshua and of the elders who outlived him and who had experienced Everything The LORD Had Done For Israel.

32And Joseph’s bones, which the Israelites had brought up from Egypt, were buried at Shechem in the tract of land that Jacob bought for a hundred pieces of silver from the sons of Hamor, the father of Shechem. This became the inheritance of Joseph’s descendants. 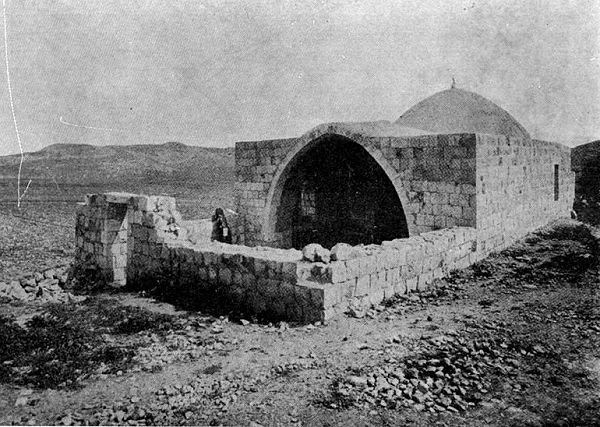 33And Eleazar son of Aaron died and was buried at Gibeah, which had been allotted to his son Phinehas in the hill country of Ephraim.

Renewal of the Covenant

Shechem, situated between those mountains, Ebal and Gerizim, which had already been the scene of a solemn rehearsal of the covenant soon after the first entry of the people into the promised land  Joshua 8:30-35, was a fitting scene for the solemn renewal on the part of the people of that covenant with GOD which had been On His Part so signally and so fully kept.

The spot itself suggested the allusions to Abraham, Isaac, and Jacob, etc., in Joshua's address; and its associations could not but give special force and moving effect to his appeals. This address was not made to the rulers only but to the whole nation.

The other side of the flood - Better "On the other side of the river," i. e. the Euphrates. They served other gods - Possibly the "images," or teraphim, which we find their ancestor Laban calling "his gods", and of which it would seem that there were, as Joshua spoke, some secret devotees among the people  Joshua 24:14, Joshua 24:25.

It is not stated that Abraham himself was an idolater, though his fathers were. Jewish tradition asserts that Abraham while in Ur of the Chaldea was persecuted for his abhorrence of idolatry, and therefore, was called away By GOD from his native land. The reference in the text to the original state of those who were the forefathers of the nation, is made to show that they were no better than others: GOD chose them not for their excellences, but of HIS OWN Choosing.