CHRIST Is GOD'S Passover LAMB Slain For Us


1The LORD Spoke To Moses in the Desert of Sinai in the first month of the second year after they came out of Egypt. HE Said, 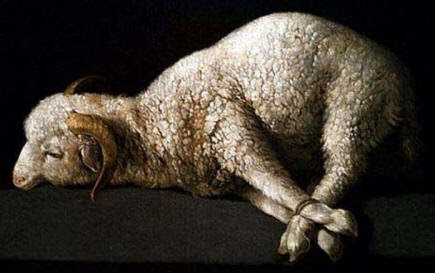 4So Moses told the Israelites to celebrate the Passover, 5and they did so in the Desert of Sinai at twilight on the fourteenth day of the first month. The Israelites did everything Just As The LORD Commanded Moses. 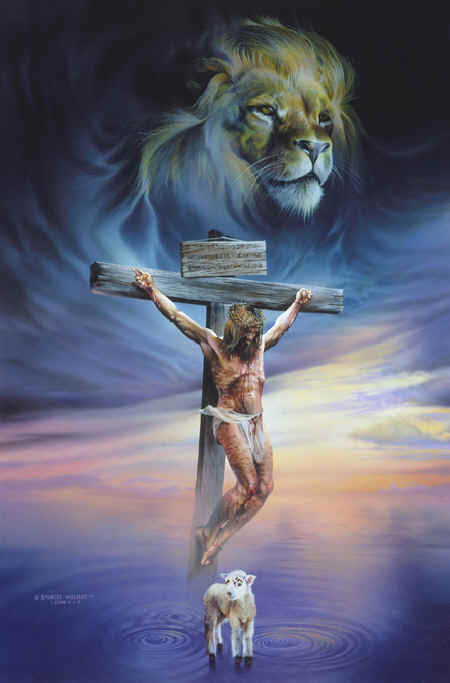 6But some of them could not celebrate the Passover on that day because they were ceremonially unclean on account of a dead body. So they came to Moses and Aaron that same day 7and said to Moses, “We have become unclean because of a dead body, but why should we be kept from presenting The LORD'S Offering with the other Israelites at the appointed time?”

8Moses answered them, “Wait until I find out What The LORD Commands concerning you.”

9Then The LORD Said To Moses,


10“Tell the Israelites: ‘When any of you or your descendants are unclean because of a dead body or are away on a journey, they are still to celebrate The LORD'S Passover, 11but they are to do it on the fourteenth day of the second month at twilight. They are to eat the lamb, together with unleavened bread and bitter herbs.


12 They must not leave any of it till morning or break any of
its bones. 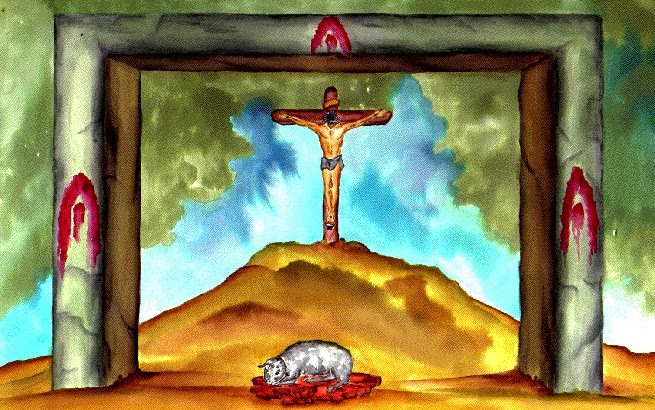 14“ ‘A foreigner residing among you is also to celebrate The LORD'S Passover in accordance with its rules and regulations. You must have the same regulations for both the foreigner and the native-born.’ ”

The Cloud Above the Tabernacle 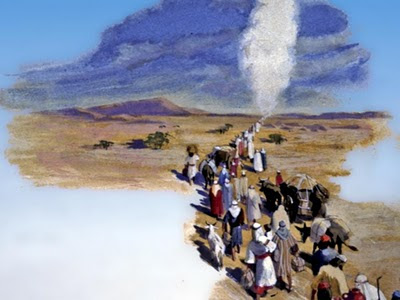 They obeyed The LORD'S Order, in accordance with HIS Command through Moses.


Do not break any of the bones

They must not leave any of it till morning or break any of its bones.

But when they came to JESUS and found that he was already dead, they did not break HIS Legs.  Instead, one of the soldiers pierced JESUS’ side with a spear, bringing a sudden flow of blood and water.  The man who saw it has given testimony, and his testimony is true. He knows that he tells the truth, and he testifies so that you also may believe.  These things happened so that the scripture would be fulfilled: “Not One of HIS Bones Will Be Broken,” and, as another scripture says, “They will look on The ONE they have pierced.”

Many are the afflictions of the righteous; But The LORD Delivers HIM out of them all. HE Keeps all HIS Bones, not One of Them Is Broken.

CHRIST Is our Passover LAMB

Get rid of the old yeast, so that you may be a new unleavened batch--as you really are. For CHRIST, our Passover LAMB, Has Been Sacrificed.

This is observed, to show the pertinence of the similes of leaven and unleavened, the apostle had made use of; and to make some further improvement of them, for the use, comfort, and instruction of this church; saying, that CHRIST Is "our PASSOVER", the Christians' PASSOVER. 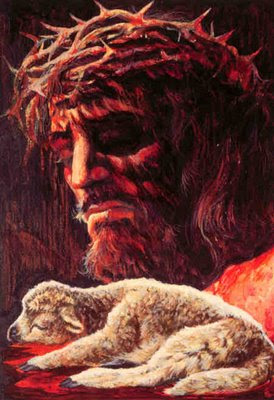 The Jewish Passover was a type of CHRIST; wherefore Moses kept it by faith, in the faith of the MESSIAH That Was To Come; see Hebrews 11:28  as it was instituted in commemoration of the deliverance of the Israelites from Egypt, so likewise to prefigure CHRIST and the redemption of His people by Him.

The Jews have a saying,

which was the month in which the Passover was kept; and for the confirmation of which, they mention the following texts, Micah 7:15. There is an agreement between the Passover, and CHRIST, in the sacrifice itself, and the qualities of it.  It was a "lamb", as CHRIST is The "LAMB" of GOD, of His appointing and providing, and fitly so called, for His Innocence and Harmlessness, His Meekness, Humility, and Patience; it was a Lamb "without blemish", as CHRIST Is, without spot and blemish, without the spot of original sin, or blemish of any actual transgression: it was a Male, as CHRIST Is The SON or Man, the Head of the Body, and the "Firstborn" among many brethren; it was a male of the first year; in which it might prefigure CHRIST in the flower of HIS Age, arrived at man's estate, and having had experience of a variety of sorrows and afflictions. 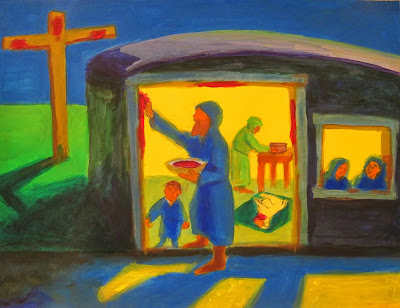 There is also some likeness between them in the separation and slaying of it. The Passover lamb was to be "taken out from the sheep, or from the goats"; as CHRIST's Human Nature was chosen out from among the people, and, In GOD'S Eternal Counsel and Covenant, separated from the rest of the individuals of human nature, and taken into a federal union with The SON of GOD, and preordained before the foundation of the world, to be the Lamb Slain; it was also wonderfully formed by The HOLY SPIRIT in the virgin's womb, and separated and preserved from the infection of sin; and in His Life and Conversation here on earth, HE Was Separated from sinners, from Being like them, and Is now Made higher than the heavens.

This lamb was kept up from the "tenth" of the month, to the "fourteenth", before it was killed; which might typify Preservation of CHRIST, in His Infancy, from the malice of Herod, and, in HIS riper years, from the designs of the Jews upon HIM, until HIS Time Was Come; and it is to be observed, that there was much such a space of time between His Entrance into Jerusalem, and HIS Sufferings and Death; see John 12:11.

The LAMB Was "Slain", so the Prince of Life Was Killed; and "between the two evenings", as CHRIST Was in the end of the world, in the last days, in the decline of time, of the age of the world, and even of the time of the day, about the "ninth" hour, or three o'clock in the afternoon, the time between the two evenings; the first evening beginning at noon as soon as the sun began to decline, the other upon the setting of it. 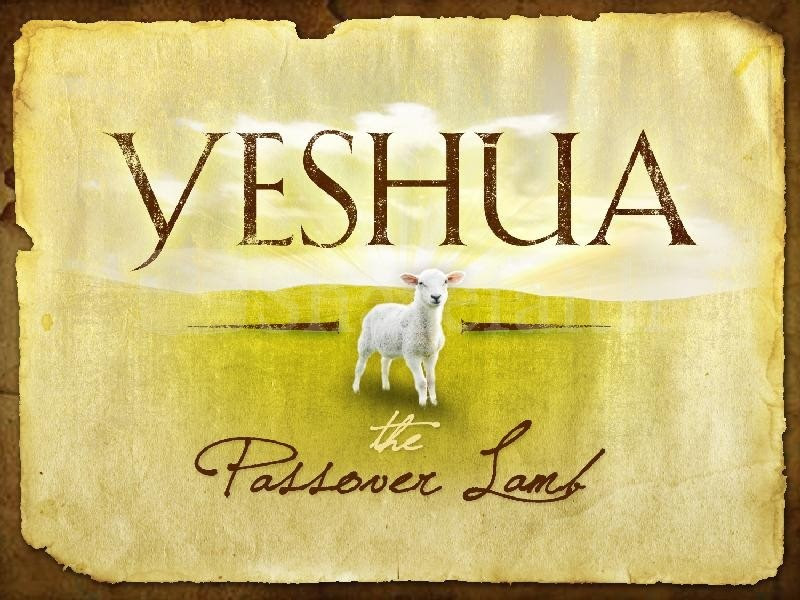 There is likewise a comparison of these together to be observed, in the dressing and eating of it. The Passover lamb was not to be eaten "raw nor sodden"; so CHRIST Is To Be Eaten not in a carnal, but in a spiritual way, by faith; it was to be "roast with fire", denoting the painful Sufferings of CHRIST on the Cross, and the fire of Divine Wrath that fell upon Him; it was to be eaten "whole", as a whole CHRIST Is To Be Received by faith, in HIS Person, and in all His Offices, Grace, and Righteousness; not a "bone" of it was to be "broken", which was fulfilled in CHRIST, John 19:36 . 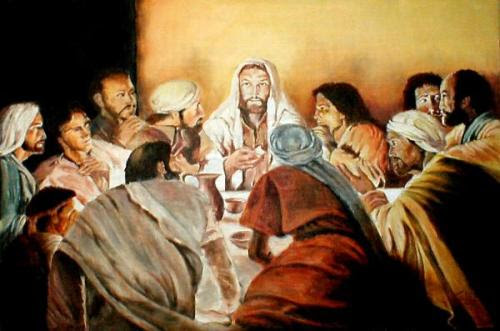 It was to be eaten "with unleavened bread", which is spiritualized by the apostle in the next verse; and also with "bitter herbs", expressive of the hard bondage and severe afflictions, with which the lives of the Israelites were made bitter in Egypt; and of the persecutions and trials that such must expect, who live godly and by faith in CHRIST JESUS: it was eaten only by Israelites, and such as became proselytes, as CHRIST, only by true believers; and if the household was too little, they were to join with their "neighbors"; which might typify the calling and bringing in of the Gentiles, when the middle wall of partition was broken down, CHRIST, HIS Flesh and Blood being common to both.

The first Passover was eaten in haste, with their loins girt, their shoes on, and staves in their hands, ready to depart from Egypt to Canaan's land; denoting the readiness of believers to every good work; having their feet shod with the preparation of the Gospel of peace; their loins girt about with truth, their lights burning, and they like men waiting for their LORD'S Coming; hasting to the Day of The LORD, being earnestly, desirous of being absent from the body, that they might be present with Him: in a word, the receiving of the Blood of the Passover Lamb into a basin, sprinkling it on the lintel, and two side posts of the doors of the houses, in which they ate it, which the Lord seeing passed over those houses, when HE Passed Through Egypt to destroy the firstborn, whence it has its name of the Passover, were very signifying the blood of sprinkling, even the Blood of CHRIST upon the hearts and consciences of believers; whereby they are secured from avenging justice, from the curse and condemnation of the Law, and from wrath to come, and shall never be hurt of the second death.

Thus CHRIST Is our Passover LAMB, Who Was Sacrificed, Whose Body and Soul Were Offered as an Offering and Sacrifice To GOD for us, that HE Might Be proper Food for our faith; to make satisfaction to Divine Justice for all our sins and transgressions.