1The Israelites did evil in the Eyes of The LORD, and for seven years HE Gave them into the hands of the Midianites. 2Because the power of Midian was so oppressive, the Israelites prepared shelters for themselves in mountain clefts, caves and strongholds. 3Whenever the Israelites planted their crops, the Midianites, Amalekites and other eastern peoples invaded the country. 4They camped on the land and ruined the crops all the way to Gaza and did not spare a living thing for Israel, neither sheep nor cattle nor donkeys. 5They came up with their livestock and their tents like swarms of locusts. It was impossible to count them or their camels; they invaded the land to ravage it. 6Midian so impoverished the Israelites that they cried out To The LORD for help.

7When the Israelites cried out To The LORD because of Midian, 8HE Sent them a prophet, who said,


“This Is What The LORD, The GOD of Israel, Says:


10I Said To you, ‘I AM The LORD your GOD; Do not worship the gods of the Amorites, in whose land you live.’ But you have not listened To ME.”


11The ANGEL of The LORD Came and Sat Down under the oak in Ophrah that belonged to Joash the Abiezrite, where his son Gideon was threshing wheat in a winepress to keep it from the Midianites. 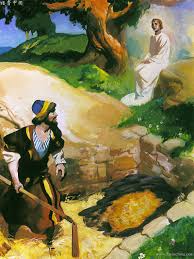 12When The ANGEL of The LORD Appeared To Gideon, HE Said,

“The LORD Is With you, mighty warrior.”

13“Pardon me, my LORD,” Gideon replied, “but If The LORD Is With us, why has all this happened to us? Where are all HIS Wonders that our ancestors told us about when they said, ‘Did Not The LORD Bring us Up Out of Egypt?’ But now The LORD Has Abandoned us and Given us into the hand of Midian.”

14The LORD Turned To him and Said,

“Go in the strength you have and save Israel out of

Midian’s hand. AM I Not Sending you?”

15“Pardon me, my LORD,” Gideon replied, “but how can I save Israel? My clan is the weakest in Manasseh, and I am the least in my family.”

“I Will Be With you, and you will strike down all the

17Gideon replied, “If now I have found favor in YOUR Eyes, give me a sign that it is really YOU Talking To me.18Please do not go away until I come back and bring my offering and set it before you.”

And The LORD Said,

“I Will Wait Until you return.”

19Gideon went inside, prepared a young goat, and from an ephaha of flour he made bread without yeast. Putting the meat in a basket and its broth in a pot, he brought them out and offered them to Him under the oak.

20The ANGEL of GOD Said To him,


“Take the meat and the unleavened bread, place them

on this rock, and pour out the broth.” 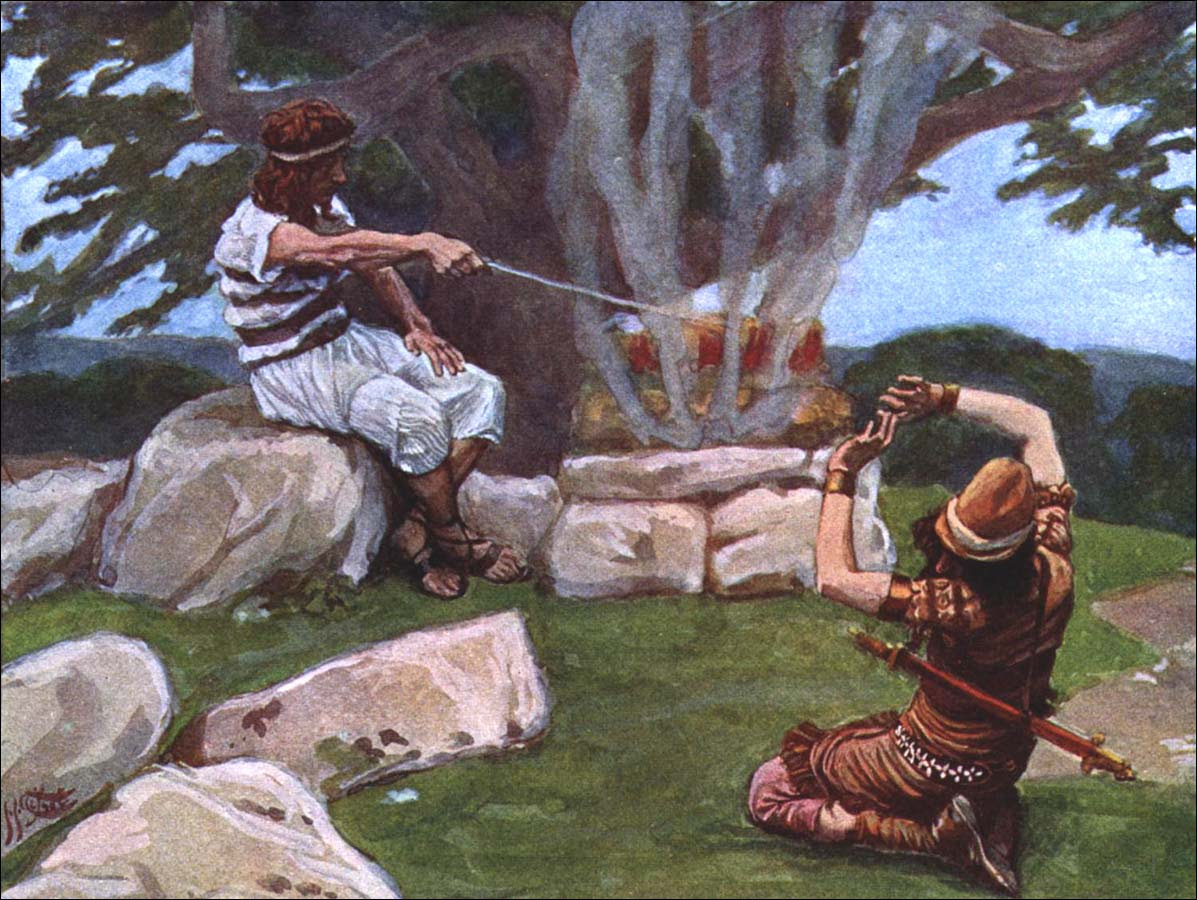 22When Gideon realized that It Was The ANGEL of The LORD, he exclaimed,

“Alas, Sovereign LORD! I have seen The ANGEL of The LORD Face to face!”

“Peace! Do not be afraid. You are not going to die.”

24So Gideon built an altar To The LORD there and called it The LORD IS PEACE. To this day it stands in Ophrah of the Abiezrites.

25That same night The LORD Said To him, “Take the second bull from your father’s herd, the one seven years old.b Tear down your father’s altar to Baal and cut down the Asherah polec beside it. 26Then build a proper kind ofd altar To The LORD your GOD on the top of this height. Using the wood of the Asherah pole that you cut down, offer the seconde bull as a burnt offering.”

27So Gideon took ten of his servants and did As The LORD Told him. 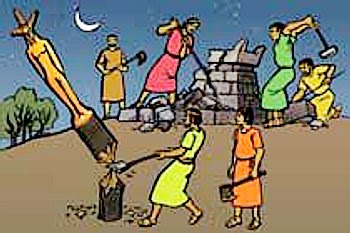 But because he was afraid of his family and the townspeople, he did it at night rather than in the daytime. 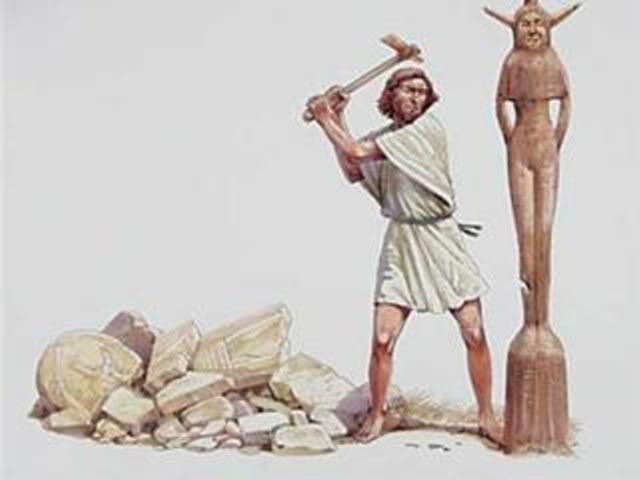 28In the morning when the people of the town got up, there was Baal’s altar, demolished, with the Asherah pole beside it cut down and the second bull sacrificed on the newly built altar!

29They asked each other, “Who did this?”

When they carefully investigated, they were told, “Gideon son of Joash did it.”

30The people of the town demanded of Joash, “Bring out your son. He must die, because he has broken down Baal’s altar and cut down the Asherah pole beside it.”

31But Joash replied to the hostile crowd around him, “Are you going to plead Baal’s cause? Are you trying to save him? Whoever fights for him shall be put to death by morning! If Baal really is a god, he can defend himself when someone breaks down his altar.” 32So because Gideon broke down Baal’s altar, they gave him the name Jerub-Baalf that day, saying, “Let Baal contend with him.”

33Now all the Midianites, Amalekites and other eastern peoples joined forces and crossed over the Jordan and camped in the Valley of Jezreel. 34Then The SPIRIT of The LORD Came On Gideon, and he blew a trumpet, summoning the Abiezrites to follow him. 35He sent messengers throughout Manasseh, calling them to arms, and also into Asher, Zebulun and Naphtali, so that they too went up to meet them.

39Then Gideon said To GOD, “Do Not Be Angry With me. Let me make just one more request. Allow me one more test with the fleece, but this time make the fleece dry and let the ground be covered with dew.”


40That night GOD Did So. Only the fleece was dry; all the ground was covered with dew.

We all know that JESUS Told us, “Do not put The LORD your GOD to the test.”  Here is a very useful article for you to read on this issue.