Land Allotment For Ephraim And Manasseh


Allotment for Ephraim and Manasseh 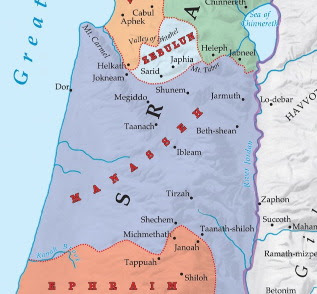 1The allotment for Joseph began at the Jordan, east of the springs of Jericho, and went up from there through the desert into the hill country of Bethel. 2It went on from Bethel (that is, Luz),a crossed over to the territory of the Arkites in Ataroth, 3descended westward to the territory of the Japhletites as far as the region of Lower Beth Horon and on to Gezer, ending at the Mediterranean Sea.

4So Manasseh and Ephraim, the descendants of Joseph, received their inheritance.

5This was the territory of Ephraim, according to its clans: 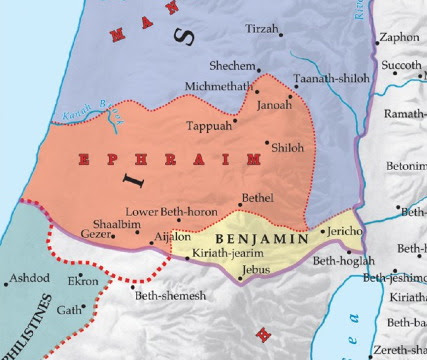 The boundary of their inheritance went from Ataroth Addar in the east to Upper Beth Horon 6and continued to the Mediterranean Sea. From Mikmethath on the north it curved eastward to Taanath Shiloh, passing by it to Janoah on the east.7Then it went down from Janoah to Ataroth and Naarah, touched Jericho and came out at the Jordan. 8From Tappuah the border went west to the Kanah Ravine and ended at the Mediterranean Sea. This was the inheritance of the tribe of the Ephraimites, according to its clans. 9It also included all the towns and their villages that were set aside for the Ephraimites within the inheritance of the Manassites.