Put The Things Of GOD First Above All

1The Reubenites and Gadites, who had very large herds and flocks, saw that the lands of Jazer and Gilead were suitable for livestock. 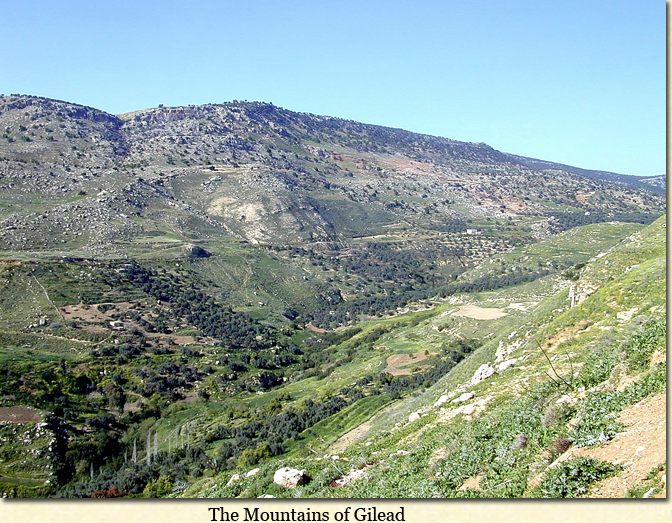 2So they came to Moses and Eleazar the priest and to the leaders of the community, and said, 3“Ataroth, Dibon, Jazer, Nimrah, Heshbon, Elealeh, Sebam, Nebo and Beon— 4the land The LORD Subdued before the people of Israel—are suitable for livestock, and your servants have livestock.

5If we have found favor in your eyes,” they said, “let this land be given to your servants as our possession. Do not make us cross the Jordan.”

6Moses Said to the Gadites and Reubenites, “Should your fellow Israelites go to war while you sit here?7Why do you discourage the Israelites from crossing over into the land The LORD Has Given them? 8This is what your fathers did when I sent them from Kadesh Barnea to look over the land. 9After they went up to the Valley of Eshkol and viewed the land, they discouraged the Israelites from entering the land The LORD Had Given them. 10The LORD'S Anger Was Aroused that day and HE Swore this oath: 11‘Because they have not followed ME wholeheartedly, not one of those who were twenty years old or more when they came up out of Egypt will see the land I Promised on oath to Abraham, Isaac and Jacob— 12not one except Caleb son of Jephunneh the Kenizzite and Joshua son of Nun, for they followed The LORD wholeheartedly.’ 13The Lord’s Anger Burned Against Israel and HE Made them wander in the wilderness forty years, until the whole generation of those who had done evil in His Sight was gone.

14“And here you are, a brood of sinners, standing in the place of your fathers and making The LORD Even More Angry With Israel. 15If you turn away from following Him, HE Will Again Leave all this people in the wilderness, and you will be the cause of their destruction.”

16Then they came up to him and said, “We would like to build pens here for our livestock and cities for our women and children. 17But we will arm ourselves for battlea and go ahead of the Israelites until we have brought them to their place. Meanwhile our women and children will live in fortified cities, for protection from the inhabitants of the land. 18We will not return to our homes until each of the Israelites has received their inheritance. 19We will not receive any inheritance with them on the other side of the Jordan, because our inheritance has come to us on the east side of the Jordan.”

20Then Moses said to them, “If you will do this—if you will arm yourselves Before The LORD for battle 21and if all of you who are armed cross over the Jordan Before The LORD Until HE Has Driven His enemies Out Before Him— 22then when the land is subdued Before The LORD, you may return and be free from your obligation To The LORD and to Israel. And this land will be your possession Before The LORD.

23“But if you fail to do this, you will be sinning Against The LORD; and you may be sure that your sin will find you out. 24Build cities for your women and children, and pens for your flocks, but do what you have promised.”

25The Gadites and Reubenites said to Moses, “We your servants will do as our lord commands. 26Our children and wives, our flocks and herds will remain here in the cities of Gilead. 27But your servants, every man who is armed for battle, will cross over to fight Before The LORD, just as our lord says.”

28Then Moses gave orders about them to Eleazar the priest and Joshua son of Nun and to the family heads of the Israelite tribes. 29He said to them, “If the Gadites and Reubenites, every man armed for battle, cross over the Jordan with you Before The LORD, then when the land is subdued before you, you must give them the land of Gilead as their possession. 30But if they do not cross over with you armed, they must accept their possession with you in Canaan.”

31The Gadites and Reubenites answered, “Your servants will do What The LORD Has Said. 32We will cross over Before The LORD into Canaan armed, but the property we inherit will be on this side of the Jordan.”

34The Gadites built up Dibon, Ataroth, Aroer, 35Atroth Shophan, Jazer, Jogbehah, 36Beth Nimrah and Beth Haran as fortified cities, and built pens for their flocks. 37And the Reubenites rebuilt Heshbon, Elealeh and Kiriathaim, 38as well as Nebo and Baal Meon (these names were changed) and Sibmah. They gave names to the cities they rebuilt.


Transjordan Tribes – The Gadites, the Reubenites and the half-tribe of Manasseh


Here is a proposal made by the Reubenites and Gadites that the land lately conquered might be allotted to them. Two things common in the world might lead these tribes to make this choice;


the lust of the eye, and the pride of life.


There was much amiss in the principle they went upon; they consulted their own private convenience more than the public good. Thus to the present time, many seek their own things more than the Things of JESUS CHRIST; and are led by worldly interests and advantages to take up short of the Heavenly Canaan.

This proposal showed disregard to the land of Canaan, distrust of The LORD'S Promise, and unwillingness to encounter the difficulties and dangers of conquering and driving out the inhabitants of that land. Moses is angry with them. It will become any of GOD'S Israel to sit down unconcerned about the difficult and perilous concerns of their brethren, whether public or personal. HE Reminds them of the fatal consequences of the unbelief and faint-heartedness of their fathers, when they were, as themselves, just ready to enter Canaan. If men considered as they ought what would be the end of sin, they would be afraid of the beginning of it.

Here is the good effect of plain dealing. Moses, by showing their sin, and the danger of it, brought them to their duty, without murmuring or disputing. All men ought to consider the interests of others as well as their own; the law of love requires us to labor, venture, or suffer for each other as there may be occasion. They propose that their men of war should go ready armed before the children of Israel into the land of Canaan, and that they should not return until the conquest of Canaan was ended.

Moses grants their request, but he warns them of the danger of breaking their word. If you fail, you sin Against The LORD, and not against your brethren only. GOD WILL certainly Reckon With you for it. Be sure your sin will find you out. Sin will surely find out the sinner sooner or later. It concerns us now to find our sins out, that we may repent of them, and forsake them, lest they find us out to our ruin.

Concerning the settlement of these tribes, observe that they built the cities, that is, repaired them. They changed the names of them; probably they were idolatrous, therefore they should be forgotten. A spirit of selfishness, of seeking our own, not The Things of CHRIST when each one ought to assist others, is as dangerous as it is common. It is impossible to be sincere in the faith, sensible of The Goodness of GOD, constrained by The Love of CHRIST, sanctified by The Power of The HOLY SPIRIT, and yet be indifferent to the progress of religion, and the spiritual success of others, through love of ease, or fear of conflict.

Let us remember The WORDS of our LORD JESUS;

“In the same way, let your light shine before others, that they may see your good deeds and glorify your FATHER in Heaven.”