David Among The Philistines


David Among the Philistines 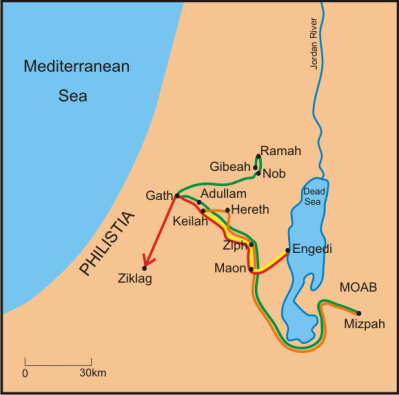 1But David thought to himself, “One of these days I will be destroyed by the hand of Saul. The best thing I can do is to escape to the land of the Philistines. Then Saul will give up searching for me anywhere in Israel, and I will slip out of his hand.”

2So David and the six hundred men with him left and went over to Achish son of Maok king of Gath.3David and his men settled in Gath with Achish. Each man had his family with him, and David had his two wives: Ahinoam of Jezreel and Abigail of Carmel, the widow of Nabal. 4When Saul was told that David had fled to Gath, he no longer searched for him.

5Then David said to Achish, “If I have found favor in your eyes, let a place be assigned to me in one of the country towns, that I may live there. Why should your servant live in the royal city with you?”

6So on that day Achish gave him Ziklag, and it has belonged to the kings of Judah ever since. 7David lived in Philistine territory a year and four months. 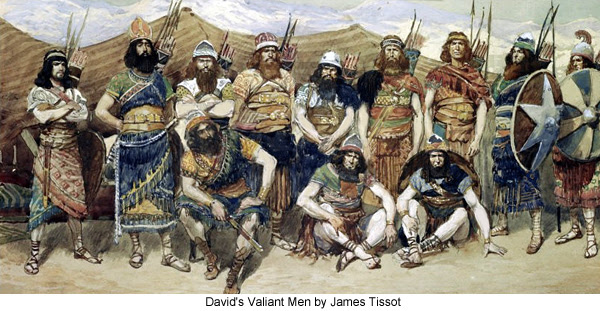 8Now David and his men went up and raided the Geshurites, the Girzites and the Amalekites. (From ancient times these peoples had lived in the land extending to Shur and Egypt.) 9Whenever David attacked an area, he did not leave a man or woman alive, but took sheep and cattle, donkeys and camels, and clothes. Then he returned to Achish.


12Achish trusted David and said to himself, “He has become so obnoxious to his people, the Israelites, that he will be my servant for life.”

David's Campaign Against The Negev

The deceit practiced upon his royal host and the indiscriminate slaughter committed, lest anyone should escape to tell the tale, exhibit an unfavorable view and dark side of this part of David's history.