JEHOVAH Made Solomon The Wisest King Ever


1Solomon made an alliance with Pharaoh king of Egypt and married his daughter. He brought her to the City of David until he finished building his palace and the Temple of The LORD, and the wall around Jerusalem. 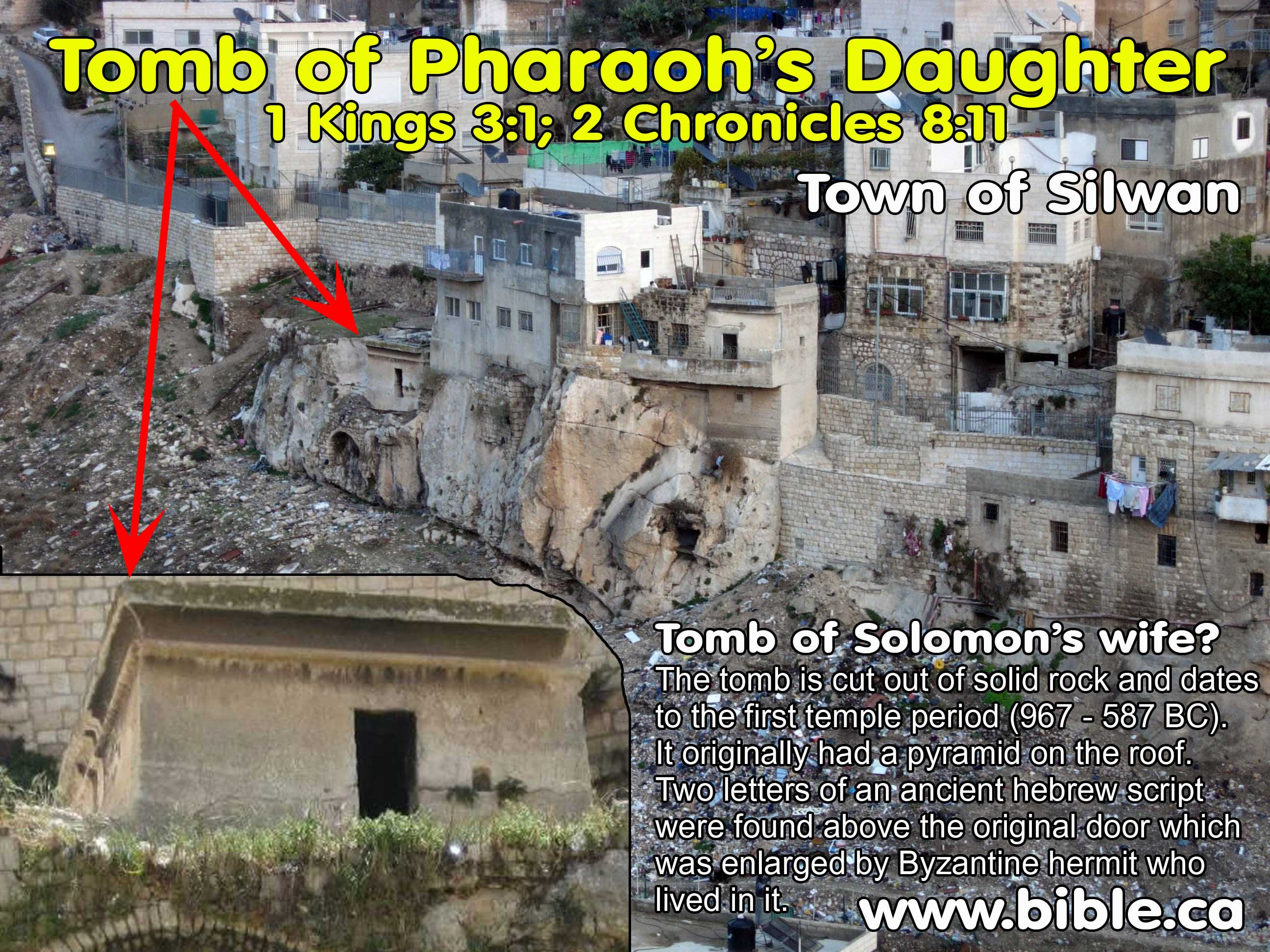 2The people, however, were still sacrificing at the high places, because a Temple had not yet been built for The Name of The LORD.

3Solomon showed his love For The LORD by walking according to the instructions given him by his father David, except that he offered sacrifices and burned incense on the high places.

4The king went to Gibeon to offer sacrifices, for that was the most important high place, and Solomon offered a thousand burnt offerings on that altar.

5At Gibeon The LORD Appeared to Solomon during the night in a dream, and


“Ask for whatever you want ME To Give you.” 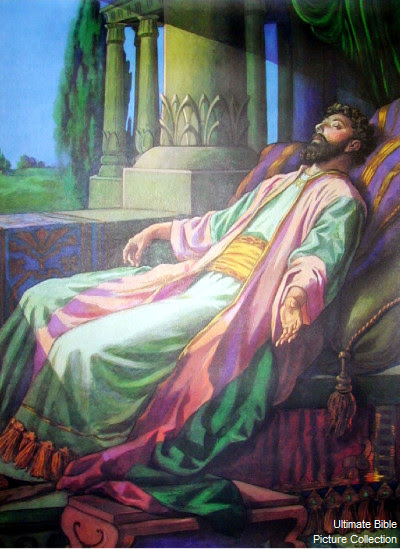 6Solomon answered, “YOU Have Shown Great Kindness to your servant, my father David, because he was faithful to you and righteous and upright in heart. YOU Have Continued this Great Kindness to him and Have Given him a son to sit on his throne this very day.

7“Now, LORD my GOD, YOU Have Made your servant king in place of my father David. But I am only a little child and do not know how to carry out my duties. 8YOUR servant is here among the people YOU Have Chosen, a great people, too numerous to count or number. 9So give YOUR servant a discerning heart to govern YOUR people and to distinguish between right and wrong. For who is able to govern this great people of YOURS?”

10The LORD Was Pleased that Solomon had asked for this.


15Then Solomon awoke—and he realized it had been a dream.

He returned to Jerusalem, stood before The Ark of The LORD'S Covenant and sacrificed burnt offerings and fellowship offerings. Then he gave a feast for all his court. 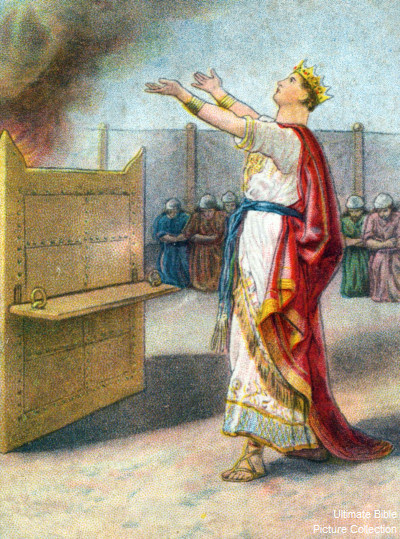 16Now two prostitutes came to the king and stood before him. 17One of them said, “Pardon me, my lord. This woman and I live in the same house, and I had a baby while she was there with me. 18The third day after my child was born, this woman also had a baby. We were alone; there was no one in the house but the two of us.

19“During the night this woman’s son died because she lay on him. 20So she got up in the middle of the night and took my son from my side while I your servant was asleep. She put him by her breast and put her dead son by my breast. 21The next morning, I got up to nurse my son—and he was dead! But when I looked at him closely in the morning light, I saw that it wasn’t the son I had borne.”

22The other woman said, “No! The living one is my son; the dead one is yours.”

But the first one insisted, “No! The dead one is yours; the living one is mine.” And so they argued before the king.

24Then the king said, “Bring me a sword.” So they brought a sword for the king. 25He then gave an order: “Cut the living child in two and give half to one and half to the other.”

26The woman whose son was alive was deeply moved out of love for her son and said to the king, “Please, my lord, give her the living baby! Don’t kill him!” 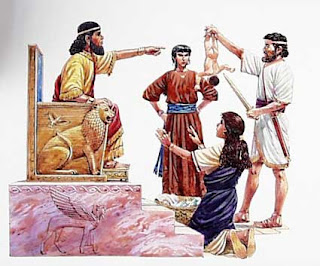 But the other said, “Neither I nor you shall have him. Cut him in two!”

27Then the king gave his ruling: “Give the living baby to the first woman. Do not kill him; she is his mother.”

28When all Israel heard the verdict the king had given, they held the king in awe, because they saw that he had wisdom From GOD to administer justice.


Solomon the Wisest King Ever

Pharaoh's daughter: that is, married her; who was proselyted first to the Jewish religion; which is very probable, or otherwise it can hardly be thought Solomon would marry her; and as the forty fifth psalm, Psalm 45:1, and the Song of Solomon supposed to be written on that occasion, seem to confirm; to which may be added, that it does not appear she ever enticed or drew him into idolatry; for, of all the idols his wives drew him into the worship of, no mention is made of any Egyptian deities.

This was not Solomon's first wife; he was married to Naamah the Ammonitess before he was king, for he had Rehoboam by her a year before that for Solomon reigned only forty years, and Rehoboam, who succeeded him, was forty one years of age when he began to reign, 1 Kings 11:41.

In Gibeon JEHOVAH Appeared to Solomon in a dream by night.  This was not a common natural dream, but an extraordinary, Divine, and supernatural one, a prophetic dream, a night vision, such as GOD Used To Speak to his prophets; in which he had the full use of his reasoning powers, was under Divine impressions, and in a spiritual frame of mind, and in the exercise of grace; it was not a mere dream that The LORD Did Appear To him, but HE Really Did Appear To him while sleeping and dreaming, by some display of HIS Glory in some way or another. 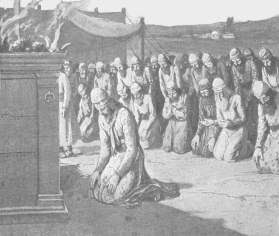 Solomon had asked this thing - Understanding in the affairs of civil government; since he had respect not to his own private benefit and advantage, but the good of the people he governed, and the Honor and Glory of GOD, WHO Had Set him over them, HIS chosen people, and understanding to discern judgment; where the right of a cause lay, that so he might make a right judgment of it, and pass a righteous sentence, a sentence not to the injury of any.

JEHOVAH Has Given him a wise and an understanding heart; HE Had Greatly Increased his wisdom and understanding in things political, things respecting civil government, and also in things natural, in the knowledge of the things of nature as appears from 1 Kings 4:33; and of the arts and sciences.