JEHOVAH Sees All Things We Do - Either Good Or Bad

1Some time later there was an incident involving a vineyard belonging to Naboth the Jezreelite. The vineyard was in Jezreel, close to the palace of Ahab king of Samaria. 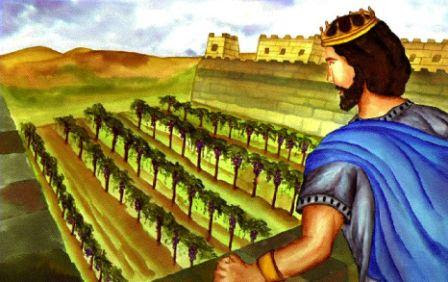 2Ahab said to Naboth, “Let me have your vineyard to use for a vegetable garden, since it is close to my palace. In exchange I will give you a better vineyard or, if you prefer, I will pay you whatever it is worth.”


“The LORD forbid that I should give you the inheritance of my ancestors.”

4So Ahab went home, sullen and angry because Naboth the Jezreelite had said, “I will not give you the inheritance of my ancestors.” He lay on his bed sulking and refused to eat.

5His wife Jezebel came in and asked him, “Why are you so sullen? Why won’t you eat?”

6He answered her, “Because I said to Naboth the Jezreelite, ‘Sell me your vineyard; or if you prefer, I will give you another vineyard in its place.’ But he said, ‘I will not give you my vineyard.’ ”

7Jezebel his wife said, “Is this how you act as king over Israel? Get up and eat! Cheer up. I’ll get you the vineyard of Naboth the Jezreelite.”

8So she wrote letters in Ahab’s name, placed his seal on them, and sent them to the elders and nobles who lived in Naboth’s city with him. 9In those letters she wrote:

“Proclaim a day of fasting and seat Naboth in a prominent place among the people. 10But seat two scoundrels opposite him and have them bring charges that he has cursed both GOD and the king. Then take him out and stone him to death.”

11So the elders and nobles who lived in Naboth’s city did as Jezebel directed in the letters she had written to them. 12They proclaimed a fast and seated Naboth in a prominent place among the people. 13Then two scoundrels came and sat opposite him and brought charges against Naboth before the people, saying, “Naboth has cursed both GOD and the king.” 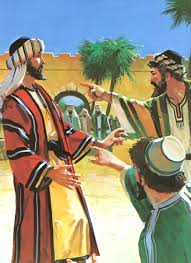 So they took him outside the city and stoned him to death. 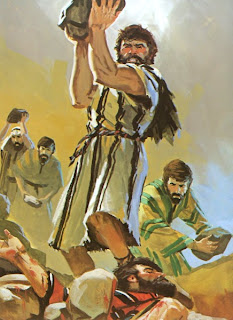 14Then they sent word to Jezebel: “Naboth has been stoned to death.”

15As soon as Jezebel heard that Naboth had been stoned to death, she said to Ahab, “Get up and take possession of the vineyard of Naboth the Jezreelite that he refused to sell you. He is no longer alive, but dead.”

16When Ahab heard that Naboth was dead, he got up and went down to take possession of Naboth’s vineyard.

17Then The WORD of The LORD Came to Elijah the Tishbite:

18“Go down to meet Ahab king of Israel, who rules in Samaria. He is now in Naboth’s vineyard, where he has gone to take possession of it. 19Say to him, ‘This Is What The LORD Says: Have you not murdered a man and seized his property?’ 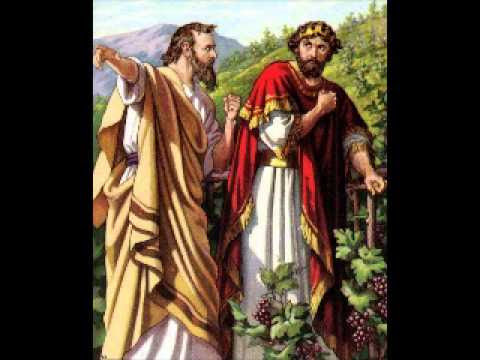 Then say to him,

In the place where dogs licked up Naboth’s blood, dogs will lick up your blood—yes, yours!’ ”

“I have found you,” he answered, “because you have sold yourself to do evil in The Eyes of The LORD. 21HE Says, ‘I AM Going To Bring disaster on you. I Will Wipe Out your descendants and Cut Off from Ahab every last male in Israel—slave or free.a 22I Will Make your house like that of Jeroboam son of Nebat and that of Baasha son of Ahijah, because you have aroused My Anger and have caused Israel to sin.’

‘Dogs will devour Jezebel by the wall of Jezreel.’ 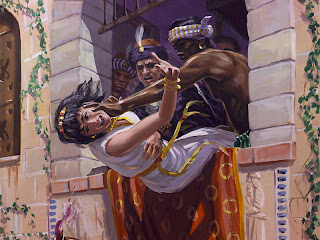 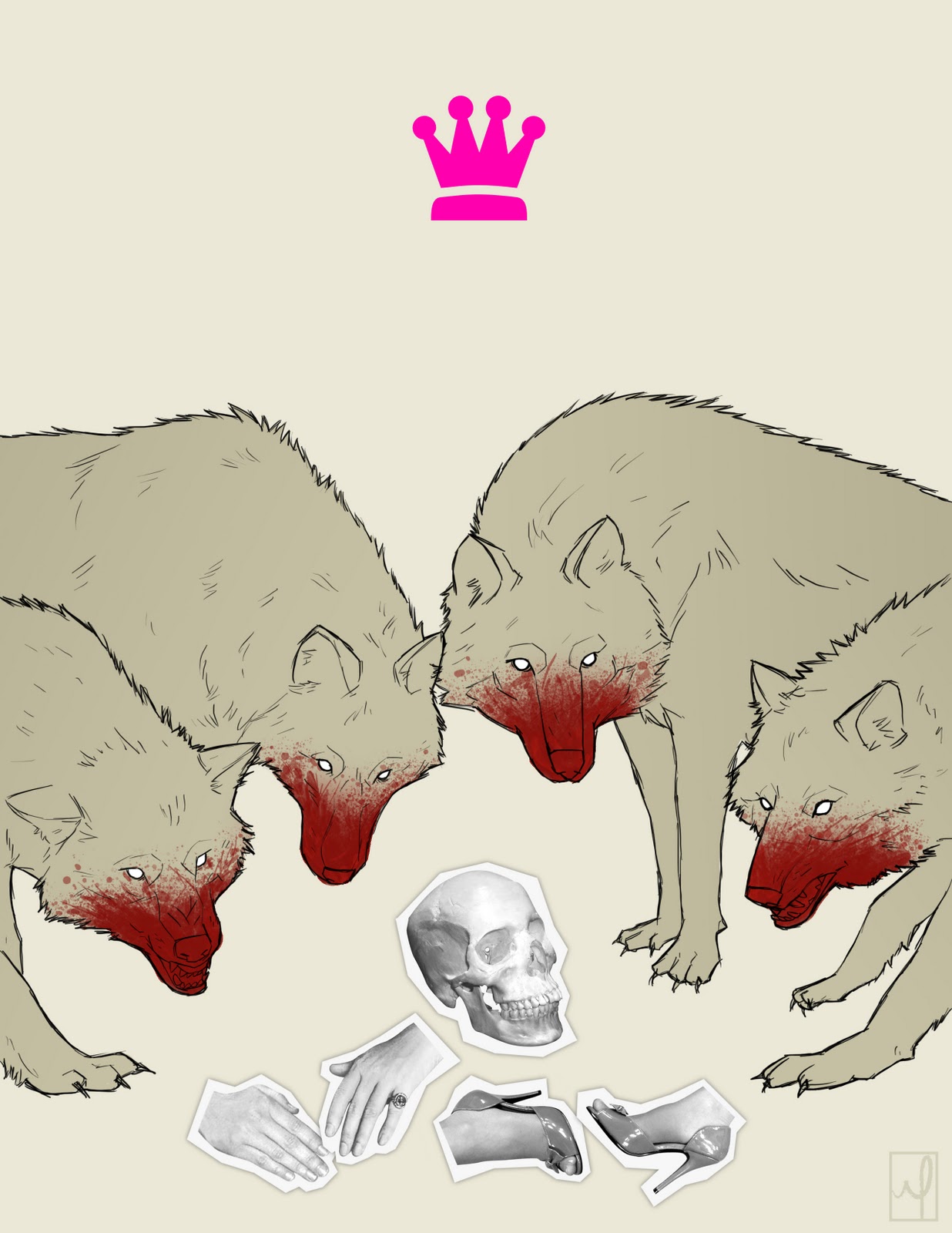 
25(There was never anyone like Ahab, who sold himself to do evil in The Eyes of The LORD, urged on by Jezebel his wife. 26He behaved in the vilest manner by going after idols, like the Amorites The LORD drove out before Israel.)

28 Then The WORD of The LORD Came to Elijah the Tishbite:


Ahab humbles himself Before JEHOVAH

The repentance of Ahab resembles that of the Ninevites Jonah 3:5. It has the same outward signs - fasting and sackcloth - and it has much the same inward character. It springs, not from love, nor from hatred of sin, but from fear of the consequences of sin. It is thus, although sincere and real while it lasts, shallow and exceedingly short-lived.

And lay in sackcloth - In this particular he seems to have gone beyond the usual practice. We do not read elsewhere of mourners passing the night in sackcloth.