JEHOVAH Is The ONE To Be Feared

For the director of music. With stringed instruments. A psalm of Asaph. A song.


1GOD Is Renowned in Judah;
in Israel HIS Name Is Great.
2HIS Tent is in Salem,
HIS Dwelling Place in Zion.
3There HE Broke the flashing arrows,
the shields and the swords, the weapons of war.
4YOU Are Radiant with light,
more Majestic than mountains rich with game. 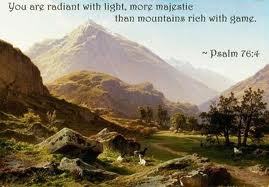 5The valiant lie plundered,
they sleep their last sleep;
not one of the warriors
can lift his hands.
6At YOUR Rebuke, GOD of Jacob,
both horse and chariot lie still.


7It Is YOU Alone WHO Are To Be Feared.
Who can stand Before YOU When YOU Are Angry?


8From heaven YOU Pronounced Judgment,
and the land feared and was quiet—
9When YOU, GOD, Rose Up To Judge,
To Save all the afflicted of the land.
10Surely YOUR Wrath Against mankind brings YOU Praise,
and the survivors of YOUR Wrath are restrained.
11Make vows to The LORD your GOD and fulfill them;
let all the neighboring lands
bring gifts To The ONE To Be Feared.
12HE Breaks the spirit of rulers;
HE Is Feared by the kings of the earth. 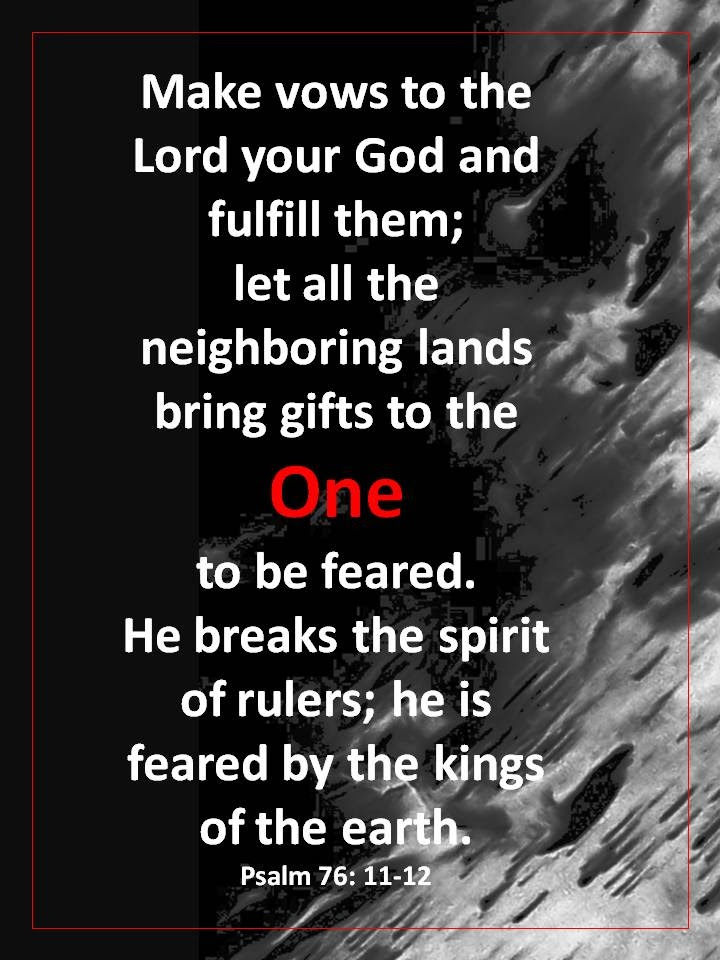 The Septuagint calls it, "A song upon the Assyrians," whence many good interpreters conjecture that it was penned when Sennacherib's army, then besieging Jerusalem, was entirely cut off by a destroying angel in Hezekiah's time; and several passages in the psalm are very applicable to that work of wonder: but there was a religious triumph upon occasion of another victory, in Jehoshaphat's time, which might as well be the subject of this psalm (2 Chronicles 20:28), and it might be called "a song of Asaph" because always sung by the sons of Asaph.

Upon occasion of this glorious victory, whatever it was,

I. The psalmist congratulates the happiness of GOD’S people in having GOD so close (v. 1-3).

II. He celebrates the Glory of GOD'S Power, which this was an illustrious instance of (v. 4-6).

It is a psalm proper for a thanksgiving day, upon the account of public successes, and not improper at other times, because it is never out of season to glorify GOD for the Great Things HE Has Done for HIS people, especially for the Victories of The REDEEMER over the powers of darkness, which all those Old Testament victories were types of those that are celebrated in the psalms.