JESUS Is The MAN WHO Is Close To THE FATHER

1 “On that day a fountain will be opened to the house of David and the inhabitants of Jerusalem, to cleanse them from sin and impurity. 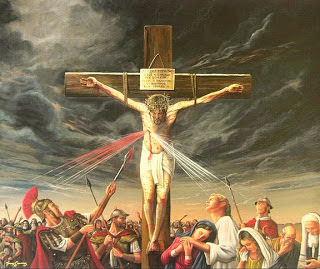 2“On that day, I Will Banish the names of the idols from

the land, and they will be remembered no more,”


“I Will Remove both the prophets and the spirit of

impurity from the land.

3And if anyone still prophesies, their father and mother, to whom they were born, will say to them, ‘You must die, because you have told lies in The LORD'S name.’ Then their own parents will stab the one who prophesies.

4“On that day every prophet will be ashamed of their prophetic vision. They will not put on a prophet’s garment of hair in order to deceive. 5Each will say, ‘I am not a prophet. I am a farmer; the land has been my livelihood since my youth.a ’ 6If someone asks, ‘What are these wounds on your bodyb ?’ they will answer, ‘The wounds I was given at the house of my friends.’


The Shepherd Struck, the Sheep Scattered

7 “Awake, sword, against MY Shepherd,

against The MAM WHO Is Close To ME!”

and the sheep will be scattered,

and I Will Turn MY Hand against the little ones. 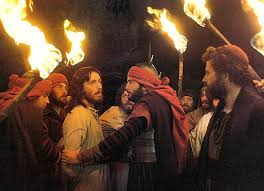 8In the whole land,”

“two-thirds will be struck down and perish;
yet one-third will be left in it.

9This third I will put into the fire;
I Will Refine them like silver
and Test them like gold.

They will call on MY Name

and I Will Answer them;

13:1-6 A fountain would be opened to the rulers and people of the Jews, in which to wash away their sins. Even The Atoning BLOOD of CHRIST, united with HIS Sanctifying Grace. It has been closed to the unbelieving nation of Israel, but when The SPIRIT of Grace shall humble and soften their hearts, HE Will Open it to them also.

This fountain opened is The Pierced Side of CHRIST. We are all as an unclean thing. Behold a fountain opened for us to wash in, and streams flowing to us from that fountain. The BLOOD of CHRIST, and GOD'S Pardoning Mercy in that Blood, Made Known in the New Covenant, are a fountain always flowing, that never can be emptied. It is opened for all believers, who as the spiritual seed of CHRIST, are of the house of David, and, as living members of HIS church, are inhabitants of Jerusalem.

CHRIST, by The Power of HIS Grace, Takes Away the dominion of sin, even of beloved sins. Those who are washed in the fountain opened, as they are justified, so they are sanctified. Souls are brought off from the world and the flesh, those two great idols that they may cleave to GOD only. The thorough reformation which will take place on the conversion of Israel to CHRIST is here foretold.

False prophets shall be convinced of their sin and folly, and return to their proper employments. When convinced that we are gone out of the way of duty, we must show the truth of our repentance by returning to it again. And it is always good for us to recollect The Wounds of our SAVIOR. Often HE Has Been Wounded by professed friends, even by HIS real disciples like Judas Ischariot, when they act contrary to HIS WORD.

13:7-9 Here is a prophecy of The Sufferings of CHRIST. GOD The FATHER Gave order to the sword of HIS Justice to awake against HIS OWN SON JESUS, When HE freely Made HIS Soul an offering for sin. As GOD, HE Is Called MY Fellow. CHRIST and The FATHER Are ONE. HE Is The SHEPHERD WHO Was To Lay Down HIS Life for the sheep.

If a Sacrifice, HE Must Be Slain, for without shedding of the life-blood there was no remission. This sword must awake against HIM, yet HE Had no sin of HIS Own to answer for. It may refer to The Whole of CHRIST'S Sufferings; especially HIS Agonies in the garden and on the cross, when HE Endured unspeakable anguish till DIVINE Justice was fully satisfied.

Smite the Shepherd, and the sheep shall be scattered. This passage our LORD JESUS Declares was fulfilled, when all HIS disciples, in the night When HE Was Betrayed, forsook HIM and fled. It has, and shall have its accomplishment, in the destruction of the corrupt and hypocritical part of the professed church. Because of the sin of the Jews in rejecting and crucifying CHRIST, and in opposing HIS Gospel, the Romans would destroy the greater part. But a remnant would be saved. And if we are HIS people, we shall be refined as gold; HE Will Be GOD, and the end of all our trials and sufferings will be praise, and honor, and glory, at The Appearing of our LORD JESUS CHRIST.