JESUS Is Not Ashamed To Call Us HIS Brothers And Sisters

1We must pay the most careful attention, therefore, to what we have heard, so that we do not drift away.2For since the message spoken through angels was binding, and every violation and disobedience received its just punishment, 3how shall we escape if we ignore so great a salvation? This salvation, which was first announced By The LORD, was confirmed to us by those who heard HIM. 4GOD Also Testified to it by signs, wonders and various miracles, and by Gifts of The HOLY SPIRIT Distributed according to HIS Will.

5It is not to angels that HE Has Subjected the world to come, about which we are speaking.

6But there is a place where someone has testified:

“What is mankind that YOU Are mindful of them, a son

of man that you care for him?

7YOU Made them a little lower than the angels;

YOU Crowned them with glory and honor

8and Put everything under their feet.”

9 But we do see JESUS, WHO Was Made

lower than the angels for a little while,

Now Crowned with Glory and Honor

because HE Suffered death, So that By The GRACE of GOD HE Might

Taste death for everyone. 10In bringing many sons and daughters to Glory, it was

fitting that GOD, For WHOM and Through WHOM

everything exists, Should Make The Pioneer of their

salvation perfect through What HE Suffered.

11Both The ONE WHO Makes people holy

and those who are made holy are of the

same family. So JESUS Is Not Ashamed

To Call them brothers and sisters. 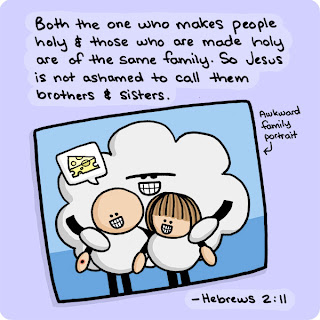 “I Will Declare YOUR Name to MY brothers and sisters; in the assembly I Will Sing YOUR Praises.”h

And again HE Says,

“Here AM I, and the children GOD Has Given ME.” 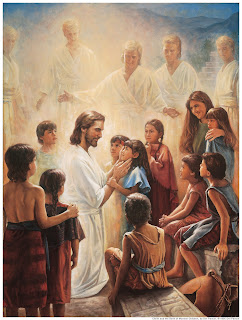 14Since the children have flesh and blood, HE Too Shared in their humanity so that by HIS Death HE Might Break the power of him who holds the power of death—that is, the devil— 15and free those who all their lives were held in slavery by their fear of death. 16For surely it is not angels HE Helps, but Abraham’s descendants.

17 For this reason HE Had To Be Made like them, Fully Human in every way, in order that HE Might Become a Merciful and Faithful High Priest in service To GOD, and that HE Might Make Atonement for the  sins of the people. 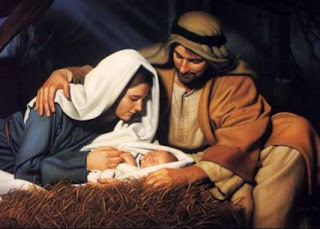 18Because HE HIMSELF Suffered When HE Was Tempted,

HE Is Able To Help those who are being tempted. 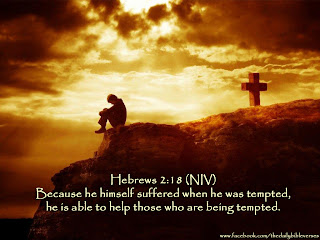