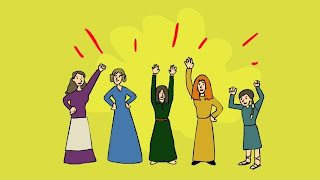 5Then At The LORD'S Command Moses gave this order to the Israelites:

“What the tribe of the descendants of Joseph is saying is right.


6This Is What The LORD Commands for Zelophehad’s daughters: 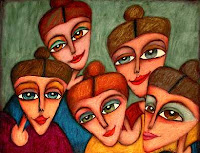 13These are the Commands and Regulations

The LORD Gave through Moses to the Israelites on

the plains of Moab by the Jordan across from Jericho.

The heads of the tribe of Manasseh represent the evil which might follow, if the daughters of Zelophehad should marry into any other tribes. They sought to preserve the Divine Appointment of inheritances, and that contests and quarrels should not rise among those who should come afterwards.

It is the wisdom and duty of those who have estates in the world, to settle them, and to dispose of them, so that no strife and contention may arise, especially after they pass away.

Those who consult the Oracles of GOD, concerning the making of their heavenly inheritance sure, shall not only be directed what to do, but their inquiries shall be graciously accepted. GOD Would Not Have one tribe enriched at the expense of another. Each tribe was to keep to its own inheritance. The daughters of Zelophehad submitted to this appointment. How could they fail to marry well, When GOD HIMSELF Directed them?

All our intentions and inclinations ought to be subjected to The Will of GOD, when that is made known to us, and especially in contracting marriage. Although The WORD of GOD Allows affection and preference in this important relation, it does not sanction that foolish, ungovernable, and idolatrous passion, which does not care what may be the end. All such conduct, however disguised, is against common sense, the happiness of the marriage relation, and, what is still more evil, against the Truth of CHRIST.