JEHOVAH'S Vengeance On The Medianites, Abraham's Descendants By Keturah


Vengeance on the Midianites


2“Take vengeance on the Midianites for the Israelites. After that, you will be gathered to your people.”

3So Moses Said to the people, “Arm some of your men to go to war against the Midianites so that they may carry out The LORD'S Vengeance On them. 4Send into battle a thousand men from each of the tribes of Israel.” 5So twelve thousand men armed for battle, a thousand from each tribe, were supplied from the clans of Israel. 6Moses sent them into battle, a thousand from each tribe, along with Phinehas son of Eleazar, the priest, who took with him articles from the sanctuary and the trumpets for signaling.

7They fought against Midian, As The LORD Commanded Moses, and killed every man. 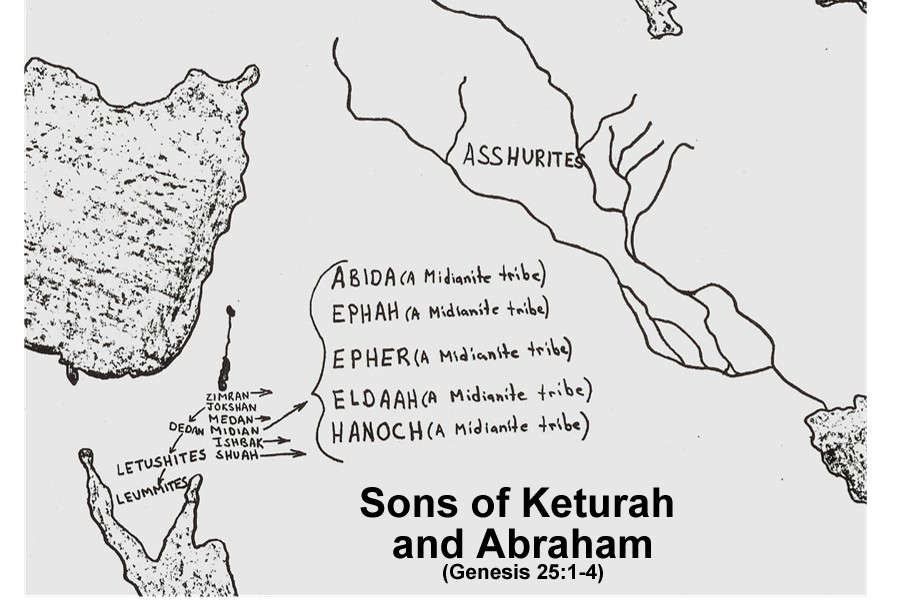 8Among their victims were Evi, Rekem, Zur, Hur and Reba—the five kings of Midian. They also killed Balaam son of Beor with the sword.

9The Israelites captured the Midianite women and children and took all the Midianite herds, flocks and goods as plunder. 10They burned all the towns where the Midianites had settled, as well as all their camps.11They took all the plunder and spoils, including the people and animals, 12and brought the captives, spoils and plunder to Moses and Eleazar the priest and the Israelite assembly at their camp on the plains of Moab, by the Jordan across from Jericho.

13Moses, Eleazar the priest and all the leaders of the community went to meet them outside the camp.14 Moses was angry with the officers of the army—the commanders of thousands and commanders of hundreds—who returned from the battle.

15 “Have you allowed all the women to live?” he asked them. 16“They were the ones who followed Balaam’s advice and enticed the Israelites to be unfaithful To The LORD in the Peor incident, so that a plague struck The LORD'S people.

17Now kill all the boys. 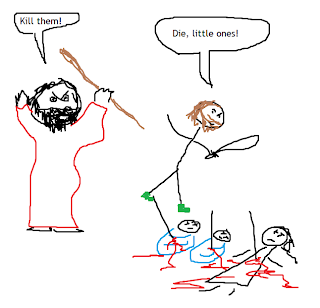 And kill every woman who has slept with a man, 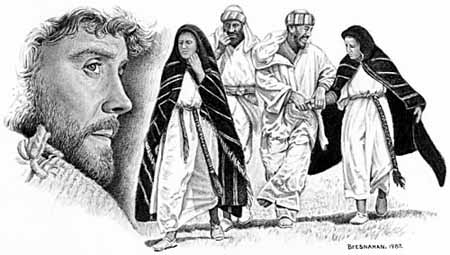 18but save for yourselves every girl who has never slept with a man.

19“Anyone who has killed someone or touched someone who was killed must stay outside the camp seven days. On the third and seventh days you must purify yourselves and your captives. 20Purify every garment as well as everything made of leather, goat hair or wood.”

21Then Eleazar the priest said to the soldiers who had gone into battle, “This is what is required by the Law that The LORD Gave Moses: 22Gold, silver, bronze, iron, tin, lead 23and anything else that can withstand fire must be put through the fire, and then it will be clean. But it must also be purified with the water of cleansing. And whatever cannot withstand fire must be put through that water. 24On the seventh day wash your clothes and you will be clean. Then you may come into the camp.”


26“You and Eleazar the priest and the family heads of the community are to count all the people and animals that were captured. 27Divide the spoils equally between the soldiers who took part in the battle and the rest of the community. 28From the soldiers who fought in the battle, set apart as tribute For The LORD one out of every five hundred, whether people, cattle, donkeys or sheep. 29Take this tribute from their half share and give it to Eleazar the priest As The LORD'S Part. 30From the Israelites’ half, select one out of every fifty, whether people, cattle, donkeys, sheep or other animals. Give them to the Levites, who are responsible for the care of The LORD'S Tabernacle.” 31So Moses and Eleazar the priest did As The LORD Commanded Moses.

36The half share of those who fought in the battle was:

41Moses gave the tribute to Eleazar the priest As The LORD'S Part, As The LORD Commanded Moses.

42The half belonging to the Israelites, which Moses set apart from that of the fighting men— 43the community’s half—was 337,500 sheep, 4436,000 cattle, 4530,500 donkeys 46and 16,000 people. 47From the Israelites’ half, Moses selected one out of every fifty people and animals, As The LORD commanded him, and gave them to the Levites, who were responsible for the care of The LORD'S Tabernacle.

48Then the officers who were over the units of the army—the commanders of thousands and commanders of hundreds—went to Moses 49and said to him, “Your servants have counted the soldiers under our command, and not one is missing. 50So we have brought as an offering To The LORD the gold articles each of us acquired—armlets, bracelets, signet rings, earrings and necklaces—to make atonement for ourselves Before The LORD.”


Why Was Moses Angry With The Commanders?

I was troubled deep down in my mind when I read this chapter bit I shook off  any doubts with the help of Calvin’s Commentary on this chapter.

The anger of Moses might appear to us inhumane, when he severely reproves his soldiers because they had not treated the female captives with the greatest cruelty.


But it is not our business to canvass The Judgments of GOD Before, WHOSE Tribunal we must all later stand. Although, therefore, they may be repugnant to our own feelings, still we must rest assured that, even where they may seem to be excessive, HE nevertheless Tempers the most severe punishments with the most perfect Justice; yes, that although HE May for a time Overlook, or at any rate not so severely Punish, the same sin in the Moabites which HE sorely Avenged upon the Midianites, there is still a most just cause for this distinction, although it may be hidden in HIS Own Heart. It is not our part to murmur against HIM and HIS Doings, lest HE should absolve HIMSELF by condemning our blasphemous audacity and temerity.

The Israelites sinned, in that, when they were only the ministers of GOD'S Vengeance, it rested not in their own discretion to relax any part of it. And this is worthy of observation, that those who are armed with the sword, must not go out of the way on either side one tittle, but faithfully execute Whatever GOD Commands.

Moses, however, gives the reason why the women were no more to be spared than the men, viz., because they had prostituted themselves in order to lay deadly snares for the Israelites. As regards the little ones, the same reason did not affect them, inasmuch as they were guilty of no crime; yet is it not doubtful but that GOD justly Desired that the very name of this wicked and irrecoverable nation should be utterly blotted out; Just As HE afterwards Gave over to destruction the nations of Canaan, together with their offspring.


The question, however, arises by what means the women, who "had not known a man," were to be distinguished from virgins. The Jews, according to their custom, invent a fable in reply, whereas it is probable that the decision was only come to on the ground of their age.