Tremble, Earth, At The Presence of THE LORD JESUS

1When Israel came out of Egypt,
Jacob from a people of foreign tongue,
2Judah became GOD’S Sanctuary,
Israel HIS Dominion.
3The sea looked and fled, 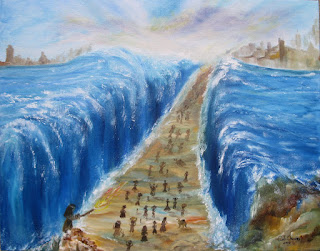 the Jordan turned back;

5Why was it, sea, that you fled?
Why, Jordan, did you turn back?
6Why, mountains, did you leap like rams,
you hills, like lambs?

8WHO Turned the rock into a pool,
the hard rock into springs of water. 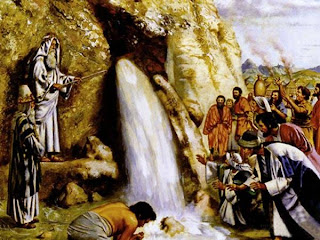 The deliverance of Israel out of Egypt gave birth to their nation, which were then founded, then formed; that work of wonder ought therefore to be had in everlasting remembrance. GOD Gloried in it, in the preface to the Ten Commandments, and Hosea 11:1,


"Out of Egypt Have I Called MY SON."


In this psalm it is celebrated in lively strains of praise; it was fitly therefore made a part of the great Hallelujah, or song of praise, which the Jews were to sing at the close of the Passover Supper.