JESUS Is Our Eternal Sabbath Rest

1“Shout it aloud, do not hold back.
Raise your voice like a trumpet.
Declare to My people their rebellion
and to the descendants of Jacob their sins.
2For day after day they seek ME out;
they seem eager to know MY Ways,
as if they were a nation that does what is right
and has not forsaken the Commands of its GOD.
They ask ME for just decisions
and seem eager for GOD to come near them.
3‘Why have we fasted,’ they say,
‘and you have not seen it?
Why have we humbled ourselves,
and you have not noticed?’
“Yet on the day of your fasting, you do as you please
and exploit all your workers.
4Your fasting ends in quarreling and strife,
and in striking each other with wicked fists.
You cannot fast as you do today
and expect your voice to be heard on high.
5Is this the kind of fast I Have Chosen,
only a day for people to humble themselves?
Is it only for bowing one’s head like a reed
and for lying in sackcloth and ashes?
Is that what you call a fast,
a day acceptable to The LORD?

6 “Is not this the kind of fasting I Have Chosen:

to loose the chains of injustice

and untie the cords of the yoke,

to set the oppressed free 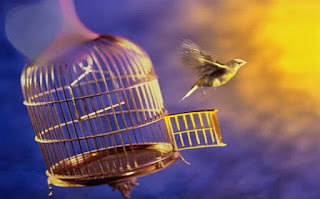 and break every yoke? 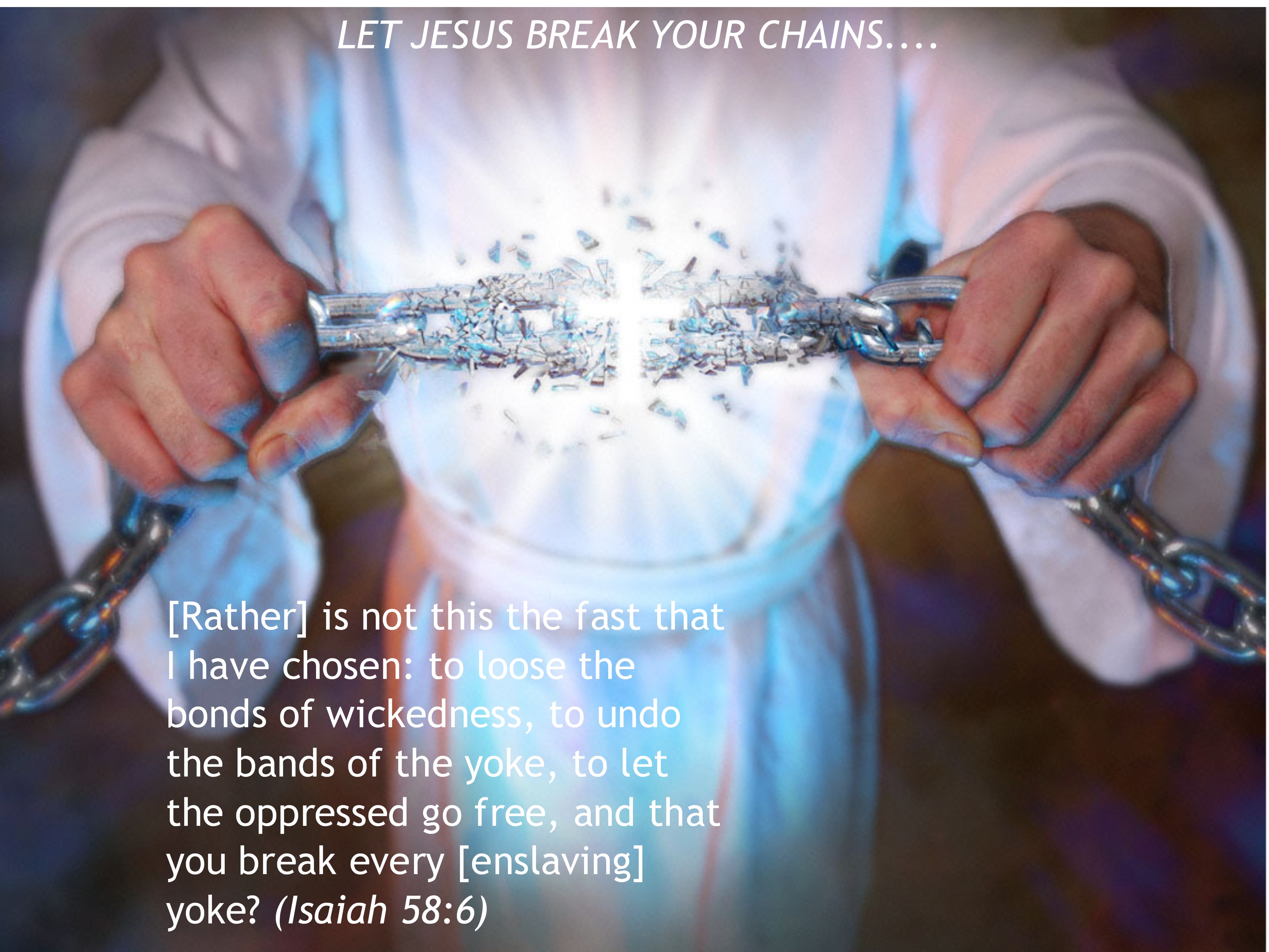 7Is it not to share your food with the hungry

and to provide the poor wanderer with shelter—

when you see the naked, to clothe them,

and not to turn away from your own flesh and blood? 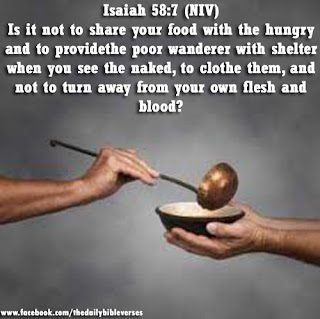 8Then your Light Will Break Forth like the dawn,

and your healing will quickly appear;

then your Righteousness Will Go before you,

and The Glory of The LORD Will Be your rear guard.

9Then you will call, and The LORD Will Answer;
you will cry for help, and HE Will Say: Here AM I.
“If you do away with the yoke of oppression,
with the pointing finger and malicious talk,
10and if you spend yourselves in behalf of the hungry
and satisfy the needs of the oppressed,
then your Light Will Rise in the darkness,
and your night will become like the noonday.
11The LORD Will Guide you always;
HE Will Satisfy your needs in a sun-scorched land
and Will Strengthen your frame.
You will be like a well-watered garden,
like a spring whose waters never fail. 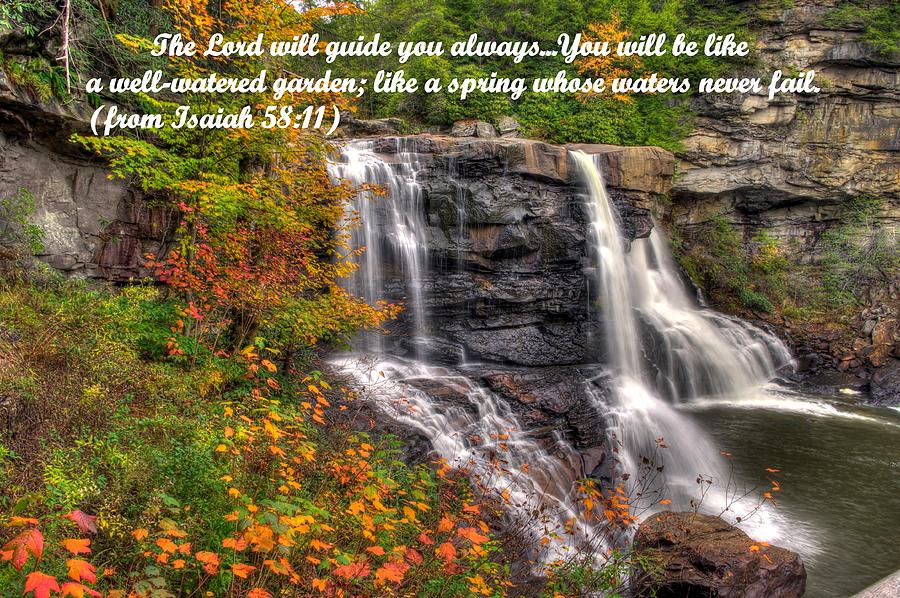 12Your people will rebuild the ancient ruins
and will raise up the age-old foundations;
you will be called Repairer of Broken Walls,
Restorer of Streets with Dwellings.

13“If you keep your feet from breaking The Sabbath
and from doing as you please on MY Holy Day,
if you call The Sabbath a delight
and The LORD'S Holy Day Honorable,
and if you honor it by not going your own way
and not doing as you please or speaking idle words,
14then you will find your joy in The LORDd,
and I Will Cause you to ride in triumph on the heights of the land
and to feast on the inheritance of your father Jacob.”

The Mouth of The LORD Has Spoken.

This elegant chapter contains a severe reproof of the Jews on account of their vices, particularly their hypocrisy in practicing and relying on outward ceremonies, such as fasting and bodily humiliation, without true repentance, Isaiah 58:1-5. It then lays down a clear and comprehensive summary of the duties they owed to their fellow creatures, Isaiah 58:6, Isaiah 58:7. Large promises of happiness and prosperity are likewise annexed to the performance of these duties in a variety of the most beautiful and striking images, Isaiah 58:8-12. Great temporal and spiritual blessedness of those who keep holy the Sabbath Day, Isaiah 58:13, Isaiah 58:14.

JESUS Is our Sabbath Rest


The key to understanding how JESUS Is our Sabbath Rest is the Hebrew word “sabat”, which means “to rest or stop or cease from work.”

The origin of the Sabbath goes back to Creation. After creating the heavens and the earth in six days, GOD “Rested on the seventh day from all HIS Work which HE Had Made” (Genesis 2:2). This doesn’t mean that GOD Was Tired and Needed a rest. We know that GOD Is Omnipotent, literally “all-powerful.” HE Has all the power in the universe, HE Never Tires, and HIS most arduous expenditure of energy does not diminish HIS Power one bit. So, what does it mean that GOD rested on the seventh day? Simply that HE Stopped what HE Was Doing. HE Ceased from HIS Labors. This is important in understanding the establishment of the Sabbath Day and the Role of CHRIST as our Sabbath Rest.

GOD Used the example of HIS Resting on the seventh day of Creation to establish the principle of The Sabbath Day rest for HIS people. In Exodus 20:8-11and  Deuteronomy 5:12-15, GOD Gave the Israelites the fourth of HIS Ten Commandments. They were to “remember” the Sabbath day and “keep it holy.” One day out of every seven, they were to rest from their labors and give the same day of rest to their servants and animals. This was not just a physical rest, but a cessation of laboring. Whatever work they were engaged in was to stop for a full day each week. (Please read our other articles on the Sabbath day, Saturday vs. Sunday and Sabbath keeping to explore this issue further.) The Sabbath Day was established so the people would rest from their labors, only to begin again after a one-day rest.

The various elements of The Sabbath symbolized the Coming of The MESSIAH, WHO Would Provide a permanent rest for HIS people. Once again the example of resting from our labors comes into play. With the establishment of the Old Testament Law, the Jews were constantly “laboring” to make themselves acceptable to GOD. Their labors included trying to obey a myriad of do’s and don’ts of the ceremonial law, the Temple law, the civil law, etc. Of course they couldn’t possibly keep all those Laws, so GOD Provided an array of sin offerings and sacrifices so they could come to HIM for forgiveness and restore fellowship with HIM, but only temporarily. Just as they began their physical labors after a one-day rest, so, too, did they have to continue to offer sacrifices.


Hebrews 10:1tells us that the Law “can never, by the same sacrifices repeated endlessly year after year, make perfect those who draw near to worship.” But these sacrifices were offered in anticipation of the ultimate sacrifice of CHRIST on the cross, Who ”after HE Had Offered one sacrifice for sins forever, Sat Down on The Right Hand of GOD” (Hebrews 10:12). Just as HE Rested after performing the ultimate sacrifice, HE Sat Down and Rested—Ceased from HIS Labor of atonement because there was nothing more to be done, ever. Because of What HE Did, we no longer have to “labor” in law-keeping in order to be justified in the Sight of GOD. JESUS Was Sent so that we might rest in GOD and in what HE Has Provided.

Another element of the Sabbath Day rest which GOD Instituted as a foreshadowing of our complete rest in CHRIST is that HE Blessed it, Sanctified it, and Made it holy. Here again we see the symbol of CHRIST as our Sabbath rest—the holy, perfect SON of GOD WHO Sanctifies and Makes holy all who believe in HIM. GOD Sanctified CHRIST, just as HE Sanctified the Sabbath Day, and Sent HIM into the world (John 10:36) to be our sacrifice for sin. In HIM we find complete rest from the labors of our self-effort, because HE Alone Is holy and Righteous. “GOD Made HIM WHO Had no sin to be sin for us, so that in HiIM we might become the righteousness of GOD” (2 Corinthians 5:21). We can now cease from our spiritual labors and rest in HIM, not just one day a week, but always.


JESUS Can Be our Sabbath rest in part because HE Is “LORD of the Sabbath” (Matthew 12:8). As GOD Incarnate, HE Decides the true meaning of the Sabbath because HE Created it, and HE Is our Sabbath rest in the flesh. When the Pharisees criticized HIM for healing on the Sabbath, JESUS Reminded them that even they, sinful as they were, would not hesitate to pull a sheep out of a pit on the Sabbath. Because HE Came To Seek and Save HIS sheep who would hear HIS Voice (John 10:3, 27) and enter into the Sabbath rest HE Provided by paying for their sins, HE Could Break the Sabbath rules. HE Told the Pharisees that people are more important than sheep and the salvation HE Provided Was More Important Than rules. By saying, “The Sabbath was made for man, not man for the Sabbath” (Mark 2:27), JESUS Was Restating the principle that the Sabbath rest was instituted to relieve man of his labors, Just As HE Came To Relieve us of our attempting to achieve salvation by our works. We no longer rest for only one day, but forever cease our laboring to attain GOD’S Favor. JESUS Is our Rest from works now, Just As HE Is the Door to Heaven, where we will rest in HIM forever.

Hebrews 4 is the definitive passage regarding JESUS as our Sabbath rest. The writer to the Hebrews exhorts his readers to “enter in” to the Sabbath rest provided by CHRIST. After three chapters of telling them that JESUS Is Superior To the angels and that HE Is our Apostle and High Priest, he pleads with them to not harden their hearts against HIM, as their fathers hardened their hearts against JEHOVAH in the wilderness. Because of their unbelief, GOD Denied that generation access to the holy land, saying, “They shall not enter into MY Rest” (Hebrews 3:11). In the same way, the writer to the Hebrews begs them—and us—not to make the same mistake by rejecting GOD’S Sabbath rest in JESUS CHRIST.


“There remains, then, a Sabbath-rest for the people of GOD; for anyone who enters GOD'S rest also rests from his own work, just as GOD did from HIS. Let us, therefore, make every effort to enter that rest, so that no one will fall by following their example of disobedience” (Hebrews 4:9-11).

SJohn 14:6). GOD’S reaction to those who choose to reject HIS Plan is seen in Numbers 15. A man was found gathering sticks on the Sabbath Day, in spite of GOD’s plain Commandment to cease from all labor on the Sabbath. This transgression was a known and willful sin, done with unblushing boldness in broad daylight, in open defiance of the Divine Authority.

“And JEHOVAH Said to Moses, ‘The man shall surely be put to death’” (v. 35). So it will be to all who reject GOD’S Provision for our Sabbath rest in CHRIST. “How shall we escape if we neglect so great a salvation?” (Hebrews 2:3).