JESUS, The Servant Of JEHOVAH Suffered For My Sin


Israel’s Sin and the Servant’s Obedience


1This Is What The LORD Says:

“Where is your mother’s certificate of divorce
with which I Sent her away?
Or to which of my creditors
did I sell you?
Because of your sins you were sold;
because of your transgressions your mother was sent away.
2When I Came, why was there no one?
When I Called, why was there no one to answer?
Was MY Arm Too Short To Deliver you?
Do I Lack the Strength To Rescue you?
By a mere rebuke I Dry Up the sea,
I Turn Rivers into a desert;
their fish rot for lack of water
and die of thirst.
3I Clothe the heavens with darkness
and Make sackcloth its covering.”

4The SOVEREIGN LORD Has Given me a well-instructed tongue,
to know the WORD that sustains the weary.
HE Wakens me morning by morning,
Wakens my ear to listen like one being instructed. 5The SOVEREIGN LORD Has Opened my ears;
I Have Not Been Rebellious,
I Have Not Turned Away.

6I Offered MY Back to those who beat ME, 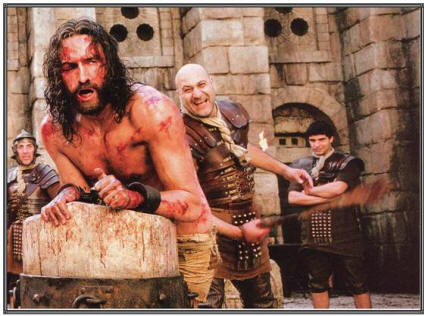 MY Cheeks to those who pulled out MY Beard;

I Did Not Hide MY Face

from mocking and spitting.

7Because The SOVEREIGN LORD Helps ME,
I Will Not Be Disgraced.

Therefore have I Set MY Face like flint,
and I Know I Will Not Be Put To shame.

8HE WHO Vindicates ME Is Near.
Who then will bring charges against ME?
Let Us Face each other!
Who is MY accuser?
Let him confront ME!

9It Is The SOVEREIGN LORD WHO Helps ME.
Who will condemn ME?
They will all wear out like a garment;
the moths will eat them up. 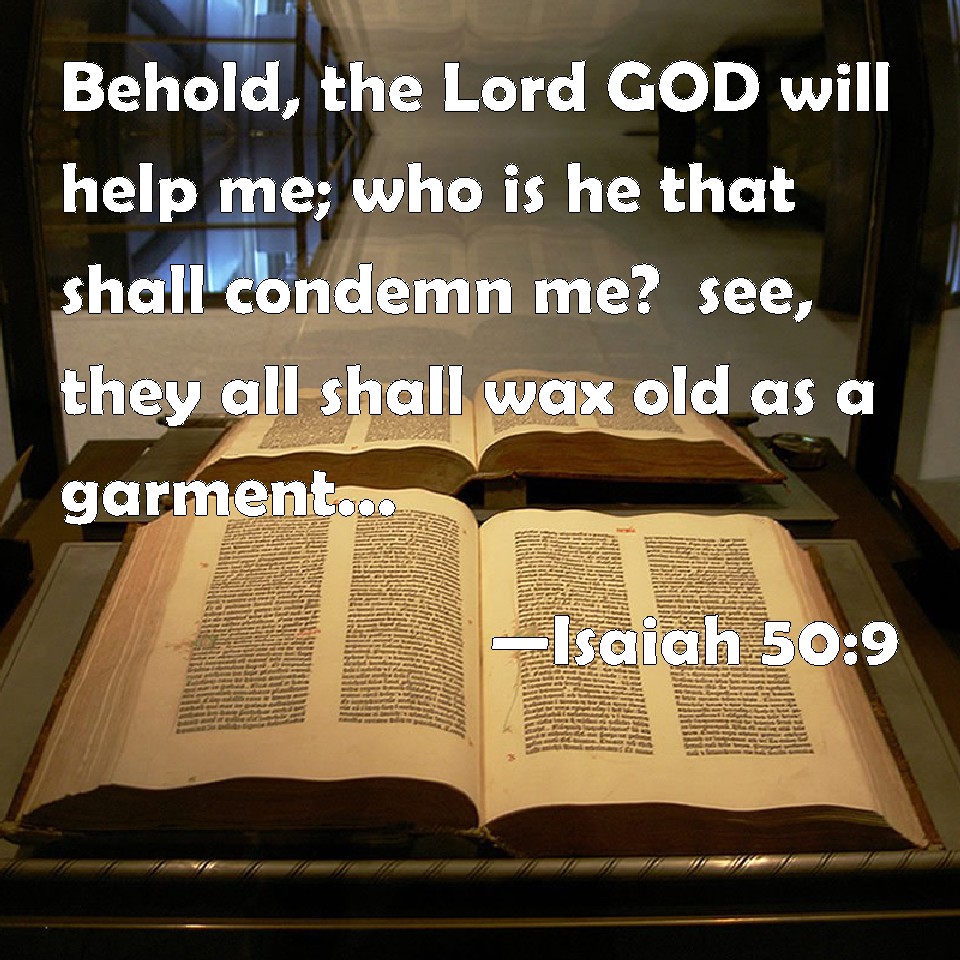 10 Who among you fears The LORD
and obeys The WORD of HIS servant?
Let the one who walks in the dark,
who has no light,
trust in The Name of The LORD
and rely on their GOD.

11 But now, all you who light fires
and provide yourselves with flaming torches,
go, walk in the light of your fires
and of the torches you have set ablaze.
This is what you shall receive from MY Hand:
You will lie down in torment.

50:1-3 Those who have professed to be people of GOD, and seem to be dealt severely with, are apt to complain, as if GOD Had Been Hard With them. Here is an answer for such murmurings; GOD Never Deprived any of their advantages, except for their sins. The Jews were sent into Babylon for their idolatry, a sin which broke the Covenant; and they were at last rejected for crucifying The LORD of Glory. GOD Called On them to leave their sins, and prevent their own ruin. Last of all, The SON Came To HIS OWN, but HIS OWN did not receive HIM. When GOD Calls men to happiness, and they will not answer, they are justly left to be miserable. To silence doubts concerning HIS Power, proofs of it are given. The wonders which attended HIS Sufferings and Death, proclaimed that HE Was The SON of GOD, Matthew 27:54.

50:4-9 As JESUS Was GOD and Man in ONE Person, we find HIM sometimes speaking, or spoken of, as The LORD GOD; at other times, as man and The Servant of JEHOVAH. HE Was to declare the truths which comfort the broken, contrite heart, those weary of sin, harassed with afflictions. And as The HOLY SPIRIT Was Upon HIM, that HE Might Speak as never man spoke; so the same Divine Influence daily Wakened HIM To Pray, To Preach the Gospel, and To Receive and Deliver the whole Will of The FATHER. The FATHER Justified The SON When HE Accepted the Satisfaction HE Made for the sin of man. Who dares to be an enemy to those unto whom HE Is a Friend? Or who will contend with those whom HE Is an Advocate? Thus Paul applies it, Romans 8:33.

50:10 A child of GOD is afraid of incurring HIS Displeasure. This grace usually appears most in believers when in darkness. Those that truly fear GOD obey The Voice of CHRIST. A sincere servant of GOD may for a long time be without views of eternal happiness. Let him trust in The Name of The LORD; and let him stay himself upon the promises of the covenant, and build his hopes on them. Let him trust in CHRIST, trust in that Name of HIS, The LORD our Righteousness.

50:11 Sinners are warned not to trust in themselves. Their own merit and sufficiency are light and heat to them. Creature-comforts are as sparks, short-lived, and soon gone, yet the children of this world, while they last, seek to warm themselves by them, and walk with pride and pleasure in the light of them. Those who make this world their comfort, their own righteousness and their confidence, will certainly meet with bitterness in the end.