Let Him Who Glories Glory In Knowing JESUS The SAVIOR

1Oh, that my head were a spring of water
and my eyes a fountain of tears! 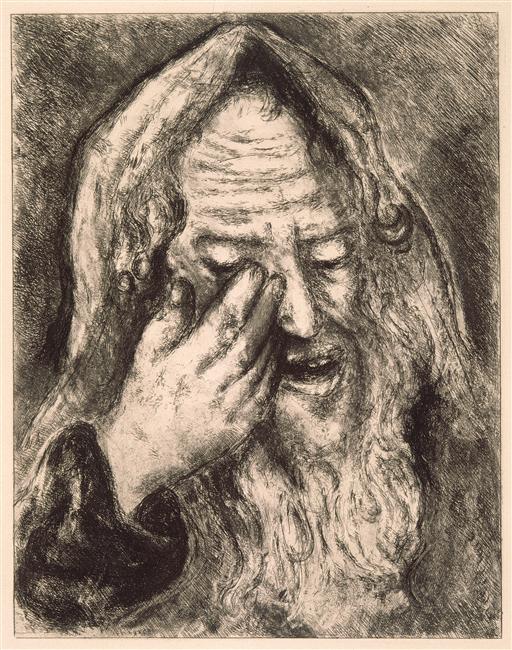 I would weep day and night
for the slain of my people. 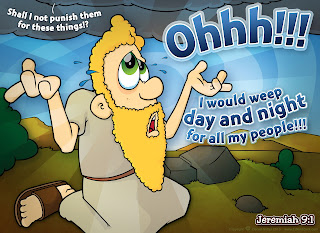 2Oh, that I had in the desert
a lodging place for travelers,
so that I might leave my people
and go away from them;
for they are all adulterers,
a crowd of unfaithful people.

3“They make ready their tongue
like a bow, to shoot lies;
it is not by truth
that they triumph in the land.
They go from one sin to another;
they do not acknowledge ME,”

4“Beware of your friends;
do not trust anyone in your clan.
For every one of them is a deceiver,b
and every friend a slanderer.
5Friend deceives friend,
and no one speaks the truth.
They have taught their tongues to lie;
they weary themselves with sinning.
6You live in the midst of deception;
in their deceit they refuse to acknowledge ME,”

7Therefore This Is What The LORD ALMIGHTY Says:

“See, I Will Refine and Test them,
For What Else Can I Do
because of the sin of MY people?
8Their tongue is a deadly arrow;
it speaks deceitfully.
With their mouths they all speak cordially to their neighbors,
but in their hearts they set traps for them.
9Should I Not Punish them for this?”
Declares The LORD.
“Should I Not Avenge MYSELF
on such a nation as this?”

10I will weep and wail for the mountains
and take up a lament concerning the wilderness grasslands.
They are desolate and untraveled,
and the lowing of cattle is not heard.
The birds have all fled
and the animals are gone.

11“I Will Make Jerusalem a heap of ruins,
a haunt of jackals;
and I Will Lay waste the towns of Judah
so no one can live there.”

12Who is wise enough to understand this? Who has been instructed by The LORD and can explain it? Why has the land been ruined and laid waste like a desert that no one can cross?

13The LORD Said, “It is because they have forsaken MY Law, which I Set before them; they have not obeyed ME or followed MY Law.14Instead, they have followed the stubbornness of their hearts; they have followed the Baals, as their ancestors taught them.”15Therefore This Is What The LORD ALMIGHTY, The GOD of Israel, Says: “See, I Will Make this people eat bitter food and drink poisoned water.16I Will Scatter them among nations that neither they nor their ancestors have known, and I Will Pursue them with the sword until I Have Made an end of them.”

17This Is What The LORD ALMIGHTY Says:

“Consider now! Call for the wailing women to come;
send for the most skillful of them.
18Let them come quickly
and wail over us
till our eyes overflow with tears
and water streams from our eyelids. 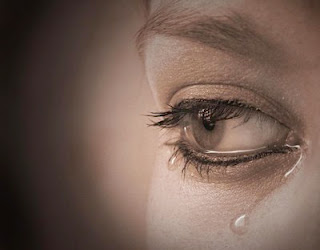 19The sound of wailing is heard from Zion:
‘How ruined we are!
How great is our shame!
We must leave our land
because our houses are in ruins.’ ”
20Now, you women, hear The WORD of The LORD;
open your ears to The WORDS of HIS Mouth.
Teach your daughters how to wail;
teach one another a lament.
21Death has climbed in through our windows
and has entered our fortresses;
it has removed the children from the streets
and the young men from the public squares.

22Say, “This Is What The LORD Declares:

“ ‘Dead bodies will lie
like dung on the open field,
like cut grain behind the reaper,
with no one to gather them.’ ”

23This Is What The LORD Says:

that I AM The LORD, WHO Exercises Kindness,
Justice and Righteousness on earth,
for in these I Delight,” 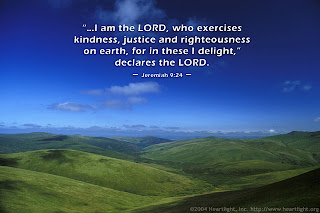 
“When I Will Punish all who are circumcised only in the flesh— 26Egypt, Judah, Edom, Ammon, Moab and all who live in the wilderness in distant places.d For all these nations are really uncircumcised, and even the whole house of Israel is uncircumcised in heart.”

This chapter is a continuation of the Judgments of GOD upon the Jews for their sins and transgressions herein mentioned; illustrated by the lamentation of the prophet; by calling for the mourning women, and upon other women that had lost their husbands or children, with an intimation that none of any rank and class should escape. The prophet is introduced mourning over the destruction of his people, Jeremiah 9:1, and as uneasy at his stay with them, because of their uncleanness, treachery, lying, unfaithfulness, and deceit, Jeremiah 9:2, wherefore The LORD Threatens To Melt and Try them; and for their deceitfulness particularly to visit them, and Avenge HIMSELF on them, Jeremiah 9:7.

The destruction is described by the desolation of the mountains and habitations of the wilderness; they being so burnt up, that there were neither grass upon them, nor beasts nor birds to be seen or heard about them; and of Jerusalem, and the cities of Judah, so that there was no inhabitant in them, Jeremiah 9:10, upon which a wise man is inquired after, to give the true reason of all this, Jeremiah 9:12 but none appearing.

The LORD Gives it HIMSELF; which were their disobedience to HIS Law, and their worship of idols, following the imagination of their own hearts, Jeremiah 9:13 therefore they are threatened to be fed with wormwood and gall; to be scattered among the nations, and a sword sent after them to their total consumption, Jeremiah 9:15, hence, for the certainty of it, mourning women are ordered to be called for in haste, to assist them in their mourning, on account of their distress, Jeremiah 9:17, and such as were mothers of children are bid to teach their daughters and neighbors lamentation, because of the children and young men cut off by death, and for the carcasses of men that should fall as dung in the field, and as the handful after the harvest-man, Jeremiah 9:20.

And it is suggested that none should escape; not the wise man by any art or cunning he was master of; nor the strong man by his strength; nor the rich man by his riches; and therefore ought not either of them to glory in these things, but in The LORD, as Exercising Loving-Kindness, Judgment, and Righteousness in the earth, Jeremiah 9:23.

And the chapter is concluded that the wicked, both circumcised and uncircumcised, should be punished, Jeremiah 9:25.