Seek Help From JESUS For Your Salvation


Woe to Those Who Rely on Egypt

1Woe to those who go down to Egypt for help,
who rely on horses,
who trust in the multitude of their chariots
and in the great strength of their horsemen, 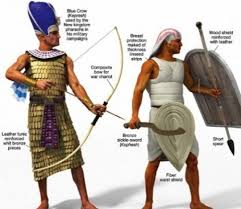 but do not look to The HOLY ONE of Israel,
or seek Help from The LORD.

2Yet HE Too Is Wise and Can Bring disaster;
HE Does Not Take Back HIS WORDS.
HE Will Rise Up Against that wicked nation,
Against those who help evildoers.
3But the Egyptians are mere mortals and not GOD;
their horses are flesh and not spirit.
When The LORD Stretches Out HIS Hand,
those who help will stumble,
those who are helped will fall;
all will perish together.

4This Is What The LORD Says To me:

“As a lion growls,
a great lion over its prey—
and though a whole band of shepherds
is called together against it,
it is not frightened by their shouts
or disturbed by their clamor—
So The LORD ALMIGHTY Will Come Down
To Do battle on Mount Zion and on its heights.
5Like birds hovering overhead,
The LORD ALMIGHTY Will Shield Jerusalem;
HE Will Shield it and Deliver it,
HE Will ‘Pass Over’ it and Will Rescue it.”

6Return, you Israelites, to The ONE you have so greatly revolted against. 7For in that day every one of you will reject the idols of silver and gold your sinful hands have made.

8“Assyria will fall by no human sword;
a sword, not of mortals, will devour them.
They will flee before the sword
and their young men will be put to forced labor. 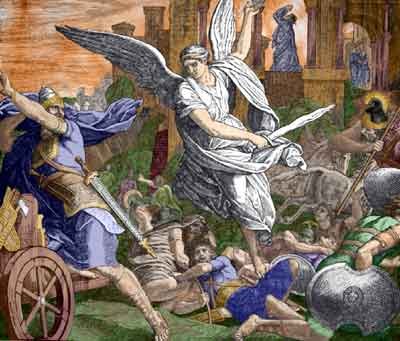 9Their stronghold will fall because of terror;
at the sight of the battle standard their commanders will panic,”
Declares The LORD,
Whose Fire Is in Zion,
Whose Furnace Is in Jerusalem.


Commentaries on the chapter

31:1-5 GOD Will Oppose the help sought from workers of iniquity. Sinners may be convicted of folly by plain and self-evident truths, which they cannot deny, but will not believe. There is no escaping the Judgments of GOD; and evil pursues sinners. The LORD of hosts Will Come Down To Fight For Mount Zion. The Lion of the tribe of Judah Will Appear for the Defense of HIS church. And as birds hovering over their young ones to protect them, with such Compassion and Affection Will The LORD of hosts Defend Jerusalem. HE Will So Defend it, as to secure its safety.

31:6-9 They have been backsliding children, yet still children; let them return, and their backsliding shall be healed, though they have sunk deep into misery, and cannot easily recover. Many make an idol of their silver and gold, and by the love of that are drawn from GOD; but those who turn to GOD, will be ready to part with it. Then, when they have cast away their idols, shall the Assyrian fall by the sword of an angel, who strikes more strongly than a mighty man, yet more secretly than a mean man. GOD Can Make the stoutest heart to tremble. But if we keep up the fire of holy love and devotion in our hearts and houses, we may depend upon GOD to protect us and them.