The HOLY SPIRIT Says, "JESUS Is The WAY, Walk In HIM" 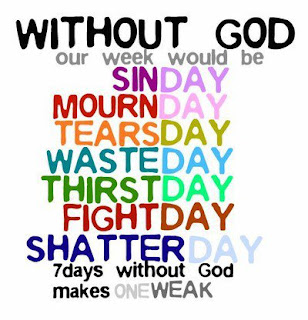 Woe to the Obstinate Nation

1“Woe to the obstinate children,”
Declares The LORD,
“to those who carry out plans that are not MINE,
forming an alliance, but not by MY SPIRIT,
heaping sin upon sin;
2who go down to Egypt
without consulting ME;
who look for help to Pharaoh’s protection,
to Egypt’s shade for refuge.
3But Pharaoh’s protection will be to your shame,
Egypt’s shade will bring you disgrace.
4Though they have officials in Zoan
and their envoys have arrived in Hanes,
5everyone will be put to shame
because of a people useless to them,
who bring neither help nor advantage,
but only shame and disgrace.”

6A prophecy concerning the animals of the Negev:

Through a land of hardship and distress,
of lions and lionesses,
of adders and darting snakes,
the envoys carry their riches on donkeys’ backs,
their treasures on the humps of camels,
to that unprofitable nation,
7to Egypt, whose help is utterly useless.
Therefore I call her
Rahab the Do-Nothing.
8Go now, write it on a tablet for them,
inscribe it on a scroll,
that for the days to come
it may be an everlasting witness.
9For these are rebellious people, deceitful children,
children unwilling to listen to The Lord’s Instruction.
10They say to the seers,
“See no more visions!”
and to the prophets,
“Give us no more visions of what is right!
Tell us pleasant things,
prophesy illusions.
11Leave this way,
get off this path,
and stop confronting us
with The Holy ONE of Israel!”

12Therefore This Is What The Holy ONE of Israel Says:

“Because you have rejected this message,
relied on oppression
and depended on deceit,
13this sin will become for you
like a high wall, cracked and bulging,
that collapses suddenly, in an instant.
14It will break in pieces like pottery,
shattered so mercilessly
that among its pieces not a fragment will be found
for taking coals from a hearth
or scooping water out of a cistern.”

15This Is What The SOVEREIGN LORD, The Holy ONE of Israel, Says:

“In repentance and rest is your salvation,
in quietness and trust is your strength,
but you would have none of it.

16You said, ‘No, we will flee on horses.’
Therefore you will flee!
You said, ‘We will ride off on swift horses.’
Therefore your pursuers will be swift!
17A thousand will flee
at the threat of one;
at the threat of five
you will all flee away,
till you are left
like a flagstaff on a mountaintop,
like a banner on a hill.”
18Yet The LORD Longs To Be Gracious To you;
therefore HE Will Rise Up To Show you Compassion.
For The LORD IS a GOD of Justice.
Blessed are all who wait for HIM!

19People of Zion, who live in Jerusalem, you will weep no more. How Gracious HE Will Be when you cry for Help! As Soon As HE Hears, HE Will Answer you. 20Although The Lord Gives you the bread of adversity and the water of affliction, your teachers will be hidden no more; with your own eyes you will see them.

21 Whether you turn to the right or to the left, your ears will hear a Voice behind you, 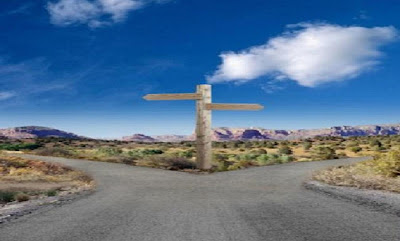 22Then you will desecrate your idols overlaid with silver and your images covered with gold; you will throw them away like a menstrual cloth and say to them, “Away with you!”

23HE Will also Send you rain for the seed you sow in the ground, and the food that comes from the land will be rich and plentiful. In that day your cattle will graze in broad meadows. 24The oxen and donkeys that work the soil will eat fodder and mash, spread out with fork and shovel. 25In the day of great slaughter, when the towers fall, streams of water will flow on every high mountain and every lofty hill.

26The moon will shine like the sun, and the sunlight will be seven times brighter, like the light of seven full days, when The LORD Binds Up the bruises of HIS people and Heals the wounds HE Inflicted. 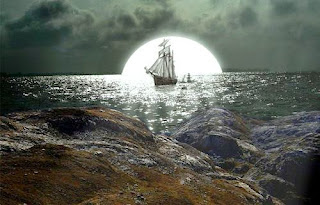 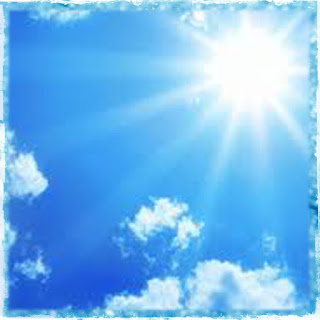 27See, The Name of The LORD Comes from afar,
with Burning Anger and dense clouds of smoke;
HIS Lips Are Full of Wrath,
and HIS Tongue Is a Consuming Fire.
28HIS Breath Is like a Rushing Torrent,
Rising Up to the neck.
HE Shakes the nations in the sieve of destruction;
HE Places in the jaws of the peoples
a bit that leads them astray.
29And you will sing
as on the night you celebrate a holy festival;
your hearts will rejoice
as when people playing pipes go up
to The Mountain of The LORD,
to The ROCK of Israel.
30The LORD Will Cause people to hear HIS Majestic Voice
and Will Make them see HIS Arm Coming Down
with Raging Anger and Consuming Fire,
with cloudburst, thunderstorm and hail.
31The Voice of The LORD Will Shatter Assyria;
with HIS Rod HE Will Strike them Down.
32Every Stroke The LORD Lays On them
with HIS Punishing Club
Will Be to the music of timbrels and harps,
As HE Fights them in battle with the Blows of HIS Arm.
33Topheth has long been prepared;
it has been made ready for the king.
Its fire pit has been made deep and wide,
with an abundance of fire and wood;
The Breath of The LORD,
like a stream of burning sulfur,
Sets it ablaze.


This chapter contains a complaint of the Jews for their sins and transgressions; a prophecy of their destruction for them; a promise of grace and mercy, and of happy times, to the saints; and a threatening of utter and dreadful ruin to the wicked. The Jews are complained of for their rebellion against GOD, their slighting HIS Counsel and Protection, their trust in Egypt, and application there for help; whither they went with their riches for safety, but in vain, it being contrary to the Will and Counsel of GOD, Isaiah 30:1 next follows a denunciation of ruin and destruction for these things, rebellion, and lying, and vain confidence, as well as for contempt of The WORD of GOD, which, that it might appear sure and certain, is ordered to be written in a book, Isaiah 30:8 and this ruin is signified by the sudden falling of a wall, and by the breaking of a potter's vessel into pieces, which can never be used more, Isaiah 30:13 and seeing they rejected the way of salvation proposed by The LORD, and took their own way, first destruction is threatened them, which should be very easily brought about, and become so general, that few should escape it, Isaiah 30:15.


And then promises of grace and mercy are made to them that wait for The LORD, Isaiah 30:18 such as a dwelling place in Zion, hearing their prayers, granting them teachers to instruct them, and the riddance of idolatry from them, Isaiah 30:19 and also many outward blessings, as seasonable rain, good bread corn, fat pastures, good food for cattle, and fruitfulness of mountains and hills, Isaiah 30:23 likewise an amazing degree of spiritual light and glory, and healing of The LORD'S people, Isaiah 30:26.

The chapter is concluded with a threatening of GOD'S Wrath upon the Assyrian, expressed by various similes, as of an angry man, an overflowing torrent, a tempest of thunder, lightning, and hail, and the fire of Tophet,  Isaiah 30:27.