The WORD Of JESUS Is In My Heart Like A Fire

1When the priest Pashhur son of Immer, the official in charge of The Temple of The LORD, heard Jeremiah prophesying these things,2he had Jeremiah the prophet beaten and put in the stocks at the Upper Gate of Benjamin at The LORD'S Temple.

3The next day, when Pashhur released him from the stocks,

Jeremiah said to him, “The LORD'S Name for you is not Pashhur, but Terror on Every Side.


4For This Is What The LORD Says:


‘I Will Make you a terror to yourself and to all your friends; with your own eyes you will see them fall by the sword of their enemies. I Will Give all Judah into the hands of the king of Babylon, who will carry them away to Babylon or put them to the sword. 5I Will Deliver all the wealth of this city into the hands of their enemies—all its products, all its valuables and all the treasures of the kings of Judah. They will take it away as plunder and carry it off to Babylon. 6And you, Pashhur, and all who live in your house will go into exile to Babylon. There you will die and be buried, you and all your friends to whom you have prophesied lies.’ ”


7YOU Deceiveda me, LORD, and I was deceivedb ;
YOU Overpowered me and Prevailed.
I am ridiculed all day long;
everyone mocks me.
8Whenever I speak, I cry out
proclaiming violence and destruction.
So The WORD of The LORD Has Brought me
insult and reproach all day long.

9But if I say, “I will not mention HIS WORD
or speak anymore in HIS Name,”
HIS WORD Is in my heart like a fire,
a fire shut up in my bones.
I am weary of holding it in;
indeed, I cannot. 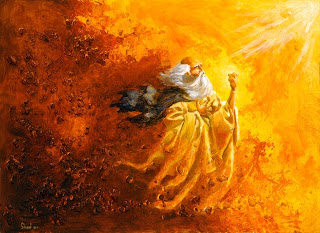 10I hear many whispering,
“Terror on every side!
Denounce him! Let’s denounce him!”
All my friends
are waiting for me to slip, saying,
“Perhaps he will be deceived;
then we will prevail over him
and take our revenge on him.”

11But The LORD Is with me like a Mighty Warrior;
so my persecutors will stumble and not prevail.
They will fail and be thoroughly disgraced;
their dishonor will never be forgotten. 12LORD ALMIGHTY, YOU WHO Examine the righteous
and Probe the heart and mind,
Let me see YOUR Vengeance on them,
for to YOU I Have Committed my cause.

14Cursed be the day I was born!
May the day my mother bore me not be blessed!
15Cursed be the man who brought my father the news,
who made him very glad, saying,
“A child is born to you—a son!”
16May that man be like the towns
The LORD Overthrew without pity.
May he hear wailing in the morning,
a battle cry at noon.
17For he did not kill me in the womb,
with my mother as my grave,
her womb enlarged forever.
18Why did I ever come out of the womb
to see trouble and sorrow
and to end my days in shame? 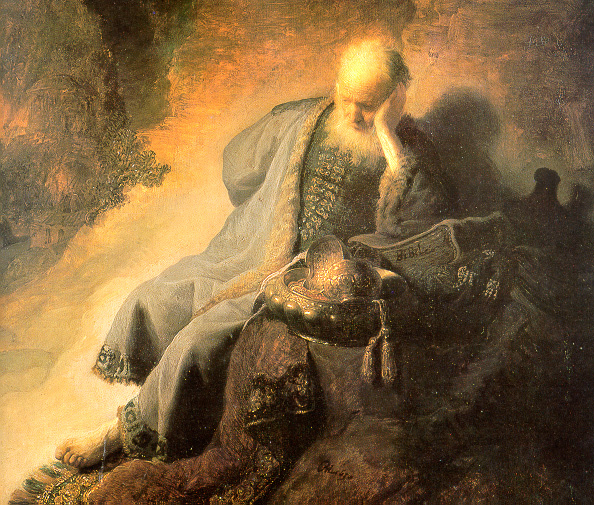 This chapter gives an account of the usage that Jeremiah met with from many for his prophecies, and the effect it had upon him. He was smitten and put in the stocks by Pashur the priest, who released him the next day, Jeremiah 20:1; upon which he prophesies again of the delivery of the city of Jerusalem, with all its riches, and of the whole land, to the Chaldeans(Babylonians); and particularly that Pashur should be a terror to himself and all his friends; and that both he and they should be carried captive into Babylon, and die, and be buried there, Jeremiah 20:4.

And then he complains of his being mocked at by the people for The WORD of The LORD; which he therefore determined to make no more mention of, but was obliged to it; and of the defamation of him, and snares that were laid for him, Jeremiah 20:7; under which he is supported with the consideration of The LORD'S Being with him, and that his enemies should not prevail, but be confounded; and appeals to him, and calls for vengeance from HIM on them; and, in the view of deliverance, not only praises The LORD HIMSELF, but calls upon others to join with him in it, Jeremiah 20:11.

And yet, after all, the chapter is concluded with his cursing the day of his birth, and the man that brought his father the news of it, Jeremiah 20:14.

If this was said immediately upon the foregoing, it was a most strange and sudden change of frame indeed that the prophet came into, from praising GOD, to cursing the day of his birth; Therefore some have thought it was delivered at another time, when in great anguish of spirit; very likely when so ill treated by Pashur to show in what distress he had been, and what reason there was for praise and thanksgiving; for the words may be connected with the preceding, “for he has delivered from the hand of evil doers the soul of the poor” in the time of his distress, “cursed be the day” etc.

But whenever it was spoken, it showed the impatience of the prophet, the weakness of his faith, and the greatness of his folly, to curse a day, and his birth day too, as Job did, when under affliction. Job 3:1

Some say that Jeremiah cursed the day of his birth because it was the ninth of Ab, the day on which The LORD'S Temple was burnt.