You Worm Jacob, Do Not Be Afraid!


The Helper of Israel


1“Be silent Before ME, you islands!
Let the nations renew their strength!
Let them come forward and speak;
Let Us Meet together at the place of Judgment.
2“Who has stirred up one from the east,
calling him in righteousness to HIS Service ?
HE Hands nations over to him
and Subdues kings before him.
HE Turns them to dust with his sword,
to windblown chaff with his bow.
3HE Pursues them and Moves on unscathed,
by a path his feet have not traveled before.
4Who Has Done this and Carried it through,
Calling Forth the generations from the beginning?

I, The LORD—with the first of them

and with the last—I AM HE.”

5The islands have seen it and fear;
the ends of the earth tremble.
They approach and come forward;
6they help each other
and say to their companions, “Be strong!”
7The metalworker encourages the goldsmith,
and the one who smooths with the hammer
spurs on the one who strikes the anvil.
One says of the welding, “It is good.”
The other nails down the idol so it will not topple.

8“But you, Israel, MY servant,

Jacob, whom I Have Chosen,

you descendants of Abraham MY friend,

9I Took you from the ends of the earth,
from its farthest corners I Called you.
I Said, ‘You are MY servant’;
I Have Chosen you and Have Not Rejected you.
10So do not fear, for I AM With you;
do not be dismayed, for I AM your GOD.
I Will Strengthen you and Help you;
I Will Uphold you with MY Righteous Right Hand.
11“All who rage against you
will surely be ashamed and disgraced;
those who oppose you
will be as nothing and perish.
12Though you search for your enemies,
you will not find them.
Those who wage war against you
will be as nothing at all.

13 For I AM The LORD your GOD
WHO Takes Hold of your right hand
and Says to you, Do not fear; I Will Help you.

14 Do not be afraid, you worm Jacob,
little Israel, do not fear,

For I MYSELF Will Help you,”

your REDEEMER, The HOLY ONE of Israel.

15“See, I Will Make you into a threshing sledge,
new and sharp, with many teeth. 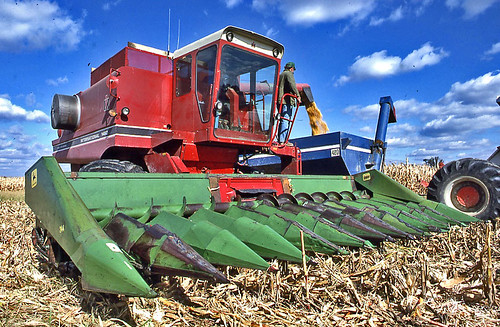 You will thresh the mountains and crush them,
and reduce the hills to chaff.
16You will winnow them, the wind will pick them up,
and a gale will blow them away.
But you will rejoice in The Lord
and glory in The HOLY ONE of Israel.
17“The poor and needy search for water,
but there is none;
their tongues are parched with thirst.

But I The LORD Will Answer them;
I, The GOD of Israel, Will Not Forsake them.

18I Will Make rivers flow on barren heights,
and springs within the valleys.
I Will Turn the desert into pools of water,
and the parched ground into springs.
19I Will Put in the desert
the cedar and the acacia, the myrtle and the olive.
I Will Set junipers in the wasteland,
the fir and the cypress together,
20so that people may see and know,
may consider and understand,
that The Hand of The LORD Has Done this,
that The HOLY ONE of Israel Has Created it.

21“Present your case,” says The LORD.
“Set forth your arguments,” says Jacob’s KING.
22“Tell us, you idols,
what is going to happen.
Tell us what the former things were,
so that we may consider them
and know their final outcome.
Or declare to us the things to come,
23tell us what the future holds,
so we may know that you are gods.
Do something, whether good or bad,
so that we will be dismayed and filled with fear.
24But you are less than nothing
and your works are utterly worthless;
whoever chooses you is detestable.
25“I Have Stirred Up one from the north, and he comes—
one from the rising sun who calls on MY Name.
He treads on rulers as if they were mortar,
as if he were a potter treading the clay.
26Who told of this from the beginning, so we could know,
or beforehand, so we could say, ‘He was right’?
No one told of this,
no one foretold it,
no one heard any words from you.
27I Was the first to tell Zion, ‘Look, here they are!’
I Gave to Jerusalem a messenger of good news.
28I Look but there is no one—
no one among the gods to give counsel,
no one to give answer when I Ask them.
29See, they are all false!
Their deeds amount to nothing;
their images are but wind and confusion.


The design of this chapter is the same as that of the preceding, and it is to be regarded as the continuation of the argument commenced there. Its object is to lead those who were addressed, to put confidence in YAHWEH.

This is to be considered as addressed to the exile Jews in Babylon, near the close of their captivity. Their country, city, and temple had been laid waste. The prophet represents himself as bringing consolation to them in this situation; particularly by the assurance that their long captivity was about to end; that they were about to be restored to their own land, and that their trials were to be succeeded by brighter and happier times.

In the previous chapter there were general reasons given why they should put their confidence in YAHWEH GOD - arising from the firmness of HIS Promises, the fact that HE Had Created all things; that HE Had all power, etc. In this chapter there is a more definite view given, and a clearer light thrown on the mode in which deliverance would be brought to them. The prophet specifies that GOD Would Raise Up a deliverer, and that that deliverer would be able to subdue all their enemies.

The chapter may be conveniently divided into the following parts:

I. YAHWEH Calls the distant nations to a public investigation of HIS Ability to aid HIS people; to an argument whether HE Was Able To Deliver them; and to the statement of the reasons why they should confide in Him Isaiah 41:1.

II. HE Specifies that HE Will Raise Up a man from the east - who should be able to overcome the enemies of the Jews, and to effect their deliverance Isaiah 41:2-4.

III. The consternation of the nations at the approach of Cyrus the Great and their excited and agitated fleeing to their idols is described Isaiah 41:5-7.

IV. YAHWEH Gives to HIS people the Assurance of HIS Protection, and Friendship Isaiah 41:8-14.

1. Because they were the children of Abraham, HIS friend, and HE Was Bound in Covenant faithfulness to protect them Isaiah 41:8-9.

2. By direct assurance that HE Would Aid and Protect them; that though they were feeble, yet HE Was Strong Enough To Deliver them Isaiah 41:10-14.

V. HE Says that HE Will Enable them to overcome and scatter their foes, as the chaff is driven away on the mountains by the whirlwind Isaiah 41:15-16.

VI. HE Gives to HIS people the special promise of assistance and comfort. HE Will Meet them in their desolate condition, and Will Give them consolation as if fountains were opened in deserts, and trees producing grateful shade and fruit were planted in the wilderness Isaiah 41:17-20.

VII. HE Appeals directly to the enemies of the Jews, to the worshipers of idols. HE Challenges them to give any evidence of the power or the divinity of their idols; and Appeals to the fact that HE Had Foretold future events; that HE Had Raised Up a deliverer for HIS people in proof of HIS Divinity, and HIS Power to save Isaiah 41:21-29.

The argument of the whole is, that the idol-gods were unable to defend the nations which trusted in them; that GOD Would Raise Up a mighty prince (Cyrus the Great), who should be able to deliver the Jews from their long and painful calamity, and that they, therefore, should put their trust in YAHWEH.