JEHOVAH Shows Mercy Over All HIS Creation


Jonah’s Anger at The LORD'S Compassion

1 But to Jonah this seemed very wrong, and he became angry.


2He prayed to The LORD,

“Isn’t this what I said, LORD, when I was still at home? That is what I tried to forestall by fleeing to Tarshish. I knew that YOU Are A Gracious and Compassionate GOD, Slow to anger and Abounding in love, A GOD WHO Relents from sending calamity. 3Now, LORD, take away my life, for it is better for me to die than to live.”

4But The LORD Replied,

“Is it right for you to be angry?”

5Jonah had gone out and sat down at a place east of the city. There he made himself a shelter, sat in its shade and waited to see what would happen to the city. 6Then The LORD GOD Provided a leafy plant and made it grow up over Jonah to give shade for his head to ease his discomfort, and Jonah was very happy about the plant.

7But at dawn the next day GOD Provided a worm, which chewed the plant so that it withered. 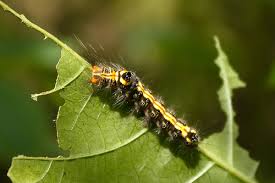 8When the sun rose, GOD Provided a scorching east wind, and the sun blazed on Jonah’s head so that he grew faint.

He wanted to die, and said,

“It would be better for me to die than to live.”

9But GOD Said to Jonah,

“Is it right for you to be angry about the

10But The LORD Said,


“You have been concerned about this plant, though

you did not tend it or make it grow. It sprang up

11And should I Not Have Concern for the great city of

Nineveh, in which there are more than a hundred and

hand from their left—and also many animals?”

JONAH'S DISPLEASURE AND ITS CORRECTION

Verses 1-4.  Jonah is grieved at the sparing of Nineveh, the expectation of which had led to his former flight, and complains of GOD'S clemency.

Verse 1.  It displeased Jonah exceedingly; literally, it was evil to Jonah, a great evil. It was more than mere displeasure which he felt; he was vexed and irritated. The reference is to what is said in the last verse of the preceding chapter, viz. that the predicted destruction was not inflicted.

How the knowledge of this reprieve was conveyed to the prophet we are not informed. It probably was made known to him before the expiration of the forty days by Divine communication, in accordance with the saying in Amos 3:7,

"Surely The LORD Will Do nothing, But HE Reveals HIS secret to HIS servants the prophets."

Various reasons have been assigned for this displeasure.

(1) Because he saw in this conversion of Gentiles a token of the ruin of his own people, who remained always hardened and impenitent.


(2) A mistaken patriotism, which could not endure to find mercy extended to a heathen nation which had already proved hostile to Israel and was destined to oppress it still further. This last seem to have been the real ground of his annoyance. So deep was this, that he would gladly have seen the sentence executed even after the city had repented (compare verse 11, "Should not I spare Nineveh," i.e. which you would have ME even now destroy?)

He was very angry; Septuagint, συνεχύθη, "was confounded." His vexation increased to anger.

Verse 5.  Jonah, not yet abandoning his hope of seeing the city punished, makes for himself a hut outside the walls, and waits there to see the issue. Went out of the city. It is best so rendered, and not in the pluperfect. It must have been before the end of the forty days that Jonah perceived that Nineveh would escape.

On the east side of the city. The opposite side to that by which he had entered, and where the high ground enabled him to overlook the town, without necessarily sharing in its destruction. A booth.  What would become of the city. He still expected that some calamity would befall the Ninevites, perhaps with the idea that their repentance would prove so imperfect and temporary that GOD Would Punish them after all.

Verses 6, 7.  GOD Causes a plant to spring up in order to shade Jonah from the sun; but it is made soon to wither away and leave him exposed to the scorching rays.

Verse 6.   Prepared (verse 7, 8);appointed. A gourd; Hebrew, kikaion (here only in the Old Testament); Septuagint, κολοκύνθη," pumpkin and common in the sandy regions of Palestine. It has large leaves and grows to a considerable height in a very few days, so that a mere shrub becomes quickly a small tree. The candor and simplicity of the writer throughout are very remarkable. He may have seen in this providential shelter an intimation that GOD Approved of his intention to wait and see the issue.

Verses 8-11.  Jonah grieves bitterly for the loss of the gourd; and GOD Takes occasion from this to point out the prophet's inconsistency and pitilessness in murmuring against the Mercy shown to Nineveh with its multitude of inhabitants.

Verse 8.  A vehement east wind; there are two kinds of sirocco, equally destructive and annoying - the violent wind, which fills the air with dust and sand; and the quiet one, when scarcely any air is stirring, but the heat is most overpowering. Beat upon the head. The same word for the effect of the rays of the sun as in Psalm 121:6 and elsewhere.

Verse 11. - Should Not I Spare Ninevah? The contrast between the feeling and conduct of GOD and those of the prophet is very forcible. You have compassion for a plant of little worth, in whose growth you have had no concern, to which you have no right; Should I Not Pity a great city which is MINE, which I Have Permitted To Grow into power? You have compassion on a flower which sprang up in a day and withered in a day; Should I Not Pity this town with its teeming population and its multitude of cattle, the least of which is more worth than any senseless plant, and which I uphold daily with My Providence?

Six score thousand persons that cannot discern between their right hand and their left hand; i.e. children of tender years, who did not know which hand was the strongest and fittest for use; or, metaphorically, who had no knowledge between good and evil" (Deuteronomy 1:39), at present incapable of moral discernment.

This limitation would include children of three or four years old; and, taking these as one-fifth of the population, we should set the inhabitants at six hundred thousand in number. The multitude of these innocent children, who must perish if the city were destroyed, is an additional reason why it should be spared. A still further claim for compassion is appended. And also much cattle. GOD'S Mercy Is Over all HIS Works; HE Preserves man and beast (Psalm 36:6; Psalm 145:9), and as man is superior to other animals, so are cattle better than plants.

The book ends abruptly, but its object is accomplished. Jonah is silenced; he can make no reply; he can only confess that he is entirely wrong, and that GOD Is Righteous. He learns the lesson that GOD Would Have all men saved, and that that narrow-mindedness which would exclude heathen from HIS KINGDOM is displeasing to HIM and alien from HIS Design.

"For YOU Have Mercy upon all; for YOU Can Do all things, and Winks At the sins of men in order that they should repent. For YOU Love all the things that are, and Abhor nothing that YOU Have Made; for Never Would YOU Have Made anything If YOU Had Hated it.  But YOU Spare all; for they are YOURS, O LORD, YOU Lover of souls."