Jonah Flees From The LORD


1The WORD of The LORD Came to Jonah son of

2“Go to the great city of Nineveh and preach against it, because its wickedness has come up before ME.”

3But Jonah ran away from The LORD and headed for Tarshish.
He went down to Joppa, where he found a ship bound for that port.

After paying the fare, he went aboard and sailed for Tarshish to flee From The LORD. 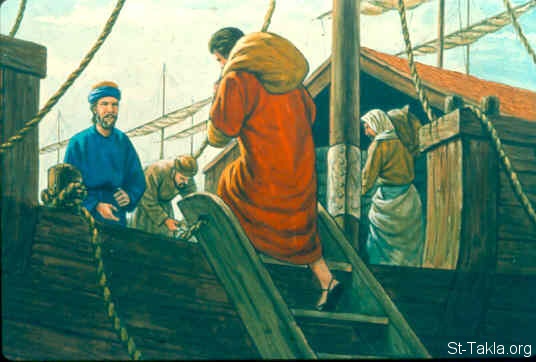 4Then The LORD Sent a great wind on the sea, and such a violent storm arose that the ship threatened to break up.

5All the sailors were afraid and each cried out to his own god. And they threw the cargo into the sea to lighten the ship.

But Jonah had gone below deck, where he lay down and fell into a deep sleep. 6The captain went to him and said, “How can you sleep? Get up and call on your god! Maybe he will take notice of us so that we will not perish.”

“I am a Hebrew and I worship The LORD, The GOD of Heaven, WHO Made the sea and the dry land.”

10This terrified them and they asked, “What have you done?” (They knew he was running away From The LORD, because he had already told them so.)

11The sea was getting rougher and rougher. So they asked him, “What should we do to you to make the sea calm down for us?”

12“Pick me up and throw me into the sea,” he replied, “and it will become calm. I know that it is my fault that this great storm has come upon you.”

13Instead, the men did their best to row back to land. But they could not, for the sea grew even wilder than before. 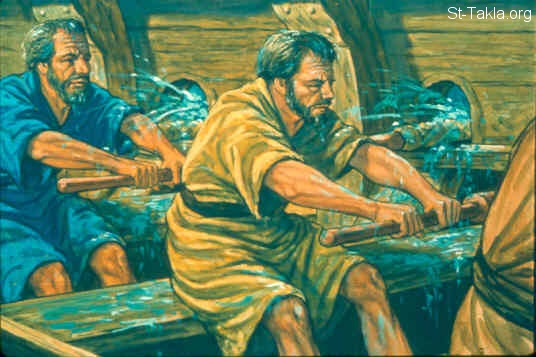 14Then they cried out to The LORD, “Please, LORD, do not let us die for taking this man’s life. Do not hold us accountable for killing an innocent man, For YOU, LORD, Have Done As YOU Pleased.” 15Then they took Jonah and threw him overboard, and the raging sea grew calm. 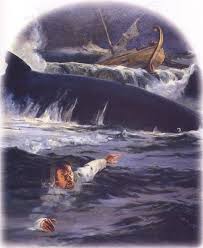 16At this the men greatly feared The LORD, and they offered a sacrifice to The LORD and made vows to HIM.

17 Now The LORD Provided a huge fish to swallow Jonah, 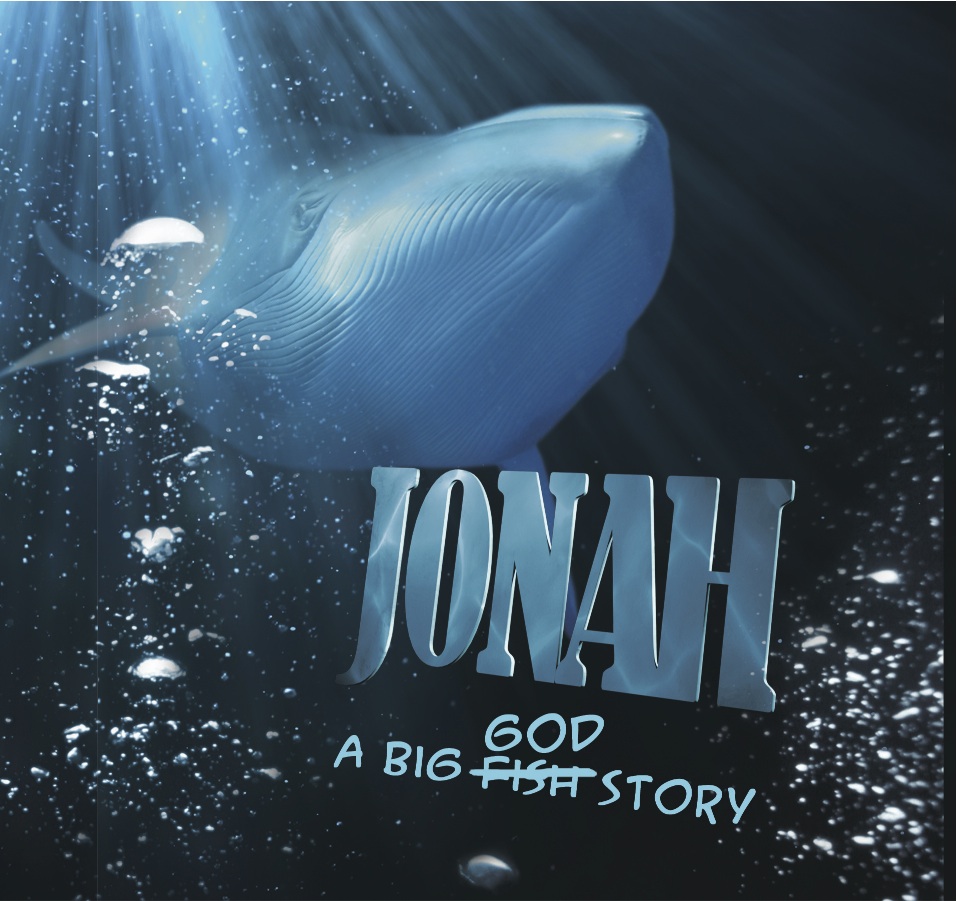 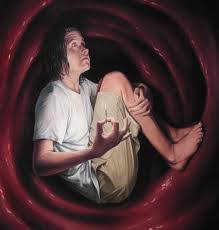 THE BOOK OF JONAH

Jonah was the son of Amittai, of Gath-hepher in Zebulun (called Gittah-hepher in Jos 19:10-13), so that he belonged to the kingdom of the ten tribes, not to Judah. His date is to be gathered from

"He (Jeroboam II) restored the coast of Israel from the entering of Hamath unto the sea of the plain, according to The WORD of The LORD GOD of Israel, which HE Spoke by the hand of HIS servant Jonah, the son of Amittai, the prophet, which was of Gath-hepher. For The LORD Saw the affliction of Israel, that it was very bitter: for there was not any shut up, nor any left, nor any helper for Israel. And The LORD Said Not That HE Would Blot Out the name of Israel from under heaven: but HE Saved them by the hand of Jeroboam the son of Joash."

Now as this prophecy of Jonah was given at a time when Israel was at the lowest point of depression, when "there was not any shut up or left," that is, confined or left at large, none to act as a helper for Israel, it cannot have been given in Jeroboam's reign, which was marked by prosperity, for in it Syria was worsted in fulfillment of the prophecy, and Israel raised to its former "greatness." It must have been, therefore, in the early part of the reign of Joash, Jeroboam's father, who had found Israel in subjection to Syria, but had raised it by victories which were followed up so successfully by Jeroboam. Thus Jonah was the earliest of the prophets, and close upon Elisha, who died in Joash's reign, having just before his death given a token prophetical of the thrice defeat of Syria (2 Kings 13:14-21).

That the account of Jonah is history, and not parable, appears from our LORD'S reference to it, in which the personal existence, miraculous fate, and prophetical office of Jonah are explicitly asserted:

Jonas was three days and three nights in the whale's belly, So

The LORD Recognizes his being in the belly of the fish as a "sign," that is, a real miracle, typical of a similar event in HIS OWN History; and assumes the execution of the prophet's commission to Nineveh,

"The men of Nineveh … repented at the preaching of Jonas; and

The Book of Jonah is among the Scriptures, as the only prophecy in it concerns Nineveh, a heathen city, and makes no mention of Israel, which is referred to by every other prophet. The reason seems to be: a tacit reproof of Israel is intended; a heathen people were ready to repent at the first preaching of the prophet, a stranger to them; but Israel, who boasted of being GOD'S elect, repented not, though warned by their own prophets at all seasons.

This was an anticipatory streak of light before the dawn of the full "light to lighten the Gentiles" (Luke 2:32).

Jonah is himself a strange paradox: a prophet of GOD, and yet a runaway from GOD: a man drowned, and yet alive: a preacher of repentance, yet one that repines at repentance. Yet Jonah, saved from the jaws of death himself on repentance, was the fittest to give a hope to Nineveh, doomed though it was, of a merciful respite on its repentance. The patience and pity of GOD stand in striking contrast with the selfishness and hard-heartedness of man.

Nineveh in particular was chosen to teach Israel these lessons, on account of its being capital of the then world kingdom, and because it was now beginning to make its power felt by Israel. Our LORD (Matthew 12:41) makes Nineveh's repentance a reproof of the Jews' impenitence in HIS day, just as Jonah provoked Israel to jealousy by the same example. Jonah's mission to Nineveh implied that a heathen city afforded as legitimate a field for the prophet's labors as Israel, and with a more successful result (compare Amos 9:7).

The book is prose narrative throughout, except the prayer of thanksgiving in the second chapter (Jonah 2:1-9). The purity of the language implies the antiquity of the book, and the likelihood of its being Jonah's own writing. Indeed, none but Jonah could have written or dictated such peculiar details, known only to himself.