1At that time JESUS Went Through the grainfields on the Sabbath. HIS disciples were hungry and began to pick some heads of grain and eat them.

2When the Pharisees saw this, they said to HIM,

“Look! YOUR disciples are doing what is unlawful on the Sabbath.” 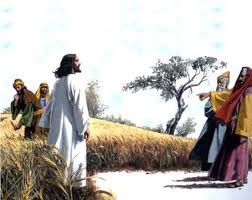 
6I tell you that something greater than

the Temple is here.

7If you had known what these WORDS

mean, ‘I Desire Mercy, not Sacrifice,’ you

would not have condemned The

8 For The SON of Man Is LORD of The 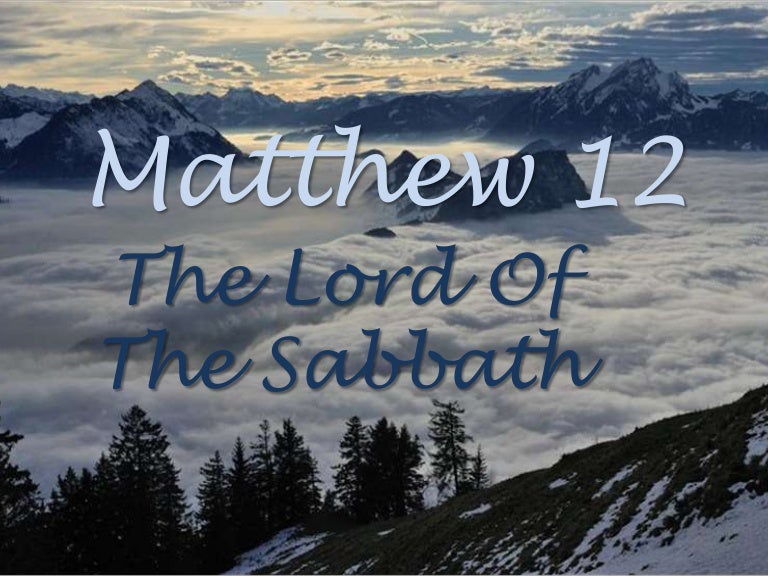 9Going on from that place, HE Went Into their synagogue, 10and a man with a shriveled hand was there. Looking for a reason to bring charges against JESUS, they asked HIM, “Is it lawful to heal on the Sabbath?”

“If any of you has a sheep and it falls into a pit on the Sabbath, will you not take hold of it and lift it out?

12How much more valuable is a person than a sheep! Therefore it is lawful to do good on the Sabbath.”

“Stretch out your hand.”

So he stretched it out and it was completely restored, just as sound as the other. 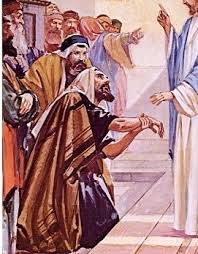 14But the Pharisees went out and plotted how they might kill JESUS.


15Aware of this, JESUS Withdrew From that place. A large crowd followed HIM, and HE Healed all who were ill.

16HE Warned them not to tell others about HIM.

17This was to fulfill what was spoken through the prophet Isaiah:

18 “Here Is MY Servant WHOM I Have

Chosen, The ONE I Love, In WHOM I

Delight; I Will Put MY SPIRIT On HIM,

And HE Will Proclaim Justice to the nations.

19HE Will Not Quarrel or Cry Out;
no one will hear HIS Voice in the streets.

20A bruised reed HE Will Not Break,
and a smoldering wick HE Will Not Snuff Out, till HE Has Brought Justice through to victory.

21In HIS Name the nations will put their

22Then they brought Him a demon-possessed man who was blind and mute, and JESUS healed him, so that he could both talk and see. 23All the people were astonished and said,

“Could This Be The SON of David?”

24But when the Pharisees heard this, they said, “It is only by Beelzebul, the prince of demons, that this fellow drives out demons.”

25JESUS knew their thoughts and said to them,

Drive Out demons, then The KINGDOM

of GOD Has Come Upon you. 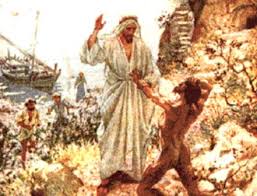 29“Or again, how can anyone enter a strong man’s house and carry off his possessions unless he first ties up the strong man? Then he can plunder his house.

33“Make a tree good and its fruit will be good, or make a tree bad and its fruit will be bad, for a tree is recognized by its fruit. 34You brood of vipers, how can you who are evil say anything good? For the mouth speaks what the heart is full of. 35A good man brings good things out of the good stored up in him, and an evil man brings evil things out of the evil stored up in him. 36But I tell you that everyone will have to give account on The Day of Judgment for every empty word they have spoken. 38Then some of the Pharisees and teachers of the Law said to HIM, “Teacher, we want to see a sign from YOU.”


“A wicked and adulterous generation asks for a sign! But none will be given it except the sign of the prophet Jonah. 40For as Jonah was three days and three nights in the belly of a huge fish,

in the heart of the earth. 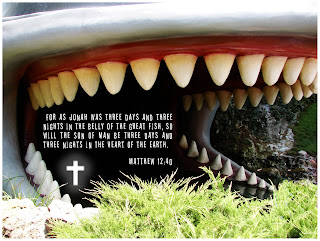 43“When an impure spirit comes out of a person, it goes through arid places seeking rest and does not find it. 44Then it says, ‘I will return to the house I left.’ When it arrives, it finds the house unoccupied, swept clean and put in order. 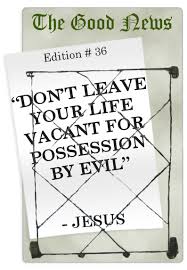 45Then it goes and takes with it seven other spirits more wicked than itself, and they go in and live there. And the final condition of that person is worse than the first. That is how it will be with this wicked generation.”

48HE Replied to him,

“Who is MY mother, and who are MY brothers?”


49Pointing to HIS disciples, HE Said,


“Here are MY mother and MY brothers.

50For whoever does The Will of MY FATHER in Heaven

is MY brother and sister and mother.” 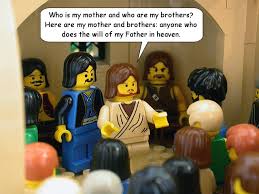