The Greatest in The KINGDOM of Heaven

1At that time the disciples came to JESUS and asked,

“Who, then, is the greatest in the kingdom of heaven?”

2HE Called a little child to him, and Placed the child among them.

“Truly I Tell you, unless you change and become like little children, you will never enter The KINGDOM of Heaven.

4Therefore, whoever takes the lowly position of this child is the greatest in The KINGDOM of Heaven. 5And whoever welcomes one such child in MY Name welcomes ME.

6“If anyone causes one of these little ones—those who believe in ME—to stumble, it would be better for them to have a large millstone hung around their neck and to be drowned in the depths of the sea.

7Woe to the world because of the things that cause people to stumble! Such things must come, but woe to the person through whom they come!


The Parable of the Wandering Sheep

10 “See that you do not despise one of these little ones. For I Tell you that their angels in Heaven always see The Face of MY FATHER in Heaven. 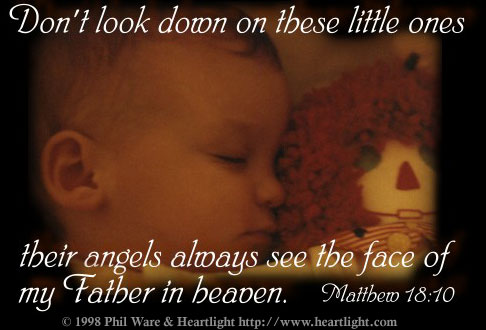 12“What do you think? If a man owns a hundred sheep, and one of them wanders away, will he not leave the ninety-nine on the hills and go to look for the one that wandered off? 13And if he finds it, truly I tell you, he is happier about that one sheep than about the ninety-nine that did not wander off.

14In the same way your FATHER in

Heaven Is Not Willing that any of these

little ones should perish.


Dealing With Sin in the Church


15“If your brother or sisterb sins,c go and point out their fault, just between the two of you. If they listen to you, you have won them over. 16But if they will not listen, take one or two others along, so that ‘every matter may be established by the testimony of two or three witnesses.’d 17If they still refuse to listen, tell it to the church; and if they refuse to listen even to the church, treat them as you would a pagan or a tax collector. 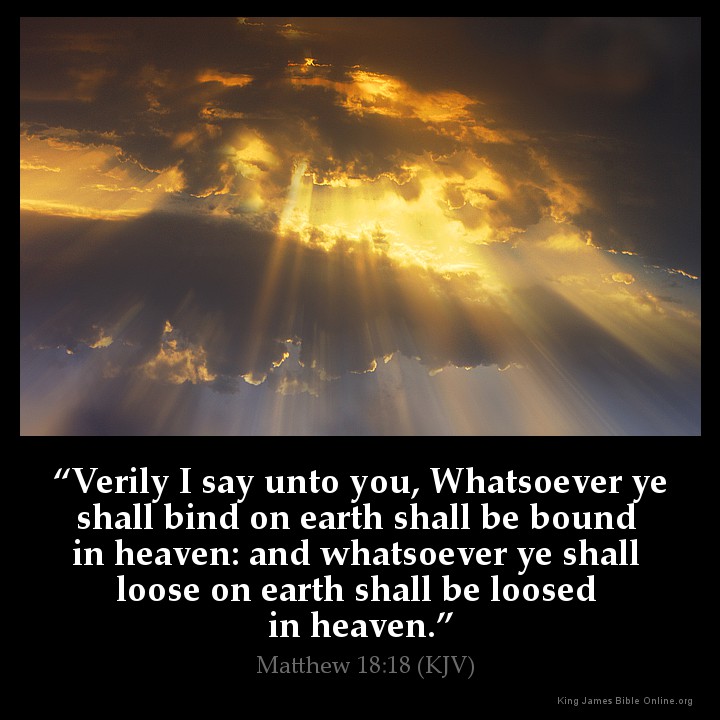 19“Again, Truly I Tell you that if two of you on earth agree about anything they ask for, it will be done for them by MY FATHER in Heaven.

20For where two or three gather in MY Name, there AM I With them.” 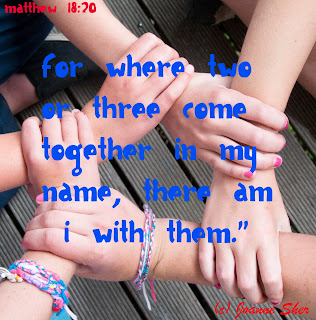 The Parable of the Unmerciful Servant

21Then Peter came to JESUS and asked,

“LORD, how many times shall I forgive my brother or sister who sins against me? Up to seven times?”

“I Tell you, not seven times, but seventy-

23“Therefore, The KINGDOM of Heaven is like a king who wanted to settle accounts with his servants. 24As he began the settlement, a man who owed him ten thousand bags of goldh was brought to him. 25Since he was not able to pay, the master ordered that he and his wife and his children and all that he had be sold to repay the debt.

26“At this the servant fell on his knees before him. ‘Be patient with me,’ he begged, ‘and I will pay back everything.’ 27The servant’s master took pity on him, canceled the debt and let him go.

28“But when that servant went out, he found one of his fellow servants who owed him a hundred silver coins.i He grabbed him and began to choke him. ‘Pay back what you owe me!’ he demanded. 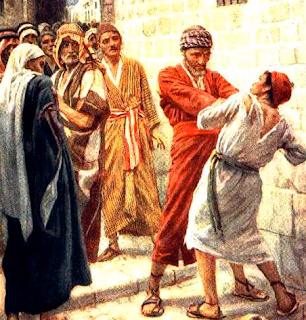 29“His fellow servant fell to his knees and begged him, ‘Be patient with me, and I will pay it back.’

30“But he refused. Instead, he went off and had the man thrown into prison until he could pay the debt.31When the other servants saw what had happened, they were outraged and went and told their master everything that had happened.

32“Then the master called the servant in. ‘You wicked servant,’ he said, ‘I canceled all that debt of yours because you begged me to. 33Shouldn’t you have had mercy on your fellow servant just as I had on you?’34In anger his master handed him over to the jailers to be tortured, until he should pay back all he owed.

35 “This Is How MY Heavenly FATHER Will

Treat each of you unless you forgive

your brother or sister from your heart.”

As it is difficult to bend us to mercy, and as we are quickly seized with weariness, particularly when we have to bear with many faults of brothers and sisters, our LORD Confirms this doctrine by a most appropriate parable, the substance of which is, that those who will not yield to pardon the faults of them judge very ill for themselves, and subject themselves to a very hard and severe law; for they will find GOD to be equally stern and inexorable towards themselves.

There are three parts in which the resemblance mainly consists; for the master is contrasted with the servant, the large sum of money with small or ordinary sums, and extraordinary kindness with extreme cruelty.

By attending to these three points, it will be easy to ascertain CHRIST'S Meaning; for what are we, if we are compared with GOD? And how large is the sum which every one of us owes to GOD? Lastly, how inconsiderable are the offenses, with which brothers are chargeable towards us, if we take into account our obligation to GOD? How ill then does that man deserve the Compassion of GOD, who refuses to forgive even the smallest offenses to men like himself?

So far as regards the words, The KINGDOM of Heaven here denotes the spiritual condition of the Church; as if CHRIST Had Said, that the state of matters between GOD and men, in regard to the soul and the nature of spiritual life, is the same as between an ordinary or earthly master and his servants, in regard to money and the affairs of the present life.