JESUS The Bread Of Life Feeds Us

1During those days another large crowd gathered. Since they had nothing to eat,

JESUS Called HIS disciples to HIM and Said,

2“I have compassion for these people; they have already been with ME three days and have nothing to eat. 3If I send them home hungry, they will collapse on the way, because some of them have come a long distance.”

“But where in this remote place can anyone get enough bread to feed them?”

5“How many loaves do you have?” 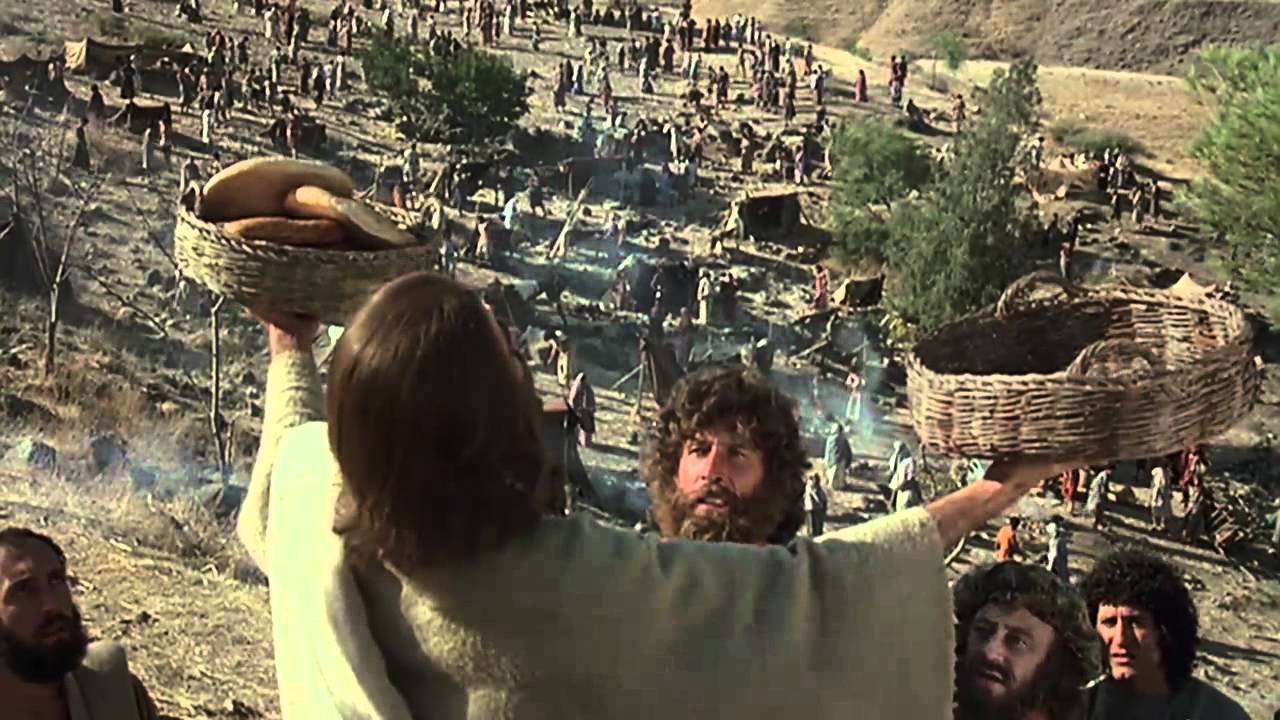 8The people ate and were satisfied. Afterward the disciples picked up seven basketfuls of broken pieces that were left over. 9About four thousand were present. After HE Had Sent them away, 10HE Got Into the boat with HIS disciples and Went to the region of Dalmanutha.

11The Pharisees came and began to question JESUS. To test HIM, they asked HIM for a sign from heaven.

12HE Sighed deeply and Said,

“Why does this generation ask for a sign? Truly I Tell you, no sign will be given to it.”

13Then HE Left them, Got back into the boat and crossed to the other side.


The Yeast of the Pharisees and Herod

14The disciples had forgotten to bring bread, except for one loaf they had with them in the boat.

“Watch Out for the yeast of the Pharisees

and that of Herod.”

16They discussed this with one another and said, “It is because we have no bread.”

17Aware of their discussion, JESUS Asked them:

“Why are you talking about having no bread? Do you still not see or understand? Are your hearts hardened? 18Do you have eyes but fail to see, and ears but fail to hear? And don’t you remember? 19When I Broke the five loaves for the five thousand, how many basketfuls of pieces did you pick up?”

20“And when I Broke the seven loaves for the four thousand, how many basketfuls of pieces did you pick up?”

“Do you still not understand?”


22They came to Bethsaida, and some people brought a blind man and begged JESUS To Touch him. 23HE Took the blind man by the hand and Led him outside the village. When HE Had Spit on the man’s eyes and Put HIS Hands on him,

“Do you see anything?” 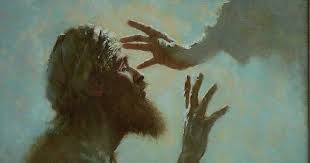 24He looked up and said,

“I see people; they look like trees walking around.” 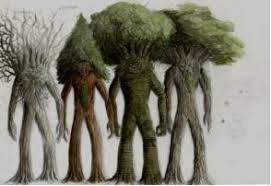 25Once more JESUS Put HIS Hands on the man’s eyes. Then his eyes were opened, his sight was restored, and he saw everything clearly.

“Don’t even go intoa the village.”

Peter Declares That JESUS Is The MESSIAH

27JESUS and HIS disciples went on to the villages around Caesarea Philippi.

On the way HE Asked them,

“Some say John the Baptist; others say Elijah; and still others, one of the prophets.” 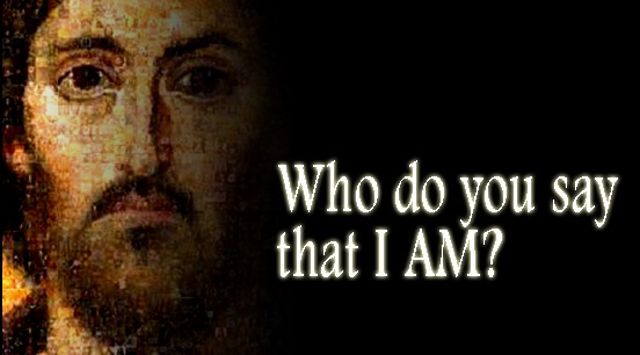 Peter answered, “YOU Are The MESSIAH.”

30JESUS Warned them not to tell anyone about HIM.

31HE then Began to Teach them that The SON of Man Must Suffer many things and Be Rejected by the elders, the chief priests and the teachers of the Law, and that HE Must Be Killed and after three days Rise Again. 32HE Spoke plainly about this, and Peter took HIM aside and began to rebuke HIM.

33But When JESUS Turned and Looked at HIS disciples, HE Rebuked Peter.

“You do not have in mind the Concerns of GOD, but merely human concerns.” 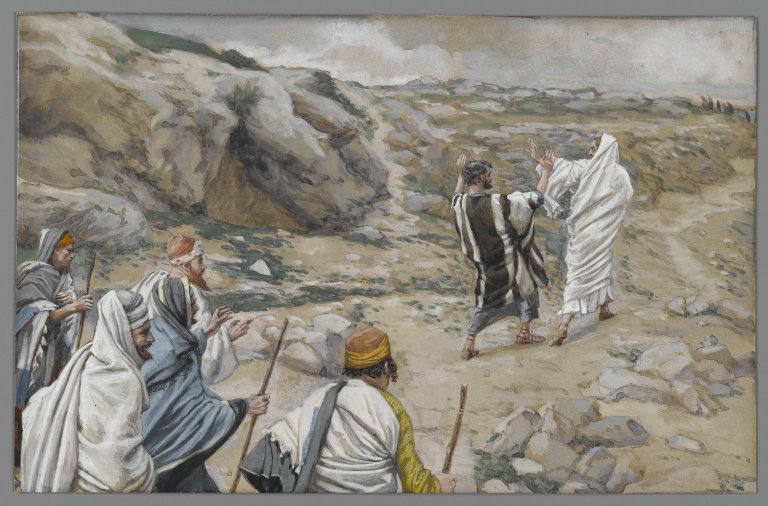 The Way of the Cross


34Then HE Called the crowd to HIM along with HIS disciples and Said:

“Whoever wants to be MY disciple must deny themselves and take up their cross and follow ME. 35For whoever wants to save their life will lose it, but whoever loses their life for ME and for The Gospel will save it.

36What good is it for someone to gain the whole world, yet forfeit their soul? 37Or what can anyone give in exchange for their soul? 38If anyone is ashamed of ME and MY WORDS in this adulterous and sinful generation, The SON of Man Will Be Ashamed of them When HE Comes In HIS FATHER’S Glory with the holy angels.”


8:1-10 Our LORD JESUS encouraged the meanest to come to HIM for life and grace. CHRIST Knows and Considers our frames and needs. The Bounty of CHRIST Is always ready; to show that, HE Repeated this miracle. HIS Favors are renewed, as our wants and necessities are.

8:11-21 Obstinate unbelief will have something to say, though ever so unreasonable. CHRIST Refused to answer their demand. If they will not be convinced, they shall not. When we forget the Works of GOD, and distrust HIM, we should chide ourselves severely, as CHRIST here Reproves HIS disciples. We all so often mistake HIS Meaning, disregard HIS Warnings, and distrust HIS Providence.

8:22-26 Here is a blind man brought to CHRIST by his friends. If anyone is spiritually blind, their friends and relations should pray for them that CHRIST would be pleased to touch them.

The cure was wrought gradually, which was not usual in our LORD'S miracles. CHRIST Showed in what method those commonly are healed by HIS Grace, who by nature are spiritually blind. At first, their knowledge is confused, but like the light of the morning, it shines more and more to the perfect day, and then they see all things clearly.

8:27-33 These things are written, that we may believe that JESUS Is The CHRIST, The SON of GOD. These Miracles of our LORD Assure us that HE Was Not Conquered, but a Conqueror. Now the disciples are convinced that JESUS Is The CHRIST; they may bear to hear of HIS Sufferings, of which CHRIST here begins to give them notice in advance before it happens.