LORD'S Instructions For The Gospel Workers

JESUS Sends Out the Twelve


1JESUS Called HIS twelve disciples to HIM and Gave them authority to drive out impure spirits and to heal every disease and sickness.

2These are the names of the twelve apostles: first, Simon (who is called Peter) and his brother Andrew; James son of Zebedee, and his brother John; 3Philip and Bartholomew; Thomas and Matthew the tax collector; James son of Alphaeus, and Thaddaeus; 4Simon the Zealot and Judas Iscariot, who betrayed HIM. 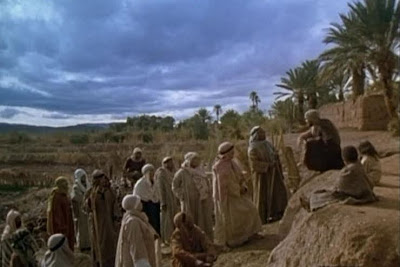 5These twelve JESUS Sent Out with the following instructions:

“Do Not Go among the Gentiles or enter any town of the Samaritans.6Go rather to the lost sheep of Israel.

7As you go, Proclaim this message:

‘The KINGDOM of Heaven Has Come Near.’ 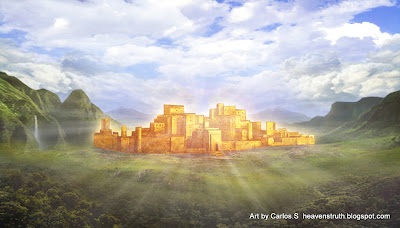 8Heal the sick, Raise the dead, Cleanse those who have leprosy,a Drive out demons. Freely you have received; freely give. 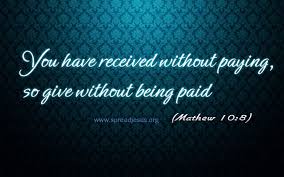 9“Do Not Get any gold or silver or copper to take with you in your belts— 10no bag for the journey or extra shirt or sandals or a staff, for the worker is worth his keep. 11Whatever town or village you enter, search there for some worthy person and stay at their house until you leave. 12As you enter the home, give it your greeting. 13If the home is deserving, let your peace rest on it; if it is not, let your peace return to you. 14If anyone will not welcome you or listen to your words, leave that home or town and shake the dust off your feet. 15Truly I tell you, it will be more bearable for Sodom and Gomorrah on the Day of Judgment than for that town.

16“I AM Sending you Out like sheep among wolves. Therefore be as shrewd as snakes and as innocent as doves. 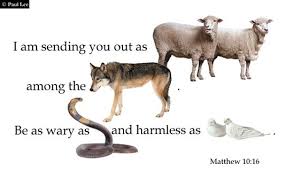 17Be on your guard; you will be handed over to the local councils and be flogged in the synagogues. 18On my account you will be brought before governors and kings as witnesses to them and to the Gentiles. 19But when they arrest you, do not worry about what to say or how to say it. At that time you will be given what to say, 20for it will not be you speaking, but


The SPIRIT of your FATHER Speaking

21“Brother will betray brother to death, and a father his child; children will rebel against their parents and have them put to death.22You will be hated by everyone because of ME, but the one who stands firm to the end will be saved. 23When you are persecuted in one place, flee to another.


Truly I tell you, you will not finish going

through the towns of Israel before The

24“The student is not above the teacher, nor a servant above his master. 25It is enough for students to be like their teachers, and servants like their masters. If the head of the house has been called Beelzebul, how much more the members of his household!

26“So do not be afraid of them, for there is nothing concealed that will not be disclosed, or hidden that will not be made known.27What I tell you in the dark, speak in the daylight; what is whispered in your ear, proclaim from the roofs.

cannot kill the soul. Rather, be afraid of The ONE

WHO Can Destroy both soul and body in hell. 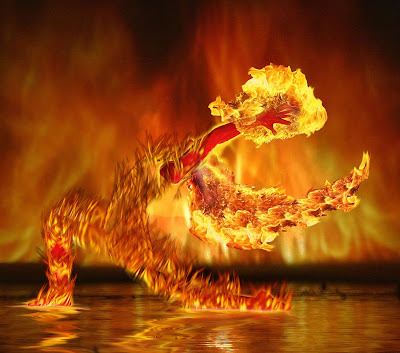 29Are not two sparrows sold for a penny? Yet not one of them will fall to the ground outside your FATHER’S Care.b 30And even the very hairs of your head are all numbered. 31So don’t be afraid; you are worth more than many sparrows.

35For I Have Come To Turn

38Whoever does not take up their cross and follow ME is not worthy of ME.

39Whoever finds their life will lose it, and whoever loses their life for MY Sake will find it. 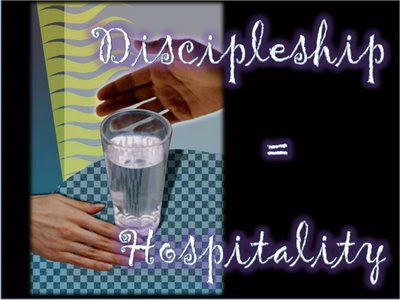 
This chapter is an ordination sermon, which our LORD JESUS Preached, when HE Advanced HIS twelve disciples to the degree and dignity of apostles.

In the close of the foregoing chapter, HE Had Told them and others to pray that GOD Would Send Forth laborers, and here we have an immediate answer to that prayer: while they are yet speaking HE Hears and Performs. What we pray for, according to CHRIST'S direction, shall be given because CHRIST HIMSELF Is The LORD of the harvest. 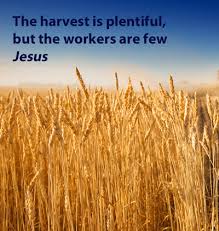 Now here we have;

I. The general commission that was given them (v. 1).

II. The names of the persons to whom this commission was given (v. 2-4).

III. The instructions that were given them, which are very full and particular;

1. Concerning the services they were to do; their preaching; their working miracles; to whom they must apply themselves; how they must behave themselves; and in what method they must proceed (v. 5-15).

2. Concerning the sufferings they were to undergo. They are told what they should suffer, and from whom; counsels are given them what course to take when persecuted, and encouragements to bear up cheerfully under their sufferings (v. 16-42).

These things, though primarily intended for direction to the apostles, are of use to all CHRIST'S ministers, with whom, By HIS WORD, CHRIST Will Be always with them to the end of the world.