JESUS, We Will Remain As A Pure Bride Of YOU


1My son, if you accept my words
and store up my commands within you,
2turning your ear to wisdom
and applying your heart to understanding—
3indeed, if you call out for insight
and cry aloud for understanding,
4and if you look for it as for silver
and search for it as for hidden treasure,
5then you will understand the Fear of The LORD
and find The Knowledge of GOD.
6For The LORD Gives Wisdom;
from HIS Mouth Come Knowledge and Understanding. 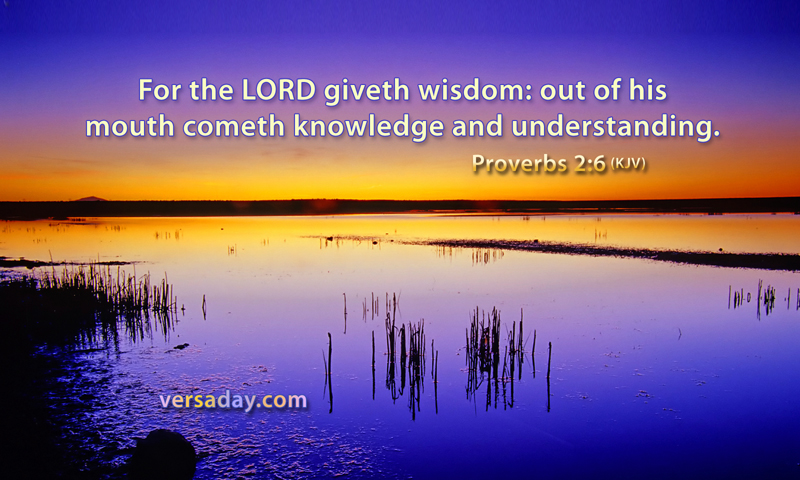 7HE Holds success in store for the upright,
HE Is A Shield to those whose walk is blameless, 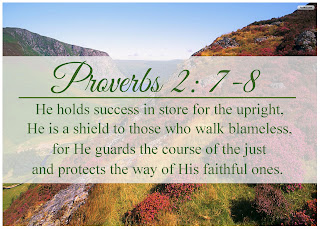 8for HE Guards the course of the just
and Protects the way of HIS faithful ones.

9Then you will understand what is right and just
and fair—every good path.
10For wisdom will enter your heart,
and knowledge will be pleasant to your soul.

11Discretion will protect you,
and understanding will guard you.
12Wisdom will save you from the ways of wicked men,
from men whose words are perverse,
13who have left the straight paths
to walk in dark ways,
14who delight in doing wrong
and rejoice in the perverseness of evil,
15whose paths are crooked
and who are devious in their ways.

16 Wisdom will save you also from the adulterous woman,
from the wayward woman with her seductive words,

17who has left the partner of her youth
and ignored the Covenant she made Before GOD.a
18Surely her house leads down to death
and her paths to the spirits of the dead.

19None who go to her return
or attain the paths of life.

20Thus you will walk in the ways of the good
and keep to the paths of the righteous. 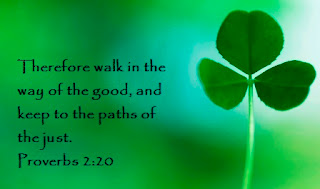 
Wisdom will save you also from the adulterous woman,
from the wayward woman with her seductive words

The word “adulterous woman” is used of the “strange” wives of Solomon 1 Kings 11:1, 1 Kings 11:8, and of those of the Jews who returned from Babylon (Ezra 10). The two words together, in connection with those which follow, and which imply at once marriage and a profession of religious faith, point to some interesting facts in the social history of Israel.

The contact with Phoenicians and other nations under Solomon had a strong tendency to increase it. The king's example would naturally be followed, and it probably became a fashion to have foreign wives and concubines. At first, it would seem, this was accompanied by some show of proselytism Proverbs 2:17,  but the old pagan leaven (influence) presently broke out; the sensual worship of other gods led the way to a life of harlotry. The stringent laws of the Mosaic code Leviticus 19:29; Leviticus 21:9; Deuteronomy 23:18 probably deterred the women of Israel from that sin, and led to a higher standard of purity among them than prevailed among other nations.

As the Gospel of CHRIST and its doctrines, or the instructions of wisdom, are a means of delivering persons from the evil man, his company, ways, and works; so from a naughty woman, an adulteress, called a “strange” woman; not because of another nation, or unknown, but because she belongs to another person, and not to him whom she entices into her embraces.  Some interpret this of the sensitive appetite or idolatry; as others do also of superstition and all false doctrine, and everything that is contrary to true wisdom. So antichrist, and all false teachers and heretics, with good words and fair speeches deceive the hearts of the simple, Romans 16:18.

The GOD WHO Had Provided for her from her youth up as her Husband, to Whom she was married in her youth, and to whom she gave up herself to be guided and directed, ruled and governed, WHO Loved her and Espoused her, and with whom HE Had Lived long in love and friendship, and in great happiness, but now forsakes HIM; her affections being alienated from HIM and associates with others and forgets the Covenant of her GOD.

What does a woman represent in Scripture? We are very clearly told that


"a woman represents a church."


A pure woman represents GOD'S church and a whore represents an apostate church. The people of Israel were often collectively referred to as a woman. Sometimes it is as GOD'S unfaithful wife. Hosea 2:19-20, Ezekiel 23 Isaiah 54:1-8 etc. At other times Israel is as a young pure woman (Ezekiel 16:8:14).

These two similar yet different metaphors are used to describe Israel in her apostate and pure states respectively. This metaphor is carried over into the New Testament, the church was often referred to as GOD'S bride (2 Corinthians 11:2, Ephesians 5:21-23, Parable of 10 virgins etc.) So the metaphor of a woman is used consistently to describe a church.

In Revelation 12, we find a pure woman, representing GOD'S pure church which is then persecuted for a period of 1260 days (or years, Numbers 14:34, Ezekiel 4:6) by a red dragon. In Revelation 17, we find however a harlot, an adulterous woman who persecutes GOD'S saints. This can only refer to an apostate church that appears to be GOD'S church, but is in adultery with the things of the world.

What does spiritual fornication/adultery represent?  Adultery is an illicit relationship between two parties. Spiritual adultery is the mixing or the joining of the sacred and the profane, the holy and the worldly, the church and world.