Rejoice Jerusalem, Your KING JESUS Comes To You!


The WORD of The LORD Is Against the land of Hadrak
and Will Come To Rest on Damascus—
for the eyes of all people and all the tribes of Israel
are on The LORD—a
2and on Hamath too, which borders on it,
and on Tyre and Sidon, though they are very skillful.

3Tyre has built herself a stronghold;
she has heaped up silver like dust,
and gold like the dirt of the streets.
4But The LORD Will Take Away her possessions
and Destroy her power on the sea,
and she will be consumed by fire.

5Ashkelon will see it and fear;
Gaza will writhe in agony,
and Ekron too, for her hope will wither.
Gaza will lose her king
and Ashkelon will be deserted.

6A mongrel people will occupy Ashdod,
and I Will Put an end to the pride of the Philistines.
7I Will Take the blood from their mouths,
the forbidden food from between their teeth.
Those who are left will belong to our GOD
and become a clan in Judah,
and Ekron will be like the Jebusites.

8But I Will Encamp at MY Temple
to guard it against marauding forces.
Never again will an oppressor overrun MY people,
for now I AM Keeping Watch.

The Coming of Zion’s King

See, your KING Comes to you,

Lowly and Riding on a donkey,

on a colt, the foal of a donkey.

10I Will Take Away the chariots from Ephraim

and the warhorses from Jerusalem,

and the battle bow will be broken.

HE Will Proclaim peace to the nations.

HIS Rule Will Extend from sea to sea

and from the River to the ends of the earth.

11 As for you, because of The BLOOD of

MY Covenant with you,

I Will Free your prisoners from the waterless pit.

12Return to your fortress, you prisoners of hope;
even now I Announce that I Will Restore twice as much to you.
13I Will Bend Judah as I Bend MY bow
and Fill it with Ephraim.
I Will Rouse your sons, Zion,
against your sons, Greece,
and Make you like a warrior’s sword.


The LORD Will Appear

14Then The LORD Will Appear Over them;

The SOVEREIGN LORD Will Sound the trumpet;

HE Will March in the storms of the south,

15And The LORD ALMIGHTY Will Shield them.
They will destroy
and overcome with slingstones.
They will drink and roar as with wine;
they will be full like a bowl
used for sprinklingc the corners of the altar.

16The LORD their GOD Will Save HIS people on that day
as a Shepherd Saves HIS Flock.

They will sparkle in HIS land 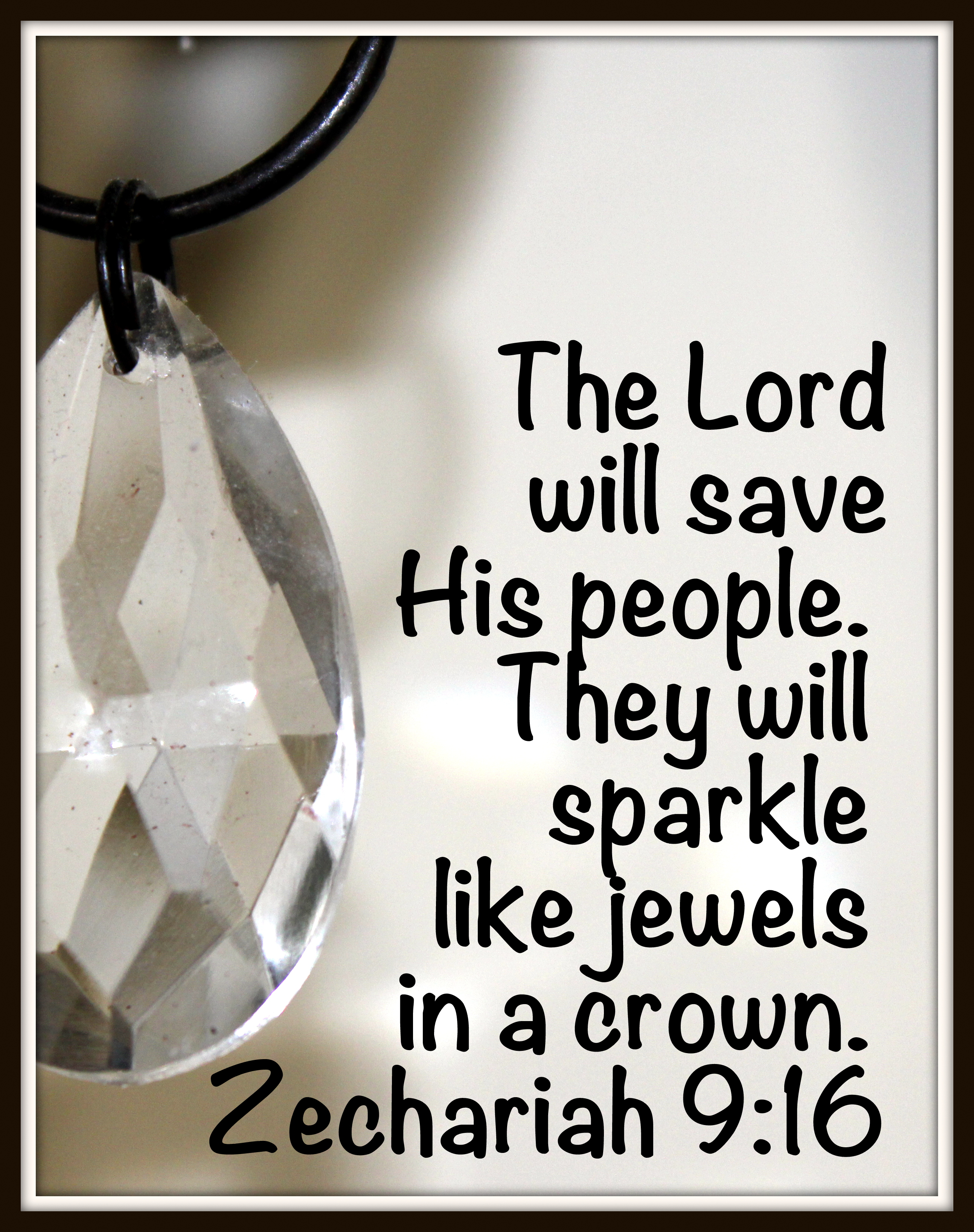 17How attractive and beautiful they will be!

and new wine the young women.


9:1-8 Here are judgments foretold on several nations. While the Macedonians and Alexander's successors were in warfare in these countries, The LORD Promised To Protect HIS people. GOD'S House lies in the midst of an enemy's country; HIS church is as a lily among thorns. GOD'S Power and Goodness Are Seen in her special preservation. The LORD Encamps About HIS church, HIS Eyes Watch Over her, so that her enemies cannot prevail, and shortly the time will come when no exactor shall pass by her any more.

9:9-17 The prophet breaks forth into a joyful representation of The Coming of The MESSIAH, of WHOM the ancient Jews explained this prophecy. HE Took the character of their KING, When HE Entered Jerusalem amidst the hosannas of the multitude. But HIS KINGDOM is a spiritual KINGDOM.

It shall not be advanced by outward force or carnal weapons. HIS Gospel shall be preached to the world, and was received among the heathen. A sinful state is a state of bondage; it is a pit, or dungeon, in which there is no water, no comfort; and we are all by nature prisoners in this pit. Through the Precious BLOOD of CHRIST, many prisoners of satan have been set at liberty from the horrible pit in which they must otherwise have perished, without hope or comfort.

While we admire HIM, let us seek that HIS Holiness and Truth may be shown in our own spirits and conduct. These promises have accomplishment in the spiritual blessings of the Gospel which we enjoy by JESUS CHRIST. CHRIST Is a Strong-hold, a Strong Tower, in WHOM believers are safe from the fear of The Wrath of GOD, the curse of the Law, and the assaults of spiritual enemies.

To HIM we must turn with lively faith; to HIM we must flee, and trust in HIS Name under all trials and sufferings. It is here promised that The LORD Would Deliver HIS people. This passage also refers to the apostles, and the preachers of the Gospel in the early ages. GOD Was Evidently With them; HIS WORDS from their lips pierced the hearts and consciences of the hearers. They were wondrously defended in persecution, and were filled with the influences of the HOLY SPIRIT. They were saved by the Good Shepherd as HIS flock, and honored as jewels of HIS crown.

The Gifts, Graces, and Consolations of The HOLY SPIRIT, Poured Forth on the day of Pentecost, Acts 2 and in succeeding times, are represented. Whatever Gifts GOD Bestows on us, we must serve HIM cheerfully with them; and, when refreshed with blessings, we must say,

“How Great Is HIS Goodness!”