We will read the Gospel of Matthew from today and let us pray that The HOLY SPIRIT Will Lead us to fully understand WHO Is The CHRIST and What HE Has Done For us. 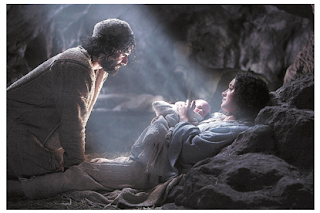 The Genealogy of JESUS The MESSIAH 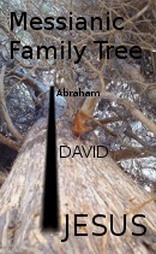 1This is the Genealogy of JESUS The MESSIAH The SON of David, The SON of Abraham:

The book of the generation - This is the proper title of the chapter. It is the same as to say, "the account of the ancestry or family, or the genealogical table of JESUS CHRIST." The phrase is common in Jewish writings. Compare Genesis 5:1. "This is the book of the generations of Adam," i. e., the genealogical table of the family or descendants of Adam. See also Genesis 6:9. The Jews, moreover, as we do, kept such tables of their own families. and it is probable that this was copied from the record of the family of Joseph.

JESUS - The Name JESUS is the same as SAVIOR. It is derived from the verb signifying “to save”, In Hebrew it is the same as Joshua. In two places in the New Testament it is used where it means Joshua, the leader of the Jews into Canaan, and in our translation the name Joshua should have been retained, Acts 7:45; Hebrews 4:8. It was a very common name among the Jews.

CHRIST - The word "CHRIST" is a Greek word, Χριστός Christos, signifying "anointed." The Hebrew word, משׁיח mâshı̂yach, signifying the same is "MESSIAH." Hence, JESUS is called either The MESSISH, or The CHRIST, meaning the same thing. The Jews speak of The MESSIAH; Christians speak of him as The CHRIST.

It is for this reason that the Name is given to The LORD JESUS. Compare the notes at Daniel 9:24. HE Was Set Apart By GOD to be The KING, and HIGH PRIEST, and PROPHRT of HIS people. Anointing with oil was, moreover, supposed to be emblematic of the influences of The HOLY SPIRIT; and since GOD Gave HIM The SPIRIT without measure John 3:34, so HE is especially called "The ANOINTED of GOD."

The SON of David - The word "son" among the Jews had a great variety of significations. It means literally a son; then a grandson; a descendant: an adopted son; a disciple, or one who is an object of tender affection one who is to us as a son. In this place it means a descendant of David; or one who was of the family of David.

It was important to trace the genealogy of JESUS up to David, because the promise had been made that The MESSIAH should be of his family, and all the Jews expected that it would be so. It would be impossible, therefore, to convince a Jew that JESUS was The MESSISH, unless it could be shown that he was descended from David. See Jeremiah 23:5; Psalm 132:10-11, compared with Acts 13:23, and John 7:42.

The SON of Abraham - The descendant of Abraham. The promise was made to Abraham also. See Genesis 12:3; Genesis 21:12; compare Hebrews 11:13; Galatians 3:16. The Jews expected that The MESSIAH would be descended from him; and it was important, therefore, to trace the genealogy up to him also. Though JESUS was of humble birth, yet he was descended from most illustrious ancestors. Abraham, the father of the faithful and David, the sweet psalmist of Israel, the conqueror, the magnificent and victorious leader of the people of GOD, were both among his ancestors.

From these two persons, the most eminent for piety, and the most renowned for their excellency of all the people of antiquity, sacred or profane, The LORD JESUS Was Descended; and though HIS Birth and Life were humble, yet they who regard an illustrious descent as of value, may find here all that is to be admired in piety, purity, patriotism, splendor, dignity, and renown.


We should think that the Excellency of the Name JESUS doesn't come form the HIS human origin from Abraham and David, But From HIS Being The SON of GOD Coming in the flesh to save the fellow men from their sins.