1That night the king could not sleep; so he ordered the book of the chronicles, the record of his reign, to be brought in and read to him. 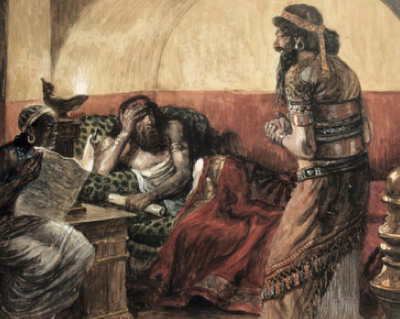 2It was found recorded there that Mordecai had exposed Bigthana and Teresh, two of the king’s officers who guarded the doorway, who had conspired to assassinate King Xerxes.

3“What honor and recognition has Mordecai received for this?” the king asked.

“Nothing has been done for him,” his attendants answered.

4The king said, “Who is in the court?” Now Haman had just entered the outer court of the palace to speak to the king about impaling Mordecai on the pole he had set up for him.

5His attendants answered, “Haman is standing in the court.”

“Bring him in,” the king ordered.

6When Haman entered, the king asked him, “What should be done for the man the king delights to honor?”

Now Haman thought to himself, “Who is there that the king would rather honor than me?” 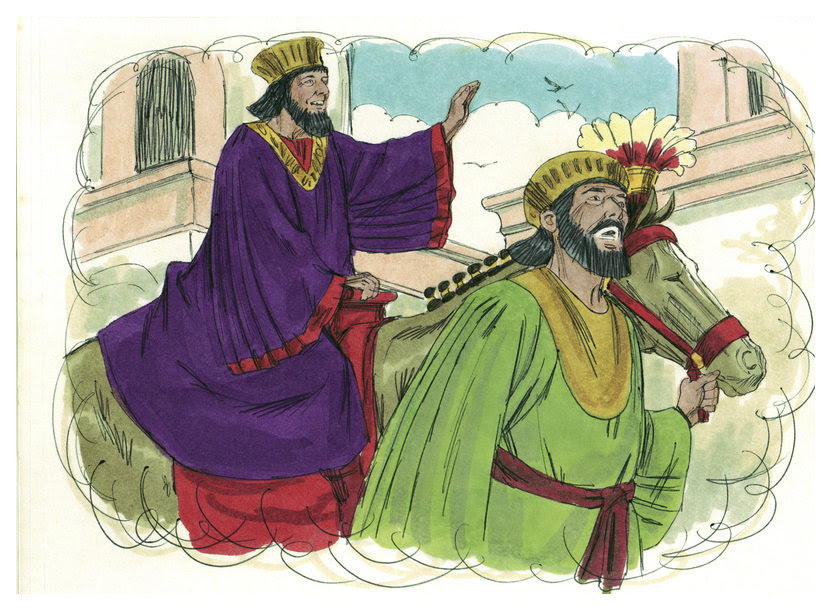 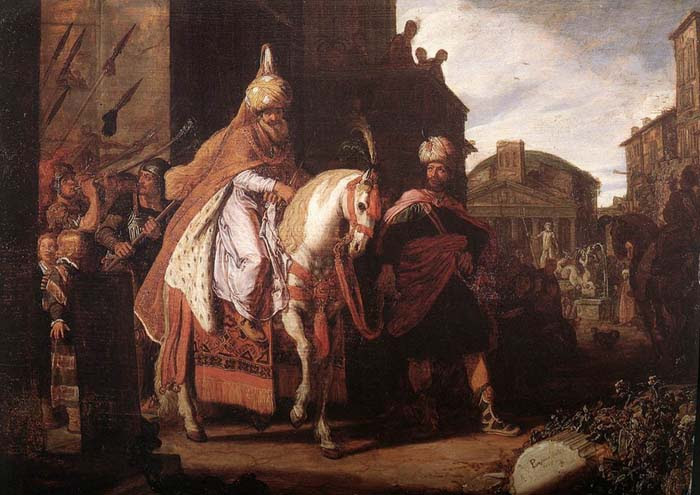 10“Go at once,” the king commanded Haman. “Get the robe and the horse and do just as you have suggested for Mordecai the Jew, who sits at the king’s gate. Do not neglect anything you have recommended.”

11So Haman got the robe and the horse. He robed Mordecai, and led him on horseback through the city streets, proclaiming before him, “This is what is done for the man the king delights to honor!”

12Afterward Mordecai returned to the king’s gate. But Haman rushed home, with his head covered in grief,13and told Zeresh his wife and all his friends everything that had happened to him.


His advisers and his wife Zeresh said to him, “Since Mordecai, before whom your downfall has started, is of Jewish origin, you cannot stand against him—you will surely come to ruin!” 14While they were still talking with him, the king’s eunuchs arrived and hurried Haman away to the banquet Esther had prepared.