JEHOVAH Says To JESUS, “I Have Glorified MY NAME, And Will Glorify It Again


1Six days before the Passover, JESUS Came to Bethany, where Lazarus lived, whom JESUS Had Raised from the dead.

2Here a dinner was given in JESUS’ Honor. Martha served, while Lazarus was among those reclining at the table with HIM. 3Then Mary took about a pinta of pure nard, an expensive perfume;

she poured it on JESUS’ Feet and wiped HIS Feet with her hair. And the house was filled with the fragrance of the perfume. 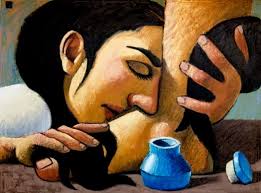 4But one of HIS disciples, Judas Iscariot, who was later to betray HIM, objected, 5“Why wasn’t this perfume sold and the money given to the poor? It was worth a year’s wages.b ” 6He did not say this because he cared about the poor but because he was a thief; as keeper of the money bag, he used to help himself to what was put into it.


“It was intended that she should save this perfume for the Day of MY Burial. 8You will always have the poor among you, but you will not always have ME.”

9Meanwhile a large crowd of Jews found out that JESUS Was there and came, not only because of HIM but also to see Lazarus, whom HE Had Raised from the dead. 10So the chief priests made plans to kill Lazarus as well, 11for on account of him many of the Jews were going over to JESUS and believing in HIM.


JESUS Comes to Jerusalem as KING


12The next day the great crowd that had come for the festival heard that JESUS Was on HIS Way to Jerusalem. 13They took palm branches and went out to meet HIM, shouting,

14JESUS found a young donkey and sat on it, as it is written: 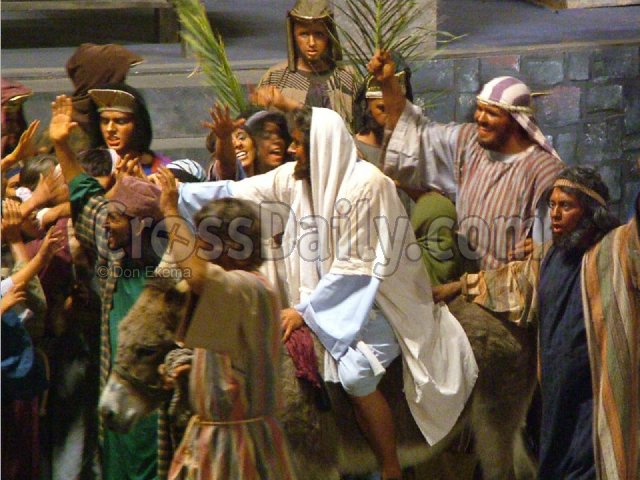 15 “Do not be afraid, Daughter Zion;
See, Your KING Is Coming,
Seated on a donkey’s colt.” 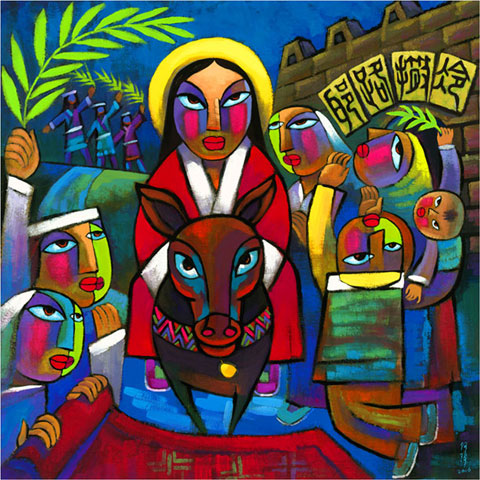 17Now the crowd that was with HIM when HE Called Lazarus from the tomb and Raised him from the dead continued to spread the word. 18Many people, because they had heard that HE Had Performed this sign, went out to meet HIM. 19So the Pharisees said to one another, “See, this is getting us nowhere. Look how the whole world has gone after HIM!”

20Now there were some Greeks among those who went up to worship at the festival. 21They came to Philip, who was from Bethsaida in Galilee, with a request. “Sir,” they said, “we would like to see JESUS.”22Philip went to tell Andrew; Andrew and Philip in turn told JESUS.

“The Hour Has Come for The SON of Man To Be Glorified. 24Very truly I Tell you, unless a kernel of wheat falls to the ground and dies, it remains only a single seed. But if it dies, it produces many seeds. 25Anyone who loves their life will lose it, while anyone who hates their life in this world will keep it for eternal life. 26Whoever serves ME must follow ME; and where I AM, MY servant also will be. MY FATHER Will Honor the one who serves ME.

27 “Now MY Soul Is Troubled, and what Shall I Say? ‘FATHER, Save ME from this hour’? No, it was for this very reason I Came To this hour. 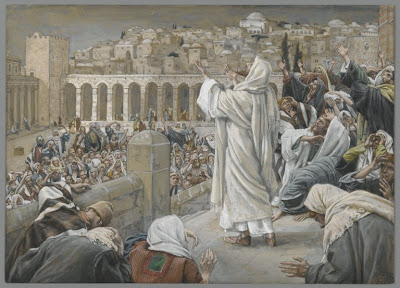 Then a Voice Came from Heaven,

“I Have Glorified It, And Will Glorify It Again.”

29The crowd that was there and heard it said it had thundered; others said an angel had spoken to HIM.


“This Voice Was for your benefit, not MINE. 31Now is the time for judgment on this world; now the prince of this world will be driven out. 32And I, When I AM Lifted Up from the earth, Will Draw all people to MYSELF.”

33HE Said this to show the kind of death HE Was Going To Die.

34The crowd spoke up, “We have heard from the Law that The MESSIAH Will Remain forever, So How Can YOU Say,

35Then JESUS Told them,

When HE Had Finished Speaking, JESUS Left and Hid HIMSELF from them.

Belief and Unbelief Among the Jews

37Even After JESUS Had Performed so many signs in their presence, they still would not believe in HIM.

38This was to fulfill the word of Isaiah the prophet:

“LORD, who has believed our message
and to whom Has The Arm of The LORD Been Revealed?”

39For this reason they could not believe, because, as Isaiah says elsewhere:

41Isaiah said this because he saw JESUS’

Glory and spoke about HIM.

42Yet at the same time many even among the leaders believed in HIM. But because of the Pharisees they would not openly acknowledge their faith for fear they would be put out of the synagogue; 43for they loved human praise more than praise from GOD.

44Then JESUS Cried Out,

47“If anyone hears MY WORDS but does not keep them, I Do Not Judge that person. For I Did Not Come To Judge the world, But To Save the world. 48There Is a Judge for the one who rejects ME and does not accept MY WORDS; the Very WORDS I Have Spoken will condemn them at the last day. 49For I Did Not Speak On MY OWN, But The FATHER WHO Sent ME Commanded ME To Say all that I Have Spoken. 50I Know that HIS Command Leads to eternal life. So whatever I Say Is Just What The FATHER Has Told ME To Say.” 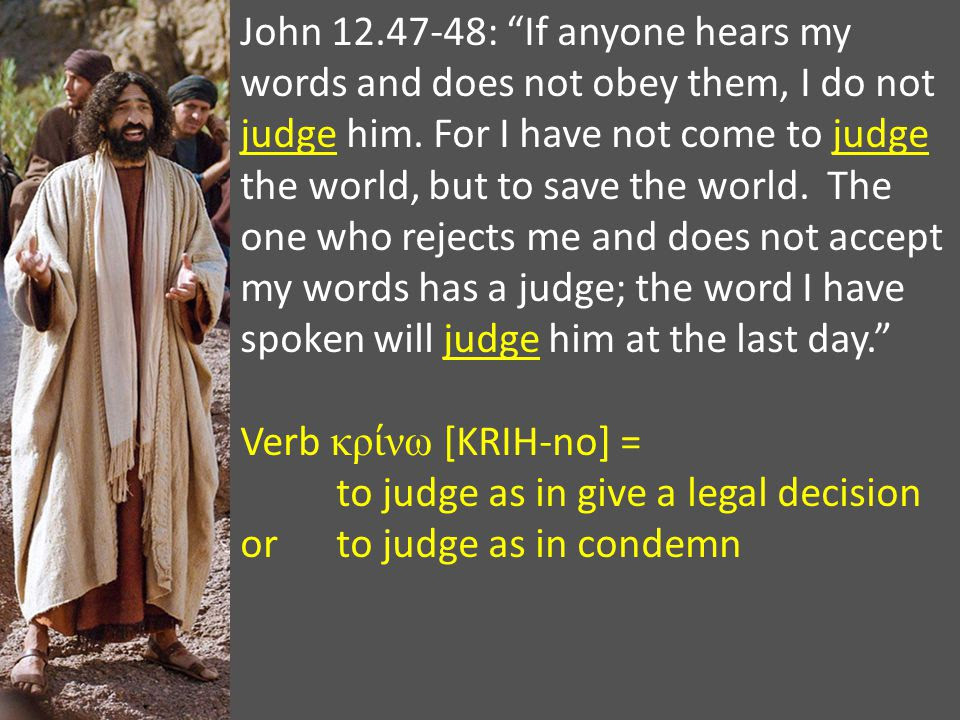