No other gospel Than The True Gospel "JESUS SAVES"


1Paul, an apostle—sent not from men nor by a man, but By JESUS CHRIST and GOD The FATHER, WHO Raised HIM from the dead— 2and all the brothers and sisters with me,


To the churches in Galatia:

3Grace and Peace to you from GOD our FATHER and The LORD JESUS CHRIST, 4WHO Gave HIMSELF for our sins to rescue us from the present evil age, according to The Will of our GOD and FATHER,

5To WHOM Be Glory for ever and ever. 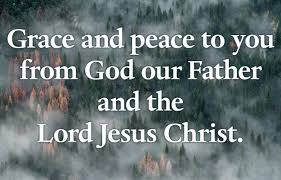 6I am astonished that you are so quickly deserting The ONE WHO Called you to live in the Grace of CHRIST and are turning to a different Gospel— 7which is really no gospel at all. Evidently some people are throwing you into confusion and are trying to pervert the Gospel of CHRIST.

8 But even if we or an angel from heaven should

preach a gospel other than The One we preached to

you, let them be under GOD’S Curse! 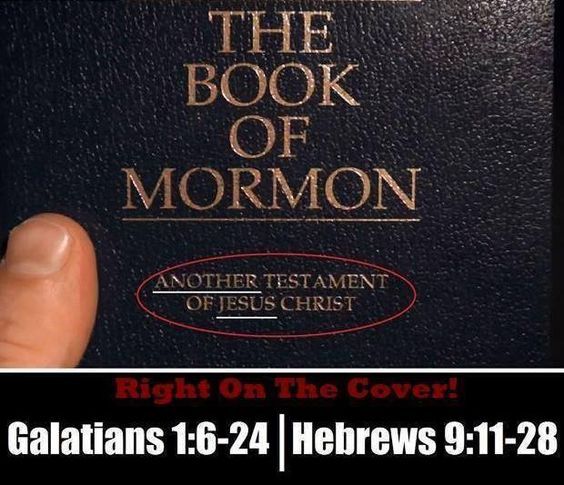 9As we have already said, so now I say again: If anybody is preaching to you a gospel other than what you accepted, let them be under GOD’S Curse!


11I want you to know, brothers and sisters, that the Gospel I preached is not of human origin.

12 I did not receive it from any man, nor was I taught it; rather, I received it By Revelation from JESUS CHRIST.

13For you have heard of my previous way of life in Judaism, how intensely I persecuted the church of GOD and tried to destroy it. 14 I was advancing in Judaism beyond many of my own age among my people and was extremely zealous for the traditions of my fathers. 15But when GOD, WHO Set me Apart from my mother’s womb and Called me By HIS Grace,

Was Pleased 16To Reveal HIS SON in me so that I might preach HIM among the Gentiles, my immediate response was not to consult any human being. 17I did not go up to Jerusalem to see those who were apostles before I was, but I went into Arabia.

Later I returned to Damascus.

18Then after three years, I went up to Jerusalem to get acquainted with Cephasb and stayed with him fifteen days. 19I saw none of the other apostles—only James, The LORD'S brother. 20I assure you Before GOD that what I am writing you is no lie.

21Then I went to Syria and Cilicia. 22I was personally unknown to the churches of Judea that are In CHRIST. 23They only heard the report: “The man who formerly persecuted us is now preaching the faith he once tried to destroy.” 24And they praised GOD because of me.


Paul's letter is addressed "to the churches of Galatia" (Galatians 1:2), but the location of these churches is a matter of debate. A minority of scholars have argued that the "Galatia" is an ethnic reference to a Celtic people living in northern Asia Minor, but most agree that it is a geographical reference to the Roman province in central Asia Minor, which had been settled by immigrant Celts in the 270s B.C. and retained Gaulish features of culture and language in Paul's day. Acts of the Apostles records Paul traveling to the "region of Galatia and Phrygia", which lays immediately west of Galatia.

Some claim the New Testament says that the churches of Galatia (Antioch of Pisidia, Iconium, Lystra and Derbe) were founded by Paul himself (Acts 16:6; Galatians.1:8;4:13;4:19). They seem to have been composed mainly of converts from paganism (Galatians 4:8). After Paul's departure, the churches were led astray from Paul's trust/faith-centered teachings by individuals proposing "another gospel" (which centered on salvation through the Mosaic law, so-called legalism), whom Paul saw as preaching a "different gospel" from what Paul had taught (Galatians 1:1–9). The Galatians appear to have been receptive to the teaching of these newcomers, and the epistle is Paul's response to what he sees as their willingness to turn from his teaching.

The identity of these "opponents" is disputed. However, the majority of modern scholars view them as Jewish Christians, who taught that in order for converts to belong to the People of GOD, they must be subject to some or all of the Jewish Law, (i.e. Judaizers).

The letter indicates controversy concerning circumcision, Sabbath observance, and the Mosaic Covenant. It would appear, from Paul's response, that they cited the example of Abraham, who was circumcised as a mark of receiving the covenant blessings (Genesis 17).

They certainly appear to have questioned Paul's authority as an apostle, perhaps appealing to the greater authority of the Jerusalem church governed by James, The LORD'S brother.