1Joseph threw himself on his father and wept over him and kissed him. 2Then Joseph directed the physicians in his service to embalm his father Israel. So the physicians embalmed him, 3taking a full forty days, for that was the time required for embalming. And the Egyptians mourned for him seventy days.

4When the days of mourning had passed, Joseph said to Pharaoh’s court, “If I have found favor in your eyes, speak to Pharaoh for me. Tell him, 5‘My father made me swear an oath and said, “I am about to die; bury me in the tomb I dug for myself in the land of Canaan.” Now let me go up and bury my father; then I will return.’ ”

6Pharaoh said, “Go up and bury your father, as he made you swear to do.”

7So Joseph went up to bury his father. All Pharaoh’s officials accompanied him—the dignitaries of his court and all the dignitaries of Egypt— 8besides all the members of Joseph’s household and his brothers and those belonging to his father’s household. Only their children and their flocks and herds were left in Goshen.9Chariots and horsemena also went up with him. It was a very large company. 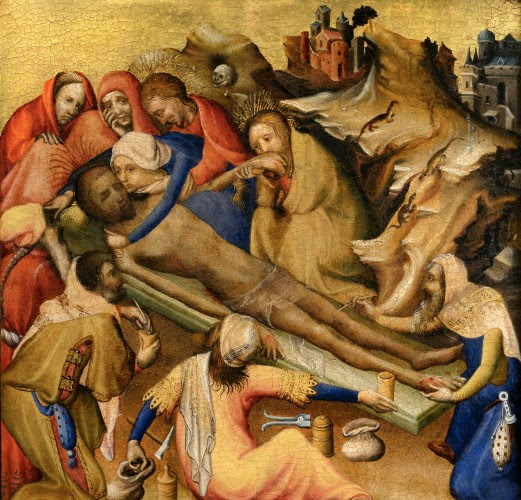 10When they reached the threshing floor of Atad, near the Jordan, they lamented loudly and bitterly; and there Joseph observed a seven-day period of mourning for his father. 11When the Canaanites who lived there saw the mourning at the threshing floor of Atad, they said, “The Egyptians are holding a solemn ceremony of mourning.” That is why that place near the Jordan is called Abel Mizraim.b

12So Jacob’s sons did as he had commanded them: 13They carried him to the land of Canaan and buried him in the cave in the field of Machpelah, near Mamre, which Abraham had bought along with the field as a burial place from Ephron the Hittite.

14After burying his father, Joseph returned to Egypt, together with his brothers and all the others who had gone with him to bury his father.

15When Joseph’s brothers saw that their father was dead, they said, “What if Joseph holds a grudge against us and pays us back for all the wrongs we did to him?” 16So they sent word to Joseph, saying, “Your father left these instructions before he died: 17‘This is what you are to say to Joseph: I ask you to forgive your brothers the sins and the wrongs they committed in treating you so badly.’ Now please forgive the sins of the servants of The GOD of your father.” When their message came to him, Joseph wept.

18His brothers then came and threw themselves down before him. “We are your slaves,” they said.

19But Joseph said to them, “Don’t be afraid. Am I in the place of GOD? 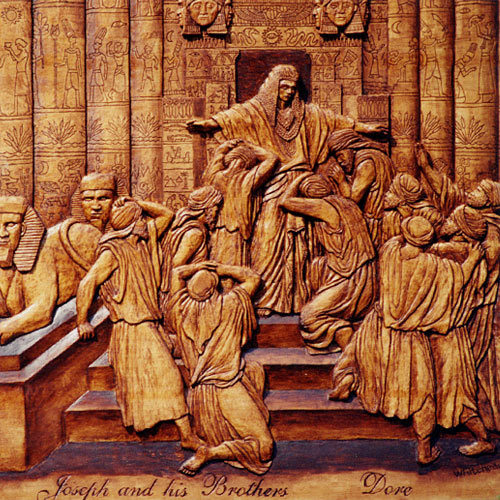 20You intended to harm me, but GOD Intended it for good to accomplish what is now being done, the saving of many lives.

21So then, don’t be afraid. I will provide for you and your children.” And he reassured them and spoke kindly to them.

The Death of Joseph


22Joseph stayed in Egypt, along with all his father’s family. He lived a hundred and ten years 23and saw the third generation of Ephraim’s children. Also the children of Makir son of Manasseh were placed at birth on Joseph’s knees.

26So Joseph died at the age of a hundred and ten. And after they embalmed him, he was placed in a coffin in Egypt.


Posted by 지구 여행객 JOHN KIM at 12:44 PM No comments: Links to this post

Jacob Blessed His Sons And Died At 147

1Then Jacob called for his sons and said:

in days to come. 2“Assemble and listen, sons of Jacob;
listen to your father Israel.

3“Reuben, you are my firstborn,
my might, the first sign of my strength,
excelling in honor, excelling in power.
4Turbulent as the waters, you will no longer excel,
for you went up onto your father’s bed,
onto my couch and defiled it. 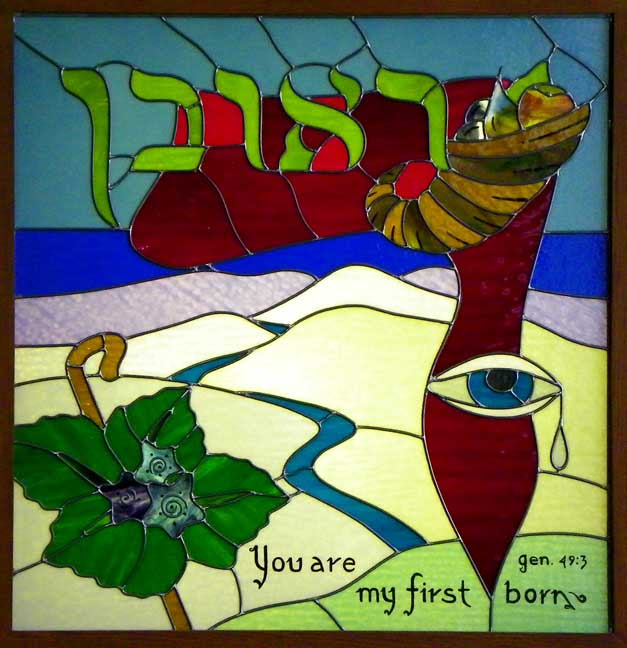 5“Simeon and Levi are brothers—
their swordsa are weapons of violence.
6Let me not enter their council,
let me not join their assembly,
for they have killed men in their anger
and hamstrung oxen as they pleased.
7Cursed be their anger, so fierce,
and their fury, so cruel!
I will scatter them in Jacob
and disperse them in Israel.

8“Judah, your brothers will praise you;
your hand will be on the neck of your enemies;
your father’s sons will bow down to you.
9You are a lion’s cub, Judah;
you return from the prey, my son.
Like a lion he crouches and lies down,
like a lioness—who dares to rouse him? 10The scepter will not depart from Judah,
nor the ruler’s staff from between his feet,c

Until HE To WHOM It Belongs Shall Come
and the obedience of the nations shall be HIS. 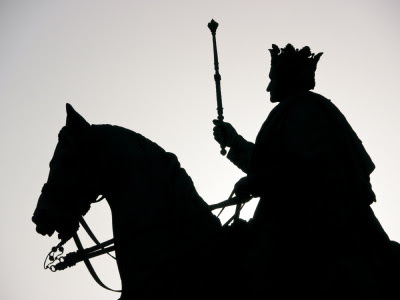 11HE Will tether HIS donkey to a vine,
HIS colt to the choicest branch;
HE Will Wash HIS Garments in wine,
HIS Robes in the blood of grapes.
12HIS Eyes will be darker than wine,
HIS Teeth whiter than milk.

13“Zebulun will live by the seashore
and become a haven for ships;
his border will extend toward Sidon.

14“Issachar is a rawboned donkey
lying down among the sheep pens.g
15When he sees how good is his resting place
and how pleasant is his land,
he will bend his shoulder to the burden
and submit to forced labor.

16“Dan will provide justice for his people
as one of the tribes of Israel.
17Dan will be a snake by the roadside,
a viper along the path,
that bites the horse’s heels
so that its rider tumbles backward.
18“I look for your deliverance, LORD.

19“Gad will be attacked by a band of raiders,
but he will attack them at their heels.

20“Asher’s food will be rich;
he will provide delicacies fit for a king.

21“Naphtali is a doe set free
that bears beautiful fawns.j

27“Benjamin is a ravenous wolf;
in the morning he devours the prey,
in the evening he divides the plunder.” 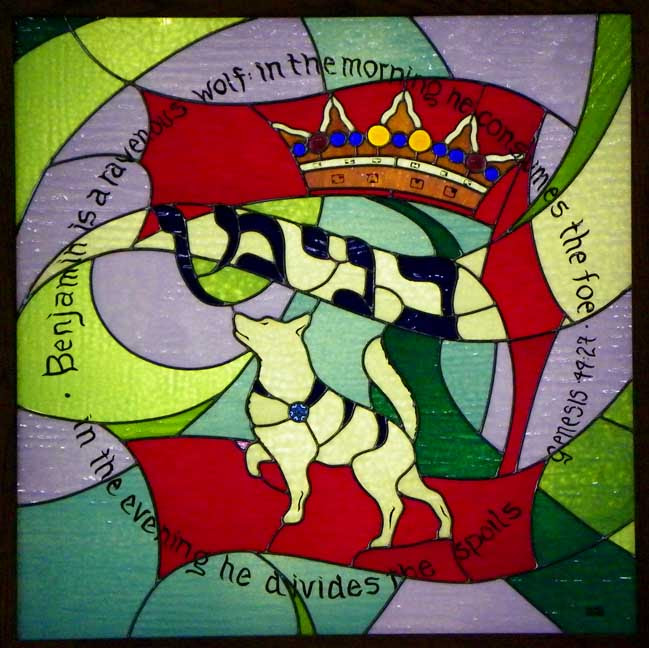 28All these are the twelve tribes of Israel, and this is what their father said to them when he blessed them, giving each the blessing appropriate to him.

The Death of Jacob

29Then he gave them these instructions: “I am about to be gathered to my people. Bury me with my fathers in the cave in the field of Ephron the Hittite,

30the cave in the field of Machpelah, near Mamre in Canaan, which Abraham bought along with the field as a burial place from Ephron the Hittite.

32The field and the cave in it were bought from the Hittites.p ”

33When Jacob had finished giving instructions to his sons, he drew his feet up into the bed, breathed his last and was gathered to his people.

Posted by 지구 여행객 JOHN KIM at 12:21 PM No comments: Links to this post


1Some time later Joseph was told, “Your father is ill.” So he took his two sons Manasseh and Ephraim along with him. 2When Jacob was told, “Your son Joseph has come to you,” Israel rallied his strength and sat up on the bed.


“GOD ALMIGHTYa Appeared to me at Luz in the land of Canaan, and there HE Blessed me


‘I AM GOING TO MAKE you fruitful and INCREASE your

numbers. I WILL MAKE you a community of peoples,

and I WILL GIVE this land as an everlasting

possession to your descendants after you.’

5“Now then, your two sons born to you in Egypt before I came to you here will be reckoned as mine; Ephraim and Manasseh will be mine, just as Reuben and Simeon are mine. 6Any children born to you after them will be yours; in the territory they inherit they will be reckoned under the names of their brothers. 7As I was returning from Paddan,b to my sorrow Rachel died in the land of Canaan while we were still on the way, a little distance from Ephrath. So I buried her there beside the road to Ephrath” (that is, Bethlehem).

8When Israel saw the sons of Joseph, he asked, “Who are these?”

9“They are the sons GOD HAS GIVEN me here,” Joseph said to his father.

Then Israel said, “Bring them to me so I may bless them.”

10Now Israel’s eyes were failing because of old age, and he could hardly see. So Joseph brought his sons close to him, and his father kissed them and embraced them.

11Israel said to Joseph, “I never expected to see your face again, and now GOD HAS ALLOWED me to see your children too.”

12Then Joseph removed them from Israel’s knees and bowed down with his face to the ground. 13And Joseph took both of them, Ephraim on his right toward Israel’s left hand and Manasseh on his left toward Israel’s right hand, and brought them close to him. 14But Israel reached out his right hand and put it on Ephraim’s head, though he was the younger, and crossing his arms, he put his left hand on Manasseh’s head, even though Manasseh was the firstborn.

15Then he blessed Joseph and said,

“May The GOD Before Whom my fathers

The GOD WHO Has Been my Shepherd

all my life to this day,

16The ANGEL WHO Has Delivered me from all harm

—May HE Bless these boys.

May they be called by my name

and the names of my fathers Abraham and Isaac,

and may they increase greatly 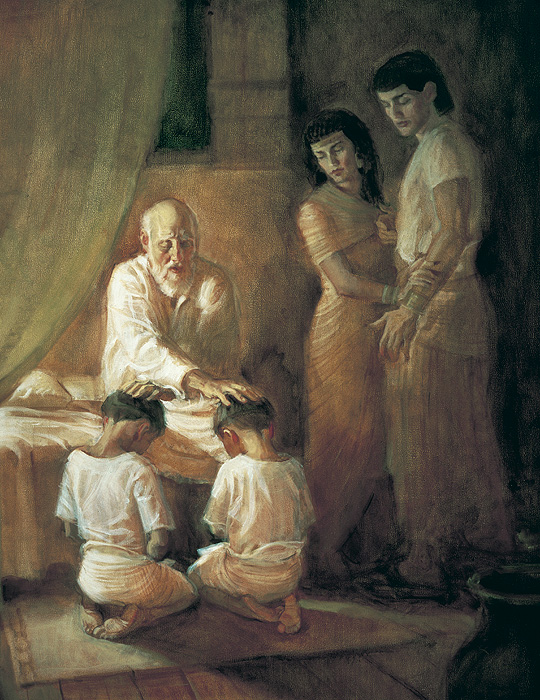 19But his father refused and said,

20He blessed them that day and said,

“In your name will Israel pronounce this blessing:
‘May GOD Make you like Ephraim and Manasseh.’ ”

So he put Ephraim ahead of Manasseh.


21Then Israel said to Joseph, “I am about to die, but GOD Will Be With youd and Take youe Back to the land of yourf fathers. 22And to you I give one more ridge of landg than to your brothers, the ridge I took from the Amorites with my sword and my bow.”


Posted by 지구 여행객 JOHN KIM at 12:11 PM No comments: Links to this post