CHRIST Is My REDEEMER


1 The LORD Said To Moses at Mount Sinai,

5Do not reap what grows of itself or harvest the grapes of your untended vines. The land is to have a year of rest.

6Whatever the land yields during the Sabbath year will be food for you—for yourself, your male and female servants, and the hired worker and temporary resident who live among you, 7as well as for your livestock and the wild animals in your land. Whatever the land produces may be eaten.


The Year of Jubilee

8“ ‘Count off seven Sabbath years—seven times seven years—so that the seven Sabbath years amount to a period of forty-nine years. 9Then have the trumpet sounded everywhere on the tenth day of the seventh month; on the Day of Atonement sound the trumpet throughout your land. 10Consecrate the fiftieth year and proclaim liberty throughout the land to all its inhabitants. It shall be a jubilee for you; each of you is to return to your family property and to your own clan. 11The fiftieth year shall be a jubilee for you; do not sow and do not reap what grows of itself or harvest the untended vines. 12For it is a jubilee and is to be holy for you; eat only what is taken directly from the fields.


13“ ‘In this Year of Jubilee everyone is to return to their own property.

I AM The LORD your GOD.

18“ ‘Follow MY Decrees and be careful to obey MY Laws, and you will live safely in the land. 19Then the land will yield its fruit, and you will eat your fill and live there in safety. 20You may ask, “What will we eat in the seventh year if we do not plant or harvest our crops?” 21I WILL Send you such a blessing in the sixth year that the land will yield enough for three years. 22While you plant during the eighth year, you will eat from the old crop and will continue to eat from it until the harvest of the ninth year comes in.

23“ ‘The land must not be sold permanently, because


24Throughout the land that you hold as a possession, you must provide for the redemption of the land.

25“ ‘If one of your fellow Israelites becomes poor and sells some of their property, their nearest relative is to come and redeem what they have sold. 26If, however, there is no one to redeem it for them but later on they prosper and acquire sufficient means to redeem it themselves, 27they are to determine the value for the years since they sold it and refund the balance to the one to whom they sold it; they can then go back to their own property. 28But if they do not acquire the means to repay, what was sold will remain in the possession of the buyer until the Year of Jubilee. It will be returned in the Jubilee, and they can then go back to their property.

29“ ‘Anyone who sells a house in a walled city retains the right of redemption a full year after its sale. During that time the seller may redeem it. 30If it is not redeemed before a full year has passed, the house in the walled city shall belong permanently to the buyer and the buyer’s descendants. It is not to be returned in the Jubilee. 31But houses in villages without walls around them are to be considered as belonging to the open country. They can be redeemed, and they are to be returned in the Jubilee.


32“ ‘The Levites always have the right to redeem their houses in the Levitical towns, which they possess. 33So the property of the Levites is redeemable—that is, a house sold in any town they hold—and is to be returned in the Jubilee, because the houses in the towns of the Levites are their property among the Israelites. 34But the pastureland belonging to their towns must not be sold; it is their permanent possession.

35“ ‘If any of your fellow Israelites become poor and are unable to support themselves among you, help them as you would a foreigner and stranger, so they can continue to live among you. 36Do not take interest or any profit from them, but fear your GOD, so that they may continue to live among you. 37You must not lend them money at interest or sell them food at a profit. 38I AM The LORD your GOD, WHO Brought you Out of Egypt to Give you the land of Canaan and to be your GOD.

39“ ‘If any of your fellow Israelites become poor and sell themselves to you, do not make them work as slaves. 40They are to be treated as hired workers or temporary residents among you; they are to work for you until the Year of Jubilee. 41Then they and their children are to be released, and they will go back to their own clans and to the property of their ancestors. 42Because the Israelites are My servants, whom I Brought Out of Egypt, they must not be sold as slaves. 43Do not rule over them ruthlessly, but fear your GOD.

44“ ‘Your male and female slaves are to come from the nations around you; from them you may buy slaves. 45You may also buy some of the temporary residents living among you and members of their clans born in your country, and they will become your property. 46You can bequeath them to your children as inherited property and can make them slaves for life, but you must not rule over your fellow Israelites ruthlessly.

47“ ‘If a foreigner residing among you becomes rich and any of your fellow Israelites become poor and sell themselves to the foreigner or to a member of the foreigner’s clan, 48they retain the right of redemption after they have sold themselves. One of their relatives may redeem them: 49An uncle or a cousin or any blood relative in their clan may redeem them. Or if they prosper, they may redeem themselves. 50They and their buyer are to count the time from the year they sold themselves up to the Year of Jubilee. The price for their release is to be based on the rate paid to a hired worker for that number of years. 51If many years remain, they must pay for their redemption a larger share of the price paid for them. 52If only a few years remain until the Year of Jubilee, they are to compute that and pay for their redemption accordingly. 53They are to be treated as workers hired from year to year; you must see to it that those to whom they owe service do not rule over them ruthlessly.

54 “ ‘Even if someone is not redeemed in any of these ways, they and their children are to be released in the Year of Jubilee, 55for the Israelites belong To ME as servants.

They are MY servants, whom I Brought

Out of Egypt. I AM The LORD your GOD. 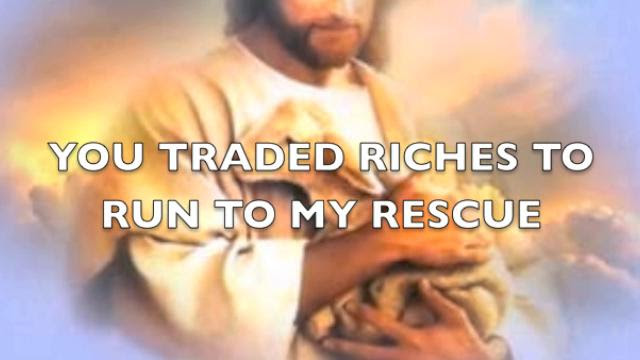