JESUS Says, "Do Not Swear An Oath At All" 
1Moses said to the heads of the tribes of Israel:

“This Is What The LORD Commands:

2When a man makes a vow To The LORD or takes an oath to obligate himself by a pledge, he must not break his word but must do everything he said. 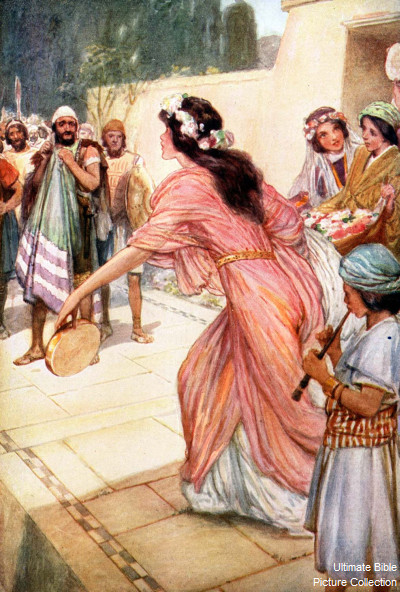 3“When a young woman still living in her father’s household makes a vow To The LORD or obligates herself by a pledge 4and her father hears about her vow or pledge but says nothing to her, then all her vows and every pledge by which she obligated herself will stand.

5 But if her father forbids her when he hears about it, none of her vows or the pledges by which she obligated herself will stand; The LORD WILL Release her because her father has forbidden her.


8 But if her husband forbids her when he hears about it, he nullifies the vow that obligates her or the rash promise by which she obligates herself, and The LORD WILL Release her.

9“Any vow or obligation taken by a widow or divorced woman will be binding on her.

10“If a woman living with her husband makes a vow or obligates herself by a pledge under oath 11and her husband hears about it but says nothing to her and does not forbid her, then all her vows or the pledges by which she obligated herself will stand.

12But if her husband nullifies them when he hears about them, then none of the vows or pledges that came from her lips will stand. Her husband has nullified them, and The Lord WILL Release her. 13Her husband may confirm or nullify any vow she makes or any sworn pledge to deny herself.

16 These are the regulations The LORD Gave Moses concerning relationships between a man and his wife, and between a father and his young daughter still living at home.

Two cases of vows are determined. The case of a daughter in her father's house. When her vow comes to his knowledge, it is in his power either to confirm it or do it away. The law is plain in the case of a wife. If her husband allows her vow, though only by silence, it stands. If he disallows it, her obligation to her husband takes place of it; for to him she ought to be in subjection, as Unto The LORD.

The Divine Law consults the good order of families. It is fit that every man should bear rule in his own house, and have his wife and children in subjection; rather than that this great rule should be broken, or any encouragement be given to inferior relations to break those bonds asunder, GOD Releases the obligation even of a solemn vow. So much does religion secure the welfare of all societies; and in it the families of the earth have a blessing.