JEHOVAH IS The GOD Of Justice To All

1During the reign of David, there was a famine for three successive years; so David sought The Face of The LORD.

“It is on account of Saul and his blood-stained house;

it is because he put the Gibeonites to death.”

2The king summoned the Gibeonites and spoke to them. (Now the Gibeonites were not a part of Israel but were survivors of the Amorites; the Israelites had sworn to spare them, but Saul in his zeal for Israel and Judah had tried to annihilate them.) 3David asked the Gibeonites, “What shall I do for you? How shall I make atonement so that you will bless The LORD'S Inheritance?”

4The Gibeonites answered him, “We have no right to demand silver or gold from Saul or his family, nor do we have the right to put anyone in Israel to death.”

“What do you want me to do for you?” David asked.

5They answered the king, “As for the man who destroyed us and plotted against us so that we have been decimated and have no place anywhere in Israel, 6 let seven of his male descendants be given to us to be killed and their bodies exposed Before The LORD at Gibeah of Saul—The LORD'S chosen one.”

So the king said, “I will give them to you.”

7The king spared Mephibosheth son of Jonathan, the son of Saul, because of the oath Before The LORD between David and Jonathan son of Saul. 8But the king took Armoni and Mephibosheth, the two sons of Aiah’s daughter Rizpah, 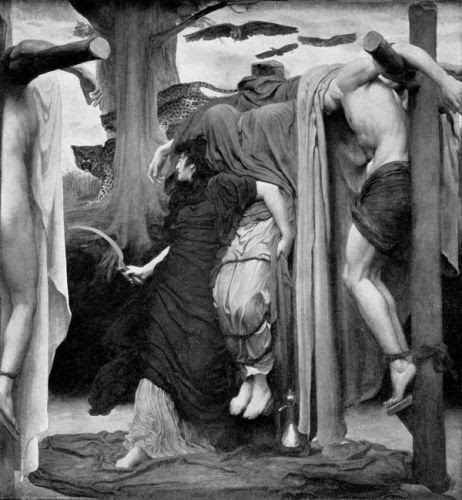 9He handed them over to the Gibeonites,

who killed them and exposed their bodies on a hill Before The LORD.

All seven of them fell together; they were put to death during the first days of the harvest, just as the barley harvest was beginning.  10Rizpah daughter of Aiah took sackcloth and spread it out for herself on a rock. 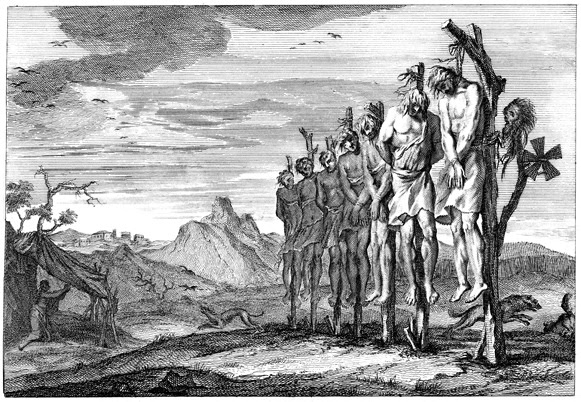 From the beginning of the harvest till the rain poured down from the heavens on the bodies, she did not let the birds touch them by day or the wild animals by night. 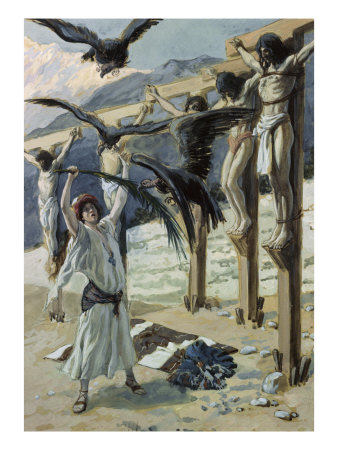 14They buried the bones of Saul and his son Jonathan in the tomb of Saul’s father Kish, at Zela in Benjamin, and did everything the king commanded. After that, GOD Answered prayer in behalf of the land.

Wars Against the Philistines

15Once again there was a battle between the Philistines and Israel. David went down with his men to fight against the Philistines, and he became exhausted. 16And Ishbi-Benob, one of the descendants of Rapha, whose bronze spearhead weighed three hundred shekelsb and who was armed with a new sword, said he would kill David. 17But Abishai son of Zeruiah came to David’s rescue; he struck the Philistine down and killed him. Then David’s men swore to him, saying, “Never again will you go out with us to battle, so that the lamp of Israel will not be extinguished.”

18In the course of time, there was another battle with the Philistines, at Gob. At that time Sibbekai the Hushathite killed Saph, one of the descendants of Rapha.

19In another battle with the Philistines at Gob, Elhanan son of Jairc the Bethlehemite killed the brother ofdGoliath the Gittite, who had a spear with a shaft like a weaver’s rod.

20In still another battle, which took place at Gath, there was a huge man with six fingers on each hand and six toes on each foot—twenty-four in all. He also was descended from Rapha. 21When he taunted Israel, Jonathan son of Shimeah, David’s brother, killed him.

22These four were descendants of Rapha in Gath, and they fell at the hands of David and his men.


David inquired of JEHOVAH; before the high priest by Urim and Thummim, what should be the cause of the famine perhaps suspecting it was some sins of his; the first year he might take no notice of it, hoping for a more fruitful season the next year, it arising, as he might suppose, from some natural cause; the second year he might begin to think it was for some national sins, but might be remiss in his inquiry into them; but the third year he was alarmed, and concluded there was something extraordinary and special, and feared it was on his account, and this put him on making inquiry.

And JEHOVAH Answered, it is for Saul, and for his bloody house; on account of the blood shed by him and his family; which answer must in a good measure relieve the mind of David, if he was fearful it was for his sin.

Because he killed the Gibeonites: which was contrary to the oath that Joshua and all Israel had given them not to slay them, but save them alive, Joshua 9:15. When this was done is not certain; the Jews commonly say that he slew them when he slew the priests at Nob, they being hewers of wood and drawers of water to them, and were slain with them; or because their maintenance depended on the priests, they being slain, it was in effect slaying them; but rather this refers to another time, and to other action or actions of Saul, who sought by various means to destroy these people, and root them out of the land.


And Saul, contrary to this oath, tried to kill them in his zeal to the children of Israel and Judah; pretending a great concern for them, for their honor and profit; that these men ought not to live in their cities, and take the bread out of their mouths, and be employed in the service of the sanctuary; but that they ought to be expelled, and even cut off, being the old inhabitants of the land, JEHOVAH Ordered to be destroyed; and that though the Israelites had given an oath to the contrary, they were drawn into it by guile and deceit, and therefore not binding upon them; hence he sought by all means to harass and oppress them, and slew many of them, and destroyed them out of their cities, that they might be possessed by Judah and Benjamin; see 2 Samuel 4:2, compared with Joshua 9:17.