JESUS IS Our KING And LORD


Israel Asks for a King

1When Samuel grew old, he appointed his sons as Israel’s leaders.a 2The name of his firstborn was Joel and the name of his second was Abijah, and they served at Beersheba. 3But his sons did not follow his ways. They turned aside after dishonest gain and accepted bribes and perverted justice.

4So all the elders of Israel gathered together and came to Samuel at Ramah. 5They said to him,


“You are old, and your sons do not follow your ways; now appoint a king to lead us, such as all the other nations have.”

6But when they said, “Give us a king to lead us,” this displeased Samuel; so he prayed To The LORD.

7And The LORD Told him:

“Listen to all that the people are saying to you; it is not you they have rejected, but they have rejected ME as their KING. 8As they have done from the day I Brought them Up out of Egypt until this day, forsaking ME and serving other gods, so they are doing to you. 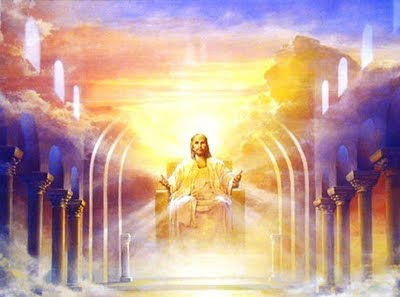 9Now listen to them; but warn them solemnly and let them know what the king who will reign over them will claim as his rights.”

10Samuel told all the WORDS of The LORD to the people who were asking him for a king. 11He said, “This is what the king who will reign over you will claim as his rights: He will take your sons and make them serve with his chariots and horses, and they will run in front of his chariots. 12Some he will assign to be commanders of thousands and commanders of fifties, and others to plow his ground and reap his harvest, and still others to make weapons of war and equipment for his chariots. 13He will take your daughters to be perfumers and cooks and bakers. 14He will take the best of your fields and vineyards and olive groves and give them to his attendants. 15He will take a tenth of your grain and of your vintage and give it to his officials and attendants.16Your male and female servants and the best of your cattlec and donkeys he will take for his own use. 17He will take a tenth of your flocks, and you yourselves will become his slaves. 18When that day comes, you will cry out for relief from the king you have chosen, but The Lord Will Not Answer you in that day.”

19But the people refused to listen to Samuel. “No!” they said. “We want a king over us. 20Then we will be like all the other nations, with a king to lead us and to go out before us and fight our battles.”

21When Samuel heard all that the people said, he repeated it before The Lord.

“Listen to them and give them a king.”

Then Samuel said to the Israelites, “Everyone go back to your own town.”


Give us a king to judge us

Personal and family feelings might affect his views of this public movement. But his dissatisfaction arose principally from the proposed change being revolutionary in its character. Though it would not entirely subvert their theocratic government, the appointment of a visible monarch would necessarily tend to throw out of view their unseen KING and HEAD, JEHOVAH.

GOD Intimated, through Samuel, that their request would, in Anger, be granted, while at the same time HE Let Samuel inform them of some of the evils that would result from their choice.


Determined, at all hazards, to gain their object, they insisted on being made like all the other nations, though it was their glory and happiness to be unlike other nations in


having JEHOVAH GOD for their KING and

Their demand was conceded, for the government of a king had been provided for in the law; and they were dismissed to wait for the appointment, which GOD Had Reserved To HIMSELF (Deuteronomy 17:14-20).