1My people, hear my teaching;
listen to the words of my mouth.
2I will open my mouth with a parable;
I will utter hidden things, things from of old—
3things we have heard and known,
things our ancestors have told us.

4We will not hide them from their descendants;
we will tell the next generation
the Praiseworthy Deeds of The LORD,
HIS Power, and the Wonders HE Has Done. 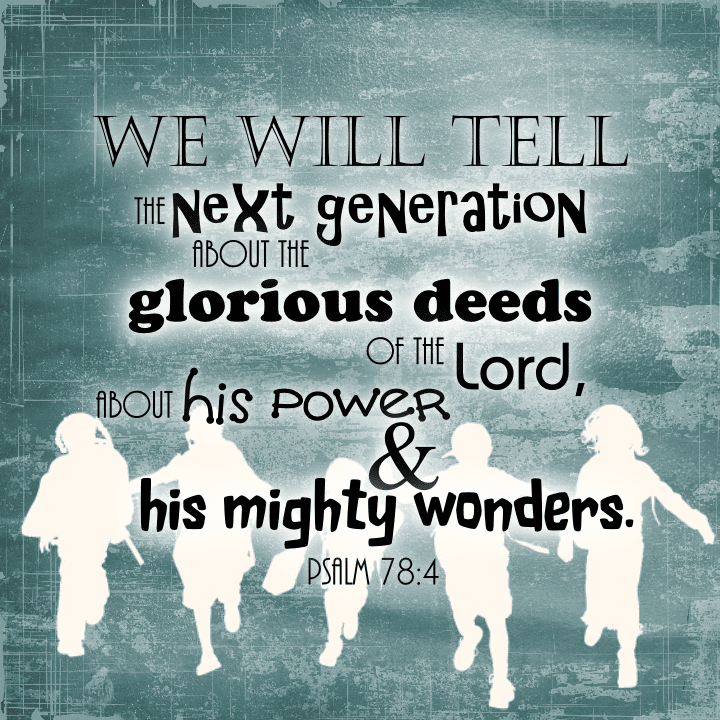 5HE Decreed Statutes for Jacob
and Established the law in Israel,
Which HE Commanded our ancestors
to teach their children,
6so the next generation would know them,
even the children yet to be born,
and they in turn would tell their children.
7Then they would put their trust In GOD
and would not forget HIS Deeds
but would keep HIS Commands. 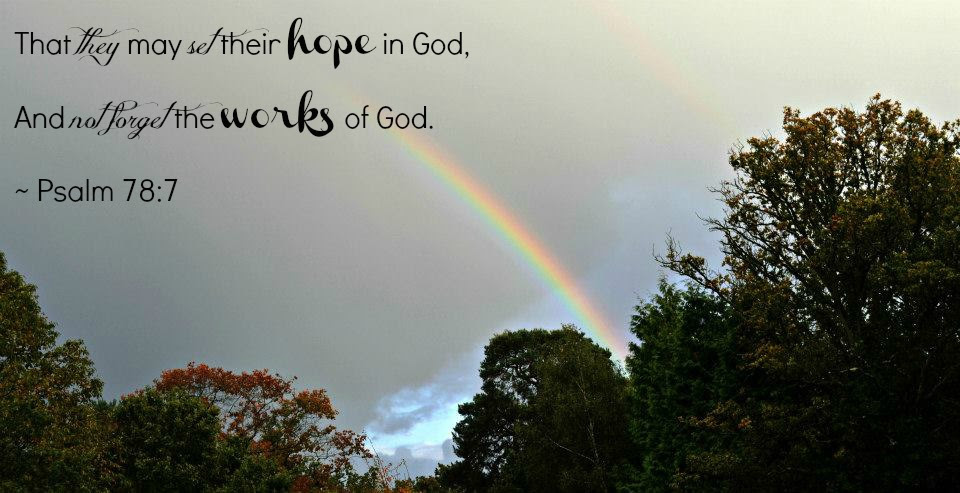 8They would not be like their ancestors—
a stubborn and rebellious generation,
whose hearts were not loyal To GOD,
whose spirits were not faithful to Him.
9The men of Ephraim, though armed with bows,
turned back on the day of battle;
10they did not keep GOD'S Covenant
and refused to live by His Law.
11They forgot What HE Had Done,
the Wonders HE Had Shown them.
12HE Did Miracles in the sight of their ancestors
in the land of Egypt, in the region of Zoan.
13HE Divided the sea and Led them through;
HE Made the water stand up like a wall. 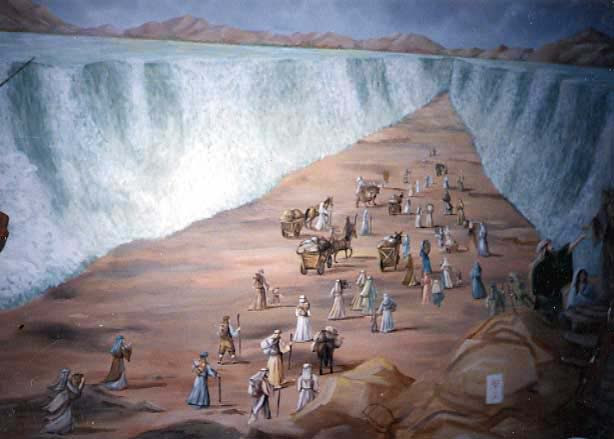 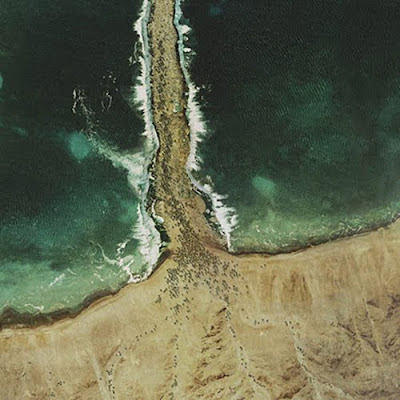 14HE Guided them with the cloud by day
and with light from the fire all night. 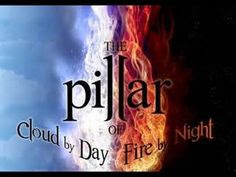 15HE Split the rocks in the wilderness
and gave them water as abundant as the seas.
16HE Brought streams out of a rocky crag
and Made water flow down like rivers. 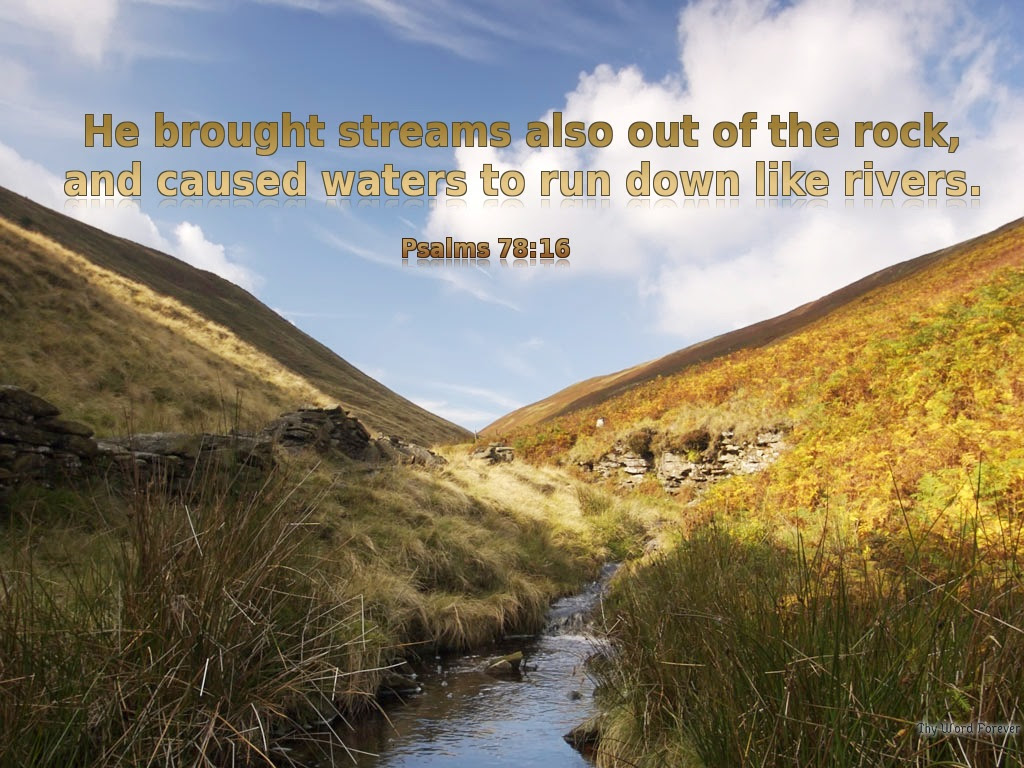 17But they continued to sin against HIM,
rebelling in the wilderness Against The MOST HIGH.
18They willfully put GOD to the test
by demanding the food they craved.

19They spoke Against GOD;
they said,

“Can GOD Really
Spread a table in the wilderness?

20True, HE Struck the rock,
and water gushed out,
streams flowed abundantly,

But Can HE also Give us bread?

Can HE Supply meat for HIS people?”

21When The LORD Heard them, HE Was Furious;

HIS Fire Broke Out against Jacob,
and HIS Wrath Rose against Israel,
22for they did not believe In GOD
or trust in HIS Deliverance.
23Yet HE Gave a Command to the skies above
and Opened the doors of the heavens;
24HE Rained Down manna for the people to eat,
HE Gave them the grain of heaven. 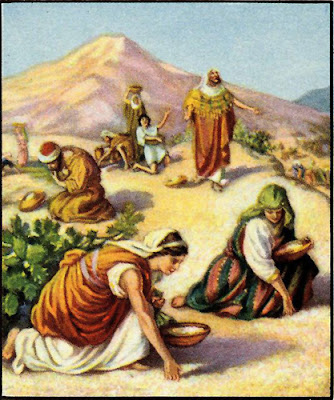 25Human beings ate the bread of angels;
HE Sent them all the food they could eat.

26HE Let Loose the east wind from the heavens
and By HIS Power Made the south wind blow.
27HE Rained meat down on them like dust,
birds like sand on the seashore.
28HE Made them come down inside their camp,
all around their tents. 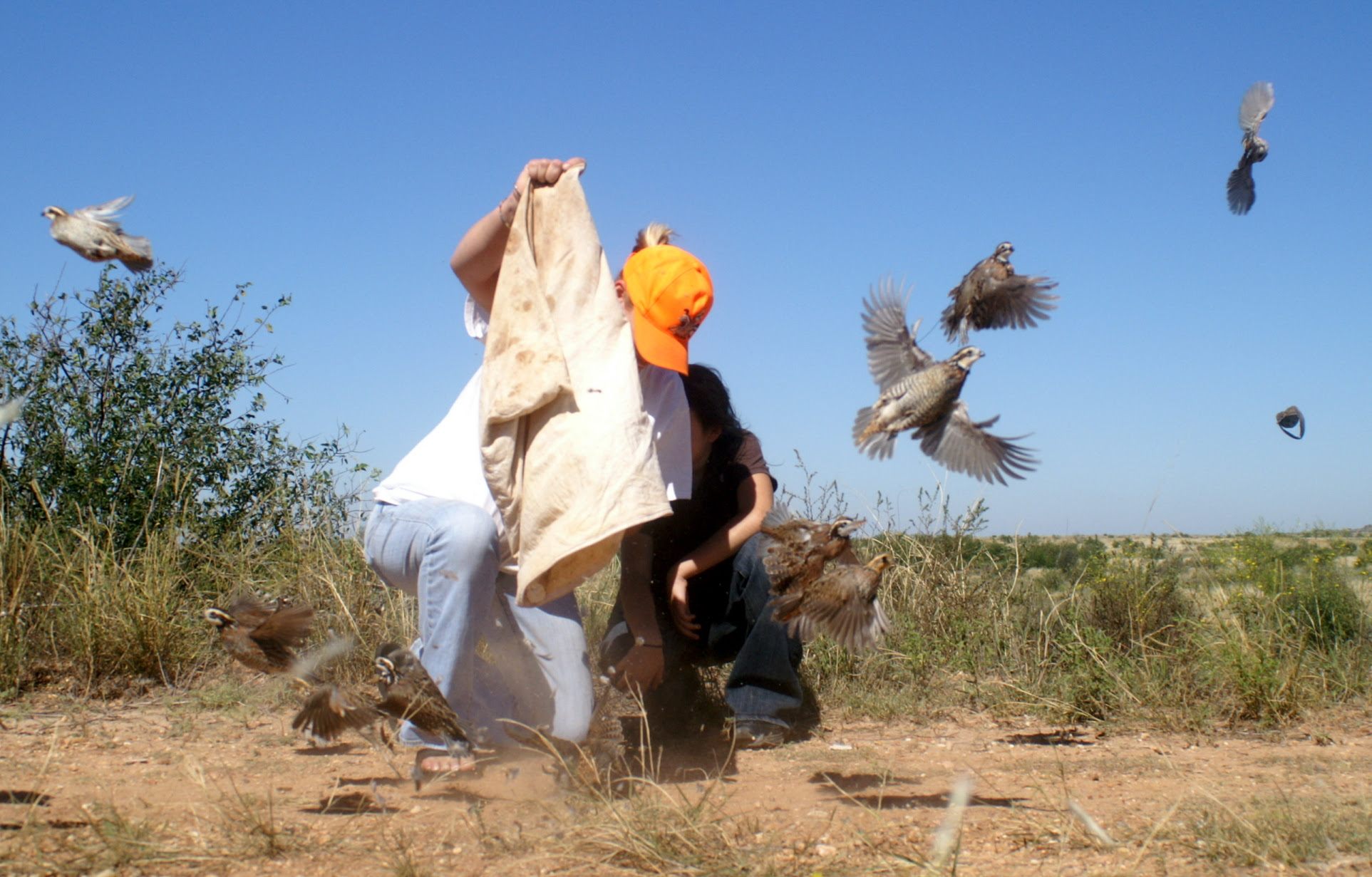 29They ate till they were gorged—
HE Had Given them what they craved.
30But before they turned from what they craved,
even while the food was still in their mouths,
31GOD’S Anger Rose against them;
HE Put to death the sturdiest among them,
Cutting down the young men of Israel.

32In spite of all this, they kept on sinning;
in spite of HIM Wonders, they did not believe.
33So HE Ended their days in futility
and their years in terror.
34Whenever GOD Slew them, they would seek HIM;
they eagerly turned to HIM again.

35They remembered that GOD Was their ROCK,

that GOD MOST HIGH Was their REDEEMER.

36But then they would flatter HIM with their mouths,
lying to HIM with their tongues;
37their hearts were not loyal to HIM,
they were not faithful To HIM Covenant.
38Yet HE Was Merciful;
HE Forgave their iniquities
and Did Not Destroy them.
Time after time HE Restrained HIS Anger
and Did Not Stir Up HIS full Wrath.
39HE Remembered that they were but flesh,
a passing breeze that does not return.
40How often they rebelled against HIM in the wilderness
and grieved HIM in the wasteland!
41Again and again they put GOD to the test;
they vexed the HOLY ONE of Israel.
42They did not remember His Power—
the day HE Redeemed them from the oppressor,
43the day HE Displayed HIM Signs in Egypt,
HIS Wonders in the region of Zoan.
44HE Turned their river into blood;
they could not drink from their streams.
45HE Sent swarms of flies that devoured them,
and frogs that devastated them.
46HE Gave their crops to the grasshopper,
their produce to the locust.
47HE Destroyed their vines with hail
and their sycamore-figs with sleet.
48HE Gave Over their cattle to the hail,
their livestock to bolts of lightning.
49HE Unleashed against them HIS Hot Anger,
HIS Wrath, Indignation and Hostility—
a band of destroying angels.
50HE Prepared a path for HIS Anger;
HE Did Not Spare them from death
but Gave them over to the plague. 51HE Struck Down all the firstborn of Egypt,
the firstfruits of manhood in the tents of Ham. 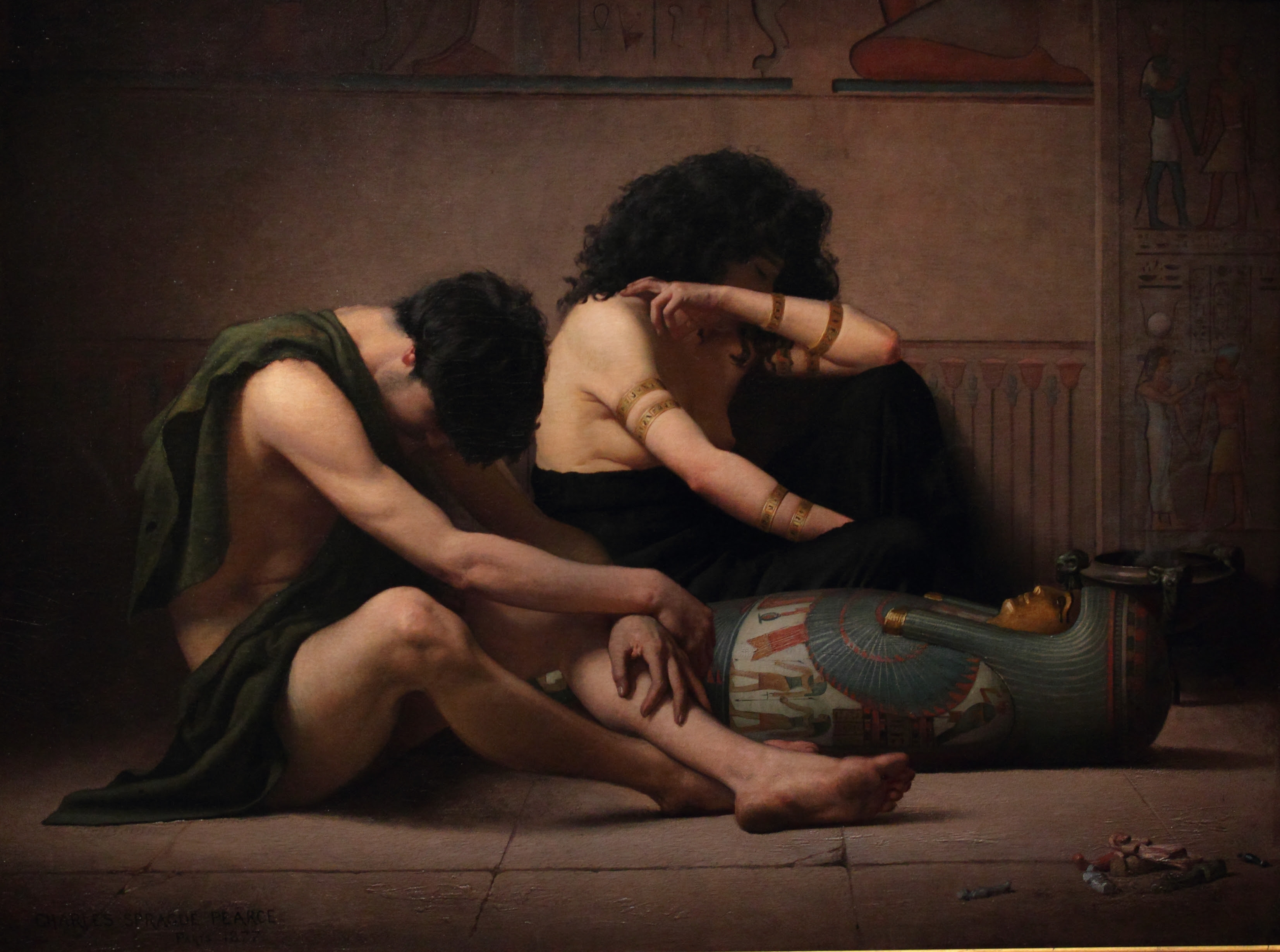 52But HE Brought HIS people out like a flock;
HE Led them like sheep through the wilderness.
53HE Guided them safely, so they were unafraid;
but the sea engulfed their enemies. 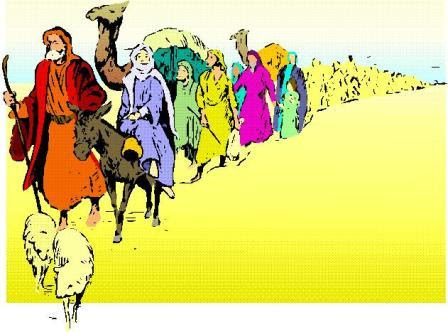 54And so HE Brought them to the border of HIS Holy Land,
to the hill country HIS Right Hand had taken.
55HE Drove Out nations before them
and allotted their lands to them as an inheritance;
HE Settled the tribes of Israel in their homes.

56But they put GOD to the test
and rebelled against The MOST HIGH;
they did not keep HIS Statutes.
57Like their ancestors they were disloyal and faithless,
as unreliable as a faulty bow.
58They angered HIM with their high places;
they aroused HIS jealousy with their idols.

59When GOD Heard them, HE Was Furious;
HE Rejected Israel completely.
60HE Abandoned the Tabernacle of Shiloh,
the tent HE Had Set Up among humans.
61HE Sent the Ark of HIS Might into captivity, 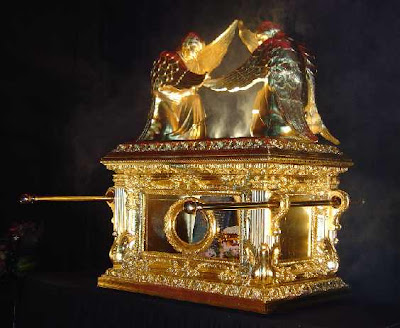 HIS Splendor into the hands of the enemy. 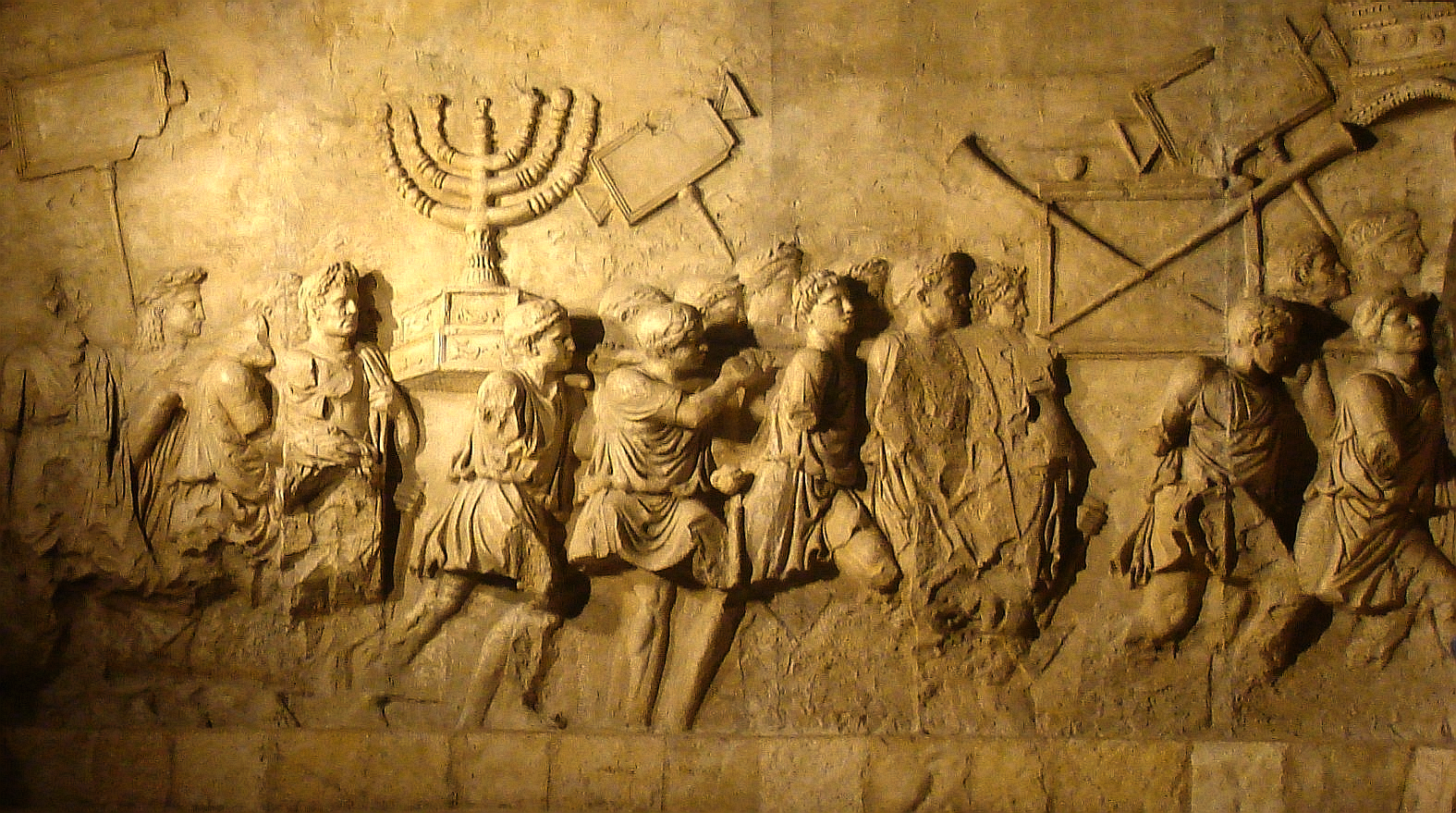 65Then The LORD Awoke as from sleep,
as a warrior wakes from the stupor of wine.
66HE Beat Back His enemies;
HE Put them to everlasting shame.
67Then HE Rejected the tents of Joseph,
HE Did Not Choose the tribe of Ephraim;
68but HE Chose the tribe of Judah,
Mount Zion, Which HE Loved.
69HE Built HIS Sanctuary like the heights,
like the earth that HE Established forever.

70HE Chose David HIS servant
and Took HIM from the sheep pens; 71from tending the sheep HE Brought him
to be the shepherd of HIS people Jacob,
of Israel HIS Inheritance. 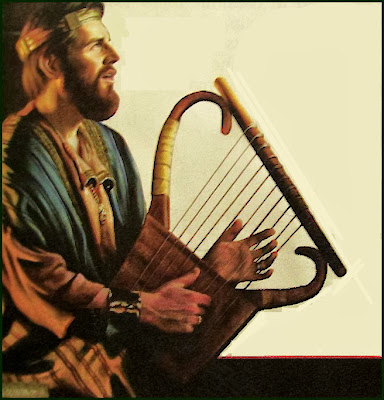 72And David shepherded them with integrity of heart;
with skillful hands he led them.

This psalm is historical; it is a narrative of the great Mercies GOD Had Bestowed Upon Israel, the great sins that they had provoked HIM, and the many tokens of GOD’S Displeasure they had been under for their sins.

The psalmist begins to relate GOD'S wonders of old, for his own encouragement in a difficult time; and shows not only How Good GOD Had Been to them, but how rebelliously they had conducted themselves towards GOD, which justified HIM in correcting them As HE Did at this time.

I. The preface to Israel’s history, commanding the attention of the present age to it and recommending it to the study of the generations to come (v. 1-8).

II. The history itself from Moses to David; it is put into a psalm or song that it might be the better remembered and transmitted to next generations. The general scope of this psalm we have (v. 9-11) where notice is taken of the present rebukes they were under (v. 9), the sin which brought them under those rebukes (v. 10), and the Mercies of GOD to them formerly, which aggravated that sin (v. 11).

As to the particulars, we are here told,

2. How ungrateful they were To GOD For HIS Favors to them and how many and great provocations they were guilty of. How they murmured against GOD and distrusted him (v. 17-20), and did but counterfeit repentance and submission When HE Punished them (v. 34-37), thus grieving and tempting Him (v. 40-42). How they provoked GOD with their idolatries after they came to Canaan (v. 56-58).

4. How Graciously GOD Had Spared them and Returned in Mercy to them, notwithstanding their provocations. HE Had Forgiven them formerly (v. 38, 39), and now, of late, Had Removed the judgments they had brought upon themselves, and Brought them Under a happy establishment (v. 65-72).

As the general scope of this Psalm may put us upon recollecting What GOD Has Done For us and For HIS church formerly, and what we have done wrong against HIM, warning against those sins of unbelief and ingratitude which Israel of old was guilty of, and the record that was preserved for our learning in this present age,