For the director of music. A psalm of David.

1 Blessed are those who have regard for the weak;
The LORD Delivers them in times of trouble.
2The LORD Protects and Preserves them—
they are counted among the blessed in the land—
HE Does Not Give them over to the desire of their foes. 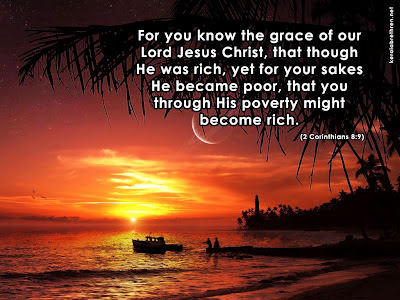 3The LORD Sustains them on their sickbed
and Restores them from their bed of illness.
4I said, “Have Mercy On me, LORD;
Heal me, for I have sinned Against YOU.”
5My enemies say of me in malice,
“When will he die and his name perish?”
6When one of them comes to see me,
he speaks falsely, while his heart gathers slander;
then he goes out and spreads it around.
7All my enemies whisper together against me;
they imagine the worst for me, saying,
8“A vile disease has afflicted him;
he will never get up from the place where he lies.”

9 Even MY close friend,
someone I Trusted,
one who shared MY Bread,

10But May YOU Have Mercy On me, LORD;
Raise me Up, that I may repay them.
11I know that YOU Are Pleased With me,
for my enemy does not triumph over me.
12Because of my integrity YOU Uphold me
and Set me in YOUR Presence forever.

13Praise Be To The LORD, The GOD of Israel,
from everlasting to everlasting.

Blessed are those who have regard for the weak – NIV

Literally, "Oh the blessings of him considering the poor."

The word used here - from שׂכל śâkal - means properly to look at, to behold; then, to be prudent or circumspect; then, to attend to; and then in general to act prudently, wisely, intelligently, in any case. Here it means to attend to; to show an interest in; to care for. The idea is that of not neglecting; not passing by; not being indifferent to; not being hard-hearted and uncharitable toward.

The word used in the Hebrew - דל dal - means properly something hanging or swinging, as of pendulous boughs or branches; and then, that which is weak, feeble, and powerless.

Who Is the Poor?

Not the poor of the world in common, nor poor saints in particular, but some Single Poor Man; for the word is in the singular number, and HE Is our LORD JESUS CHRIST, WHO, in Psalm 40:17, is said to be "Poor and  Needy": and so read the Septuagint, Vulgate Latin, and Ethiopic versions here.

HE Became poor for our sakes, that we might be enriched by HIS Poverty; Being Born of poor parents, Educated in a mean manner, and in public life was ministered to by others: the word  here used signifies one that is weak, and exhausted either of his substance or strength, or both; as CHRIST Was in HIS State of Humiliation, when HE Was Emptied of HIS Riches, and, though LORD of all, Did  Not  Have a place where to lay HIS Head; and whose Strength was dried up like a potsherd, When HE Suffered on the cross; and indeed HE Was Encompassed with weaknesses and infirmities.

HE Considers him, who considers how great a Person HE Is, that came into such a low estate for us; not a mere man, but above angels and men, that has all the perfections of Deity in HIM, the Eternal SON of GOD, truly and properly GOD, and the CREATOR of all things, and GOVERNOR of the universe; which consideration will engage to and encourage faith and hope in HIM, lead to adore HISs Wonderful Grace, and to admire His Condescension and Humility in becoming poor and weak.

He also considers who considers that the Poverty of CHRIST was for our sakes, and that we might be made rich with the riches of grace and glory; and considers it so as not to be offended with it; see Matthew 11:6; and likewise who considers HIM in HIS offices which HE Exercised as the Apostle and High Priest of our profession; and HIM in HIS Exalted state in heaven; see Hebrews 12:3.

HE Considers him, who believes in HIM as his SAVIOR, prizes HIM as the pearl of great price, cleaves close unto HIM, and follows HIM wherever HE Goes; who desires to know more of HIM, is concerned for HIS Honor, Interest, Kingdom and Glory, and pities HIS poor members.