We Are Cleansed, Restored and Transformed In The Blood Of CHRIST 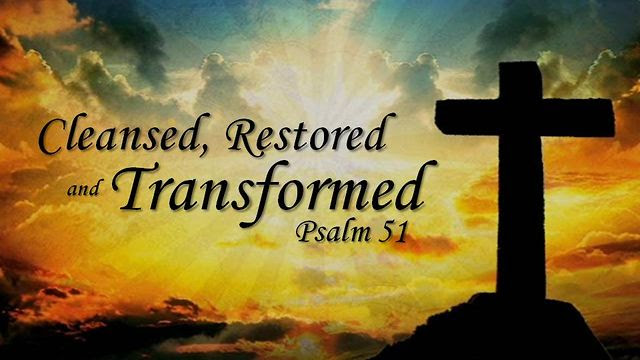 For the director of music. A psalm of David. When the prophet Nathan came to him 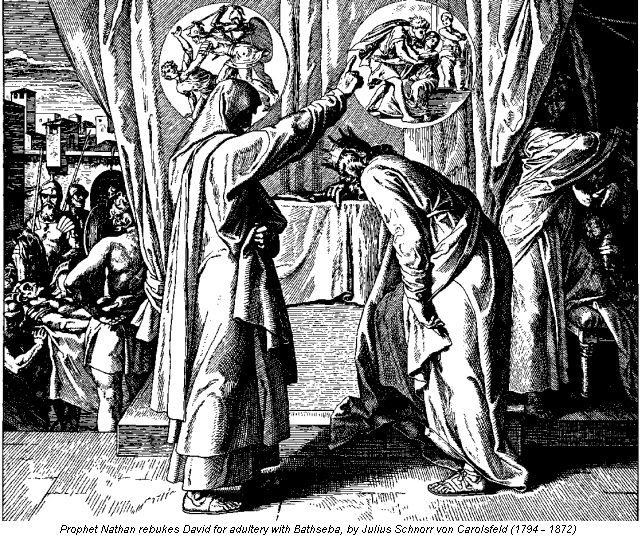 after David had committed adultery with Bathsheba. 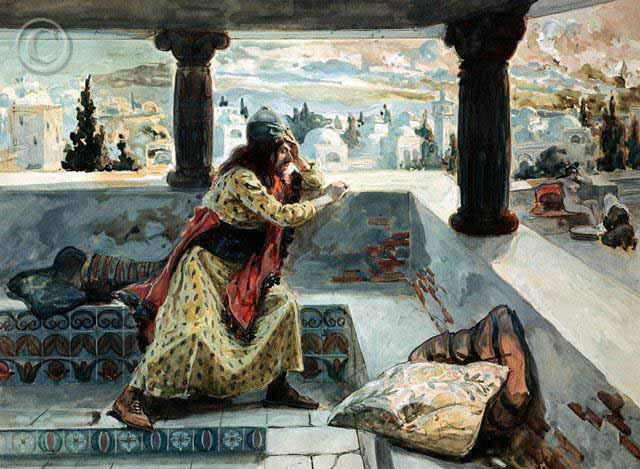 2Wash away all my iniquity
and Cleanse me from my sin.
3For I know my transgressions,
and my sin is always before me.
4Against YOU, YOU Only, have I sinned
and done what is evil in YOUR Sight;
so YOU Are Right in YOUR Verdict
and Justified When YOU Judge.
5Surely I was sinful at birth,
sinful from the time my mother conceived me.
6Yet YOU Desired Faithfulness even in the womb;
YOU Taught me Wisdom in that secret place.
7Cleanse me with hyssop, and I will be clean;
Wash me, and I will be whiter than snow.
8Let me hear joy and gladness;
Let the bones YOU Have Crushed rejoice.
9Hide YOUR Face from my sins
and Blot out all my iniquity.
10Create in me a pure heart, O GOD,
and Renew a steadfast spirit within me. 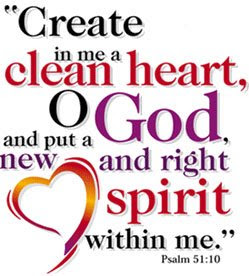 11Do Not Cast me from YOUR Presence
or Take YOUR HOLY SPIRIT from me. 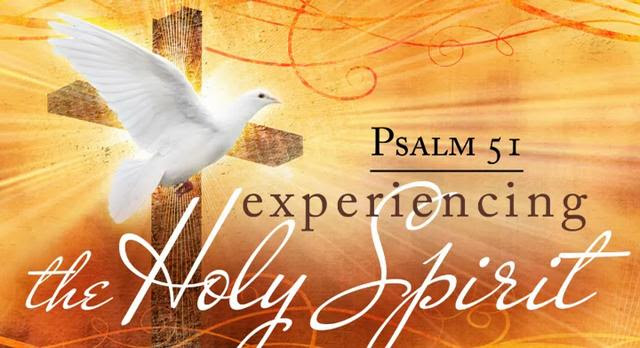 12Restore to me the joy of YOUR Salvation
and Grant me a willing spirit, to sustain me. 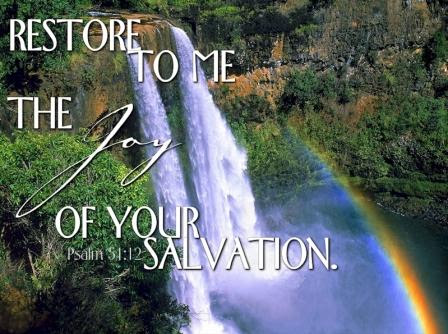 13Then I will teach transgressors YOUR Ways,
so that sinners will turn back to YOU.
14Deliver me from the guilt of bloodshed, O GOD,
YOU Who Are GOD my SAVIOR,
and my tongue will sing of YOUR Righteousness.
15Open my lips, Lord,
and my mouth will declare YOUR Praise.
16YOU Do Not Delight In sacrifice, or I would bring it;
YOU Do Not Take Pleasure In burnt offerings.
17My sacrifice, O GOD, isb a broken spirit;
a broken and contrite heart
YOU, GOD, Will Not Despise.
18May it Please YOU to prosper Zion,
to build up the walls of Jerusalem.
19Then YOU Will Delight In the sacrifices of the righteous,
in burnt offerings offered whole;
then bulls will be offered on YOUR Altar.


Let us read the whole account of David’s adultery with Bathsheba, the wife of Uriah the Hittite and this will help us meditate on Psalm 51 above.

1In the spring, at the time when kings go off to war, David sent Joab out with the king’s men and the whole Israelite army. They destroyed the Ammonites and besieged Rabbah. But David remained in Jerusalem.

2 One evening David got up from his bed and walked around on the roof of the palace. From the roof he saw a woman bathing. The woman was very beautiful,  and David sent someone to find out about her. The man said, “She is Bathsheba, the daughter of Eliam and the wife of Uriah the Hittite.” 4 Then David sent messengers to get her. She came to him, and he slept with her. (Now she was purifying herself from her monthly uncleanness.) Then she went back home. 5 The woman conceived and sent word to David, saying, “I am pregnant.”

6 So David sent this word to Joab: “Send me Uriah the Hittite.” And Joab sent him to David. 7 When Uriah came to him, David asked him how Joab was, how the soldiers were and how the war was going. 8 Then David said to Uriah, “Go down to your house and wash your feet.” So Uriah left the palace, and a gift from the king was sent after him. 9 But Uriah slept at the entrance to the palace with all his master’s servants and did not go down to his house.

10 David was told, “Uriah did not go home.” So he asked Uriah, “Haven’t you just come from a military campaign? Why didn’t you go home?”

11 Uriah said to David, “The ark and Israel and Judah are staying in tents, and my commander Joab and my lord’s men are camped in the open country. How could I go to my house to eat and drink and make love to my wife? As surely as you live, I will not do such a thing!”

12 Then David said to him, “Stay here one more day, and tomorrow I will send you back.” So Uriah remained in Jerusalem that day and the next. 13 At David’s invitation, he ate and drank with him, and David made him drunk. But in the evening Uriah went out to sleep on his mat among his master’s servants; he did not go home.

14 In the morning David wrote a letter to Joab and sent it with Uriah. 15 In it he wrote, “Put Uriah out in front where the fighting is fiercest. Then withdraw from him so he will be struck down and die.” 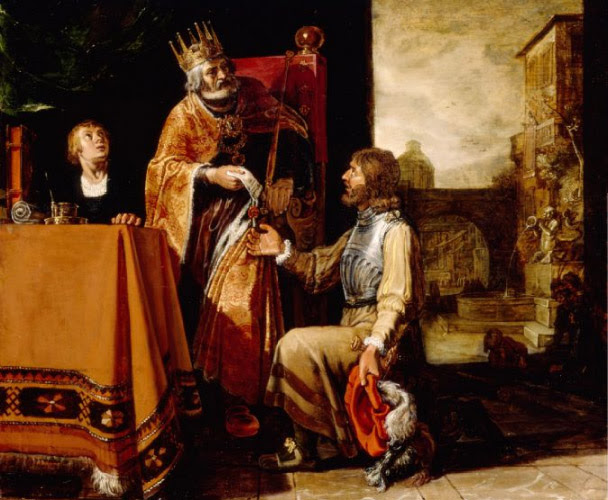 16 So while Joab had the city under siege, he put Uriah at a place where he knew the strongest defenders were. 17 When the men of the city came out and fought against Joab, some of the men in David’s army fell; moreover, Uriah the Hittite died. 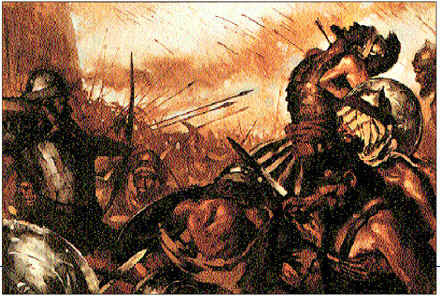 18 Joab sent David a full account of the battle. 19 He instructed the messenger: “When you have finished giving the king this account of the battle, 20 the king’s anger may flare up, and he may ask you, ‘Why did you get so close to the city to fight? Didn’t you know they would shoot arrows from the wall? 21 Who killed Abimelek son of Jerub-Besheth? Didn’t a woman drop an upper millstone on him from the wall, so that he died in Thebez? Why did you get so close to the wall?’ If he asks you this, then say to him, ‘Moreover, your servant Uriah the Hittite is dead.’”

22 The messenger set out, and when he arrived he told David everything Joab had sent him to say. 23 The messenger said to David, “The men overpowered us and came out against us in the open, but we drove them back to the entrance of the city gate. 24 Then the archers shot arrows at your servants from the wall, and some of the king’s men died. Moreover, your servant Uriah the Hittite is dead.”

25 David told the messenger, “Say this to Joab: ‘Don’t let this upset you; the sword devours one as well as another. Press the attack against the city and destroy it.’ Say this to encourage Joab.”
26 When Uriah’s wife heard that her husband was dead, she mourned for him. 27 After the time of mourning was over, David had her brought to his house, and she became his wife and bore him a son.

But the thing David had done displeased The LORD.

David, being convinced of his sin, poured out his soul to GOD in prayer for Mercy and Grace. Those that truly repent of their sins will not be ashamed to own their repentance. Also, he instructs others what to do, and what to say. David had not only done much, but suffered much in the cause of GOD; yet he flees to GOD'S Infinite Mercy, and depends upon that alone for pardon and peace.

He begs the pardon of sin. The Blood of CHRIST, sprinkled upon the conscience, blots out the transgression, and, having reconciled us to GOD, reconciles us to ourselves. The believer longs to have the whole debt of his sins blotted out, and every stain cleansed; he would be thoroughly washed from all his sins; but the hypocrite always has some secret reserve, and would have some favorite lust spared.

David had such a deep sense of his sin that he was continually thinking of it, with sorrow and shame. He confesses his original corruption. This is that foolishness which is bound in the heart of a child, that proneness to evil, and that backwardness to good, which is the burden of the regenerate, and the ruin of the unregenerate.  He is encouraged, in his repentance to hope that GOD Would Graciously Accept him. Where there is truth, GOD will give wisdom.

David now saw, more than ever, what an unclean heart he had, and sadly laments it; but he sees it is not in his own power to amend it, and therefore begs GOD Would Create in him a clean heart. When the sinner feels this change is necessary, and reads the promise of GOD to that purpose, he begins to ask it.

He knew he had by his sin grieved The HOLY SPIRIT, and provoked Him to withdraw. This he dreads more than anything. He prays that Divine Comforts May Be Restored to him. The HOLY SPIRIT Is A Free SPIRIT, a Free Agent HIMSELF, Working freely. It is The SPIRIT of adoption spoken to the heart. Those to whom GOD Is The GOD of Salvation, HE Will Deliver from guilt; for the salvation HE Is The GOD of, is salvation from sin. We therefore plead with HIM, LORD, YOU Are The GOD of my Salvation, therefore deliver me from the dominion of sin.

Those who are thoroughly convinced of their misery and danger by sin, would spare no cost to obtain the remission of it. The good work wrought in every true penitent, is a broken spirit, a broken and a contrite heart, and sorrow for sin. It is a heart that is tender, and submissive to GOD'S WORD. GOD Is Graciously Pleased To Accept this; it is instead of all burnt-offering and sacrifice.

The broken heart is acceptable to GOD only through JESUS CHRIST; there is no true repentance without faith in HIM. Men despise that which is broken, but GOD Will Not. HE Will Not Overlook it, HE Will Not Refuse or Reject it; though it makes GOD no satisfaction for the wrong done to HIM by sin.

Sinners have redemption only through The Blood of CHRIST, the forgiveness of sins according to the riches of GOD’S Grace.