Do Not Conceal Your Sins, Confess Them To Be Forgiven

1The wicked flee though no one pursues,
but the righteous are as bold as a lion. 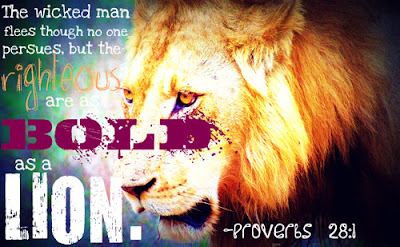 2When a country is rebellious, it has many rulers,
but a ruler with discernment and knowledge maintains order.
3A rulera who oppresses the poor
is like a driving rain that leaves no crops.
4Those who forsake instruction praise the wicked,
but those who heed it resist them.
5Evildoers do not understand what is right,
but those who seek The LORD understand it fully.

6Better the poor whose walk is blameless
than the rich whose ways are perverse.

7A discerning son heeds instruction,
but a companion of gluttons disgraces his father.

8Whoever increases wealth by taking interest or profit from the poor
amasses it for another, who will be kind to the poor.

9 If anyone turns a deaf ear to MY Instruction,
even their prayers are detestable.

10Whoever leads the upright along an evil path
will fall into their own trap,
but the blameless will receive a good inheritance. 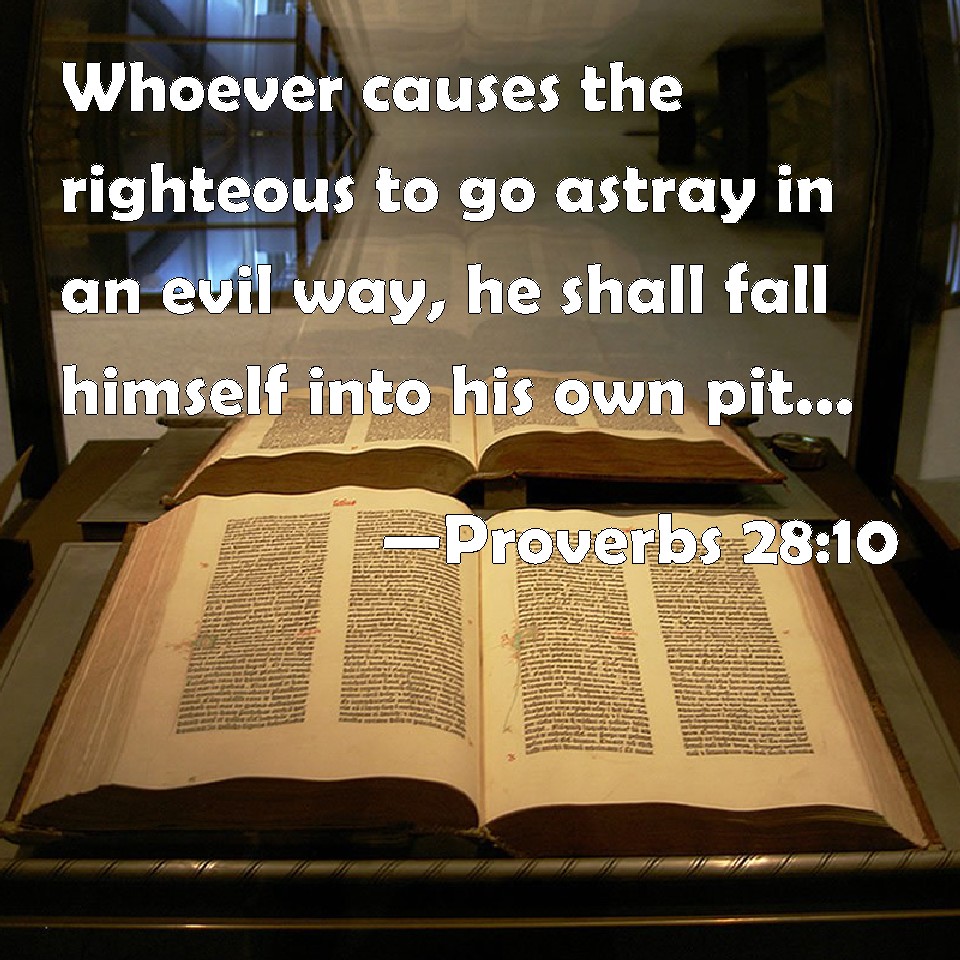 11The rich are wise in their own eyes;
one who is poor and discerning sees how deluded they are.
12When the righteous triumph, there is great elation;
but when the wicked rise to power, people go into hiding.

13 Whoever conceals their sins does not prosper,
but the one who confesses and renounces them finds Mercy. 14 Blessed is the one who always trembles Before GOD,
but whoever hardens their heart falls into trouble. 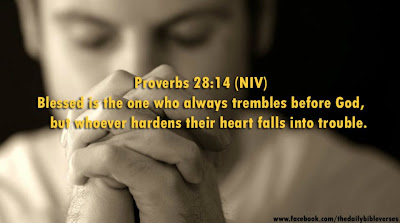 15Like a roaring lion or a charging bear
is a wicked ruler over a helpless people.
16A tyrannical ruler practices extortion,
but one who hates ill-gotten gain will enjoy a long reign.
17Anyone tormented by the guilt of murder
will seek refuge in the grave;
let no one hold them back.
18The one whose walk is blameless is kept safe,
but the one whose ways are perverse will fall into the pit.

19 Those who work their land will have abundant food,
but those who chase fantasies will have their fill of poverty.

20A faithful person will be richly blessed,
but one eager to get rich will not go unpunished.
21To show partiality is not good—
yet a person will do wrong for a piece of bread.
22The stingy are eager to get rich
and are unaware that poverty awaits them.
23Whoever rebukes a person will in the end gain favor
rather than one who has a flattering tongue.
24Whoever robs their father or mother
and says, “It’s not wrong,”
is partner to one who destroys.
25The greedy stir up conflict,
but those who trust in The Lord will prosper.
26Those who trust in themselves are fools,
but those who walk in wisdom are kept safe.

27 Those who give to the poor will lack nothing,
but those who close their eyes to them receive many curses. 
"Whoever conceals their sins does not prosper,
but the one who confesses and renounces them finds Mercy"

“If we claim to be without sin, we deceive ourselves and the truth is not in us. If we confess our sins, HE Is Faithful and Just and Will Forgive us our sins and purify us from all unrighteousness. If we claim we have not sinned, we make HIM out to be a liar and HIS WORD Is Not In us.”

JESUS CHRIST, our LORD and SAVIOR Is Faithful and Just To Forgive us our sins: forgiveness of sin is proceeding from the Bloodshed and Sacrifice of CHRIST, which is done at once for all, and includes all sins, past, present, and future; but an application of pardoning grace to a poor sinner, humbled under a sense of sin, and confessing it before The LORD; and confession of sin is not the cause or condition of pardon, but is descriptive of the person, and points him out, to whom GOD Does Make Known HIS Forgiving Love; for to whomsoever HE Grants repentance, HE Gives the remission of sin; in doing of which HE Is Faithful To HIS WORD of promise; such as in Proverbs 28:13; “and Just”; in being “True” to HIS WORD; and showing a proper regard to the Blood and Sacrifice of HIS SON; for HIS Blood Being Shed, and hereby satisfaction made to the Law and Justice of GOD.

It is a Righteous thing in HIM to Justify from sin, and Forgive us for Whom CHRIST Has Shed HIS Blood, and Not Punish us for it; though The WORD here used may answer to the Hebrew word which sometimes carries in it the notion and idea of mercy and beneficence; hence mercy to the poor is sometimes expressed by righteousness; and the righteous acts of GOD Intend HIS mercies and benefits to us; see Daniel 4:27; and so forgiveness of sin springs from the tender Mercies of our GOD, and is both an act of Justice and of Mercy; of Justice, with respect to the Blood of CHRIST, and of pure Grace and Mercy us; and to cleanse us, from all unrighteousness, is but the same thing expressed in different words; for all unrighteousness is sin, and to cleanse from sin is to remove the guilt of it, by an application of the Blood of CHRIST for pardon. The antecedent to the relative “HE” in the text, is either GOD, WHO Is Light, and with WHOM the saints have fellowship; or HIS SON JESUS CHRIST, WHO Is the nearest antecedent, and WHO, Being Truly GOD, Has a Power To Forgive sin.