Here Is Your GOD, Our SAVIOR JESUS CHRIST!

and proclaim to her

that her hard service has been completed,

that her sin has been paid for,

that she has received from The LORD'S Hand

double for all her sins. 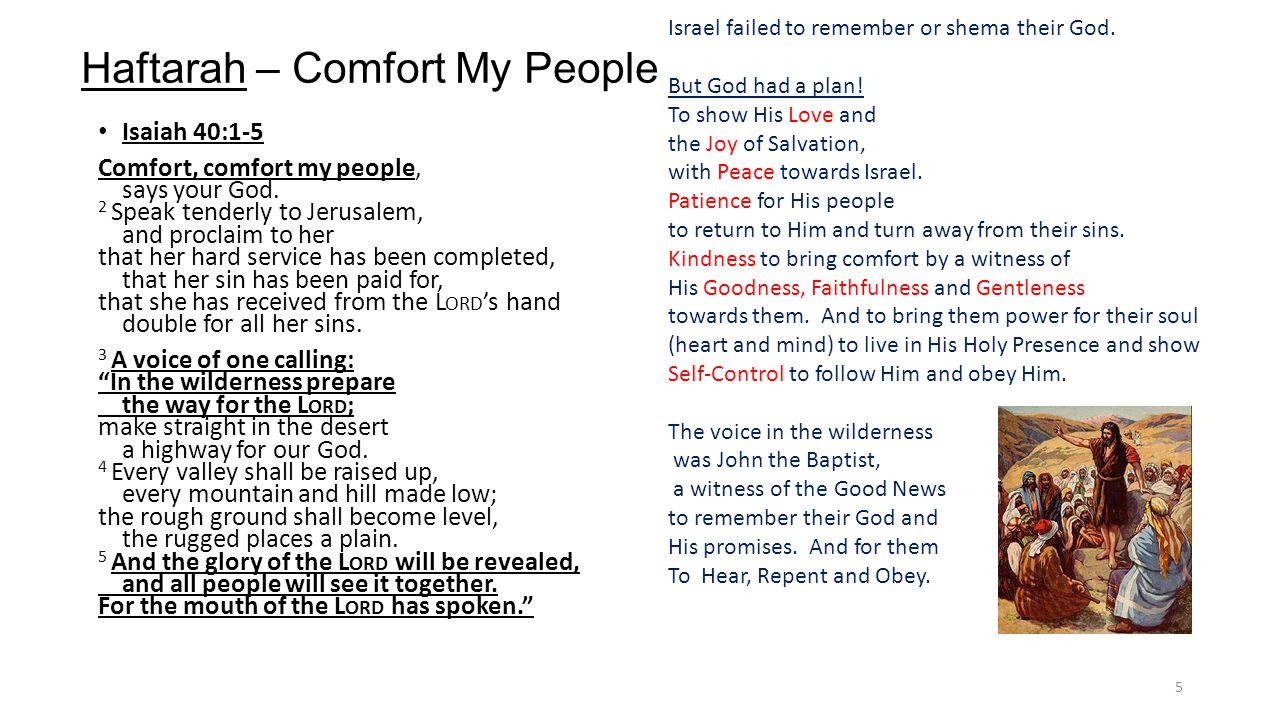 3A voice of one calling:
“In the wilderness prepare
The Way for The LORDa ;
make straight in the desert
a highway for our GOD.b 4Every valley shall be raised up,
every mountain and hill made low;
the rough ground shall become level,
the rugged places a plain.
5And The Glory of The LORD Will Be Revealed,
and all people will see it together.
For the Mouth of The LORD Has Spoken.” 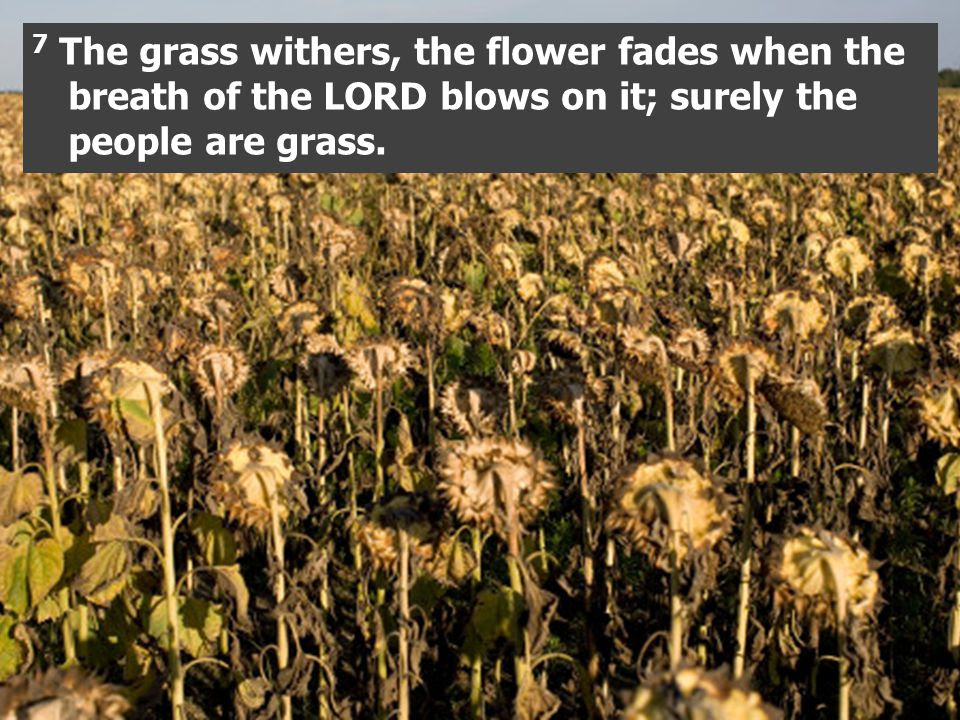 but The WORD of our GOD Endures Forever.” 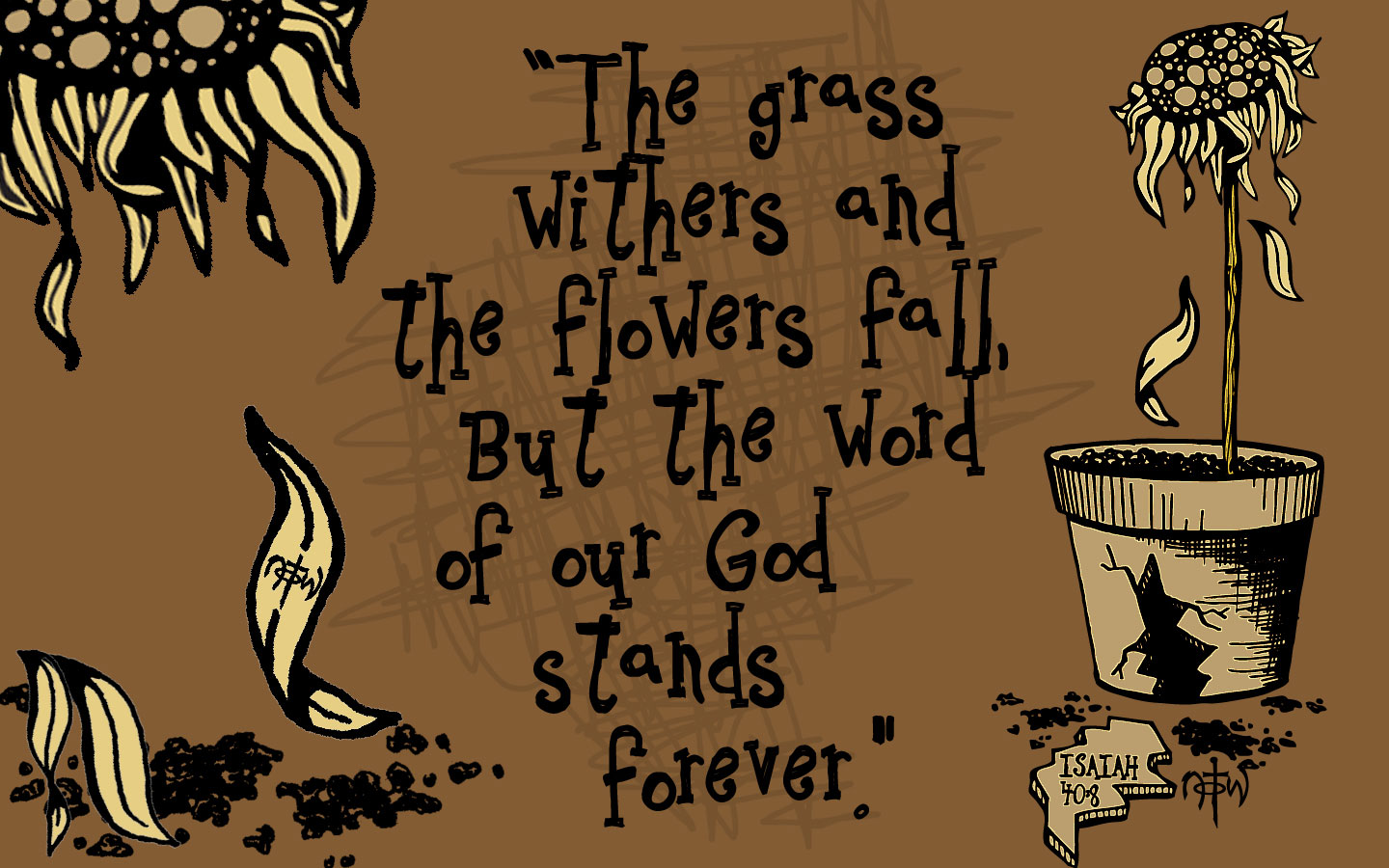 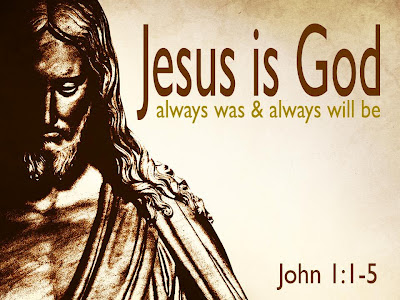 10See, The SOVEREIGN LORD Comes With Power,
and HE Rules with a Mighty Arm.
See, HIS Reward Is With HIM,
and HIS Recompense Accompanies HIM.
11HE Tends HIS flock like a Shepherd:
HE Gathers the lambs in HIS Arms
and Carries them close to HIS Heart;
HE Gently Leads those that have young. 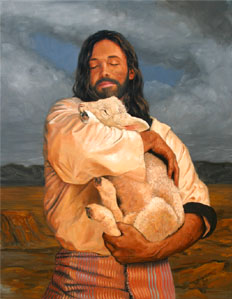 12Who Has Measured the waters in the hollow of HIS Hand,
or with the Breadth of HIS Hand marked off the heavens?
Who Has Held the dust of the earth in a basket,
or Weighed the mountains on the scales
and the hills in a balance?

13Who can fathom The SPIRIT of The LORD,
or instruct The LORD as HIS counselor?
14Whom Did The LORD Consult To Enlighten HIM,
and who taught HIM the right way?
Who was it that taught HIM Knowledge,
or showed HIM the path of understanding?

18With whom, then, will you compare GOD?
To what image will you liken HIM?
19As for an idol, a metalworker casts it,
and a goldsmith overlays it with gold
and fashions silver chains for it.
20A person too poor to present such an offering
selects wood that will not rot;
they look for a skilled worker
to set up an idol that will not topple.

21Do you not know?
Have you not heard?
Has it not been told you from the beginning?
Have you not understood since the earth was founded?
22HE Sits Enthroned above the circle of the earth,
and its people are like grasshoppers.
HE Stretches Out the heavens like a canopy,
and Spreads them Out like a tent to live in.
23HE Brings princes to naught
and reduces the rulers of this world to nothing.
24No sooner are they planted,
no sooner are they sown,
no sooner do they take root in the ground,
than HE Blows On them and they wither,
and a whirlwind sweeps them away like chaff.

25“To whom will you compare ME?
Or who is My Equal?” says The Holy ONE.
26Lift up your eyes and look to the heavens:
Who created all these?
HE WHO Brings Out the starry host one by one
and Calls Forth each of them by name.
Because of HIS Great Power and Mighty Strength,
not one of them is missing.
27Why do you complain, Jacob?
Why do you say, Israel,
“My way is hidden from The LORD;
my cause is disregarded by my GOD”?

28Do you not know?
Have you not heard?
The LORD Is The Everlasting GOD,
The Creator of the ends of the earth.
HE Will Not Grow Tired or Weary,
and HIS Understanding no one can fathom.
29HE Gives strength to the weary
and Increases the power of the weak. 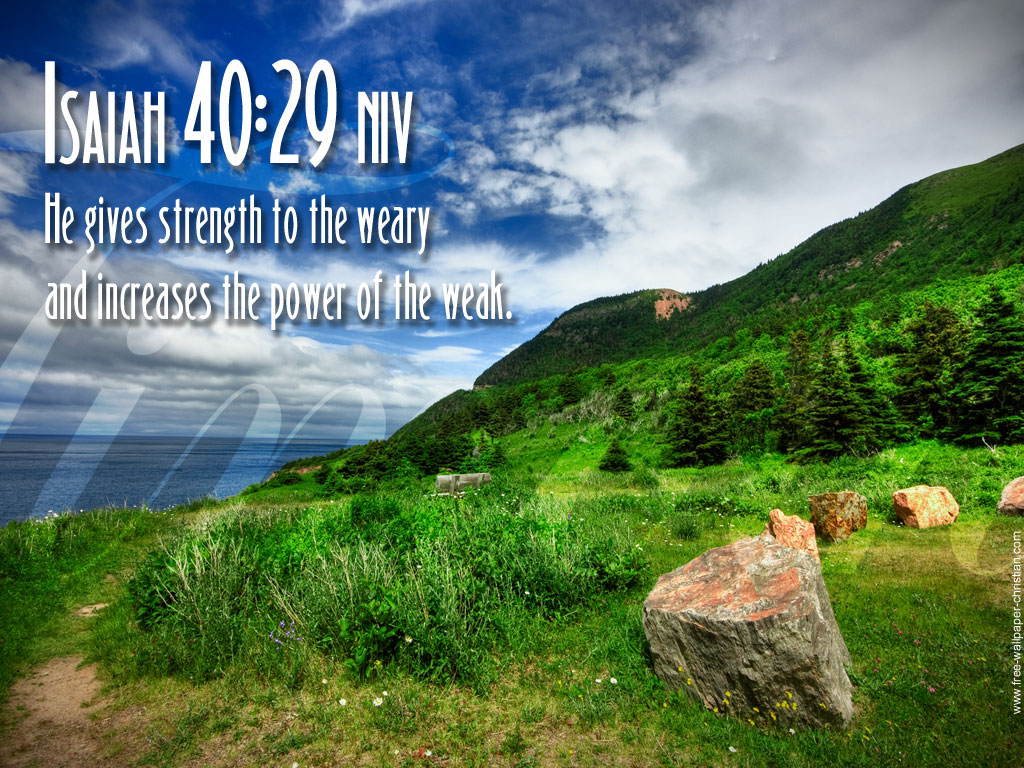 30Even youths grow tired and weary,
and young men stumble and fall;
31but those who hope in The LORD
will renew their strength.
They will soar on wings like eagles;

they will run and not grow weary,
they will walk and not be faint.


At this chapter begins the latter part of the prophecy of this book, which is not only divided from the former by the historical chapters, but seems to be distinguished from it in the scope and style of it.

In the former part(chapters 1-39), the name of the prophet was frequently prefixed to the particular sermons, besides the general title (as 2:1; 7:3; 13:1) and consisted of many burdens, many woes; but this is all one continued discourse, and the prophet not so much as once named and consists of many blessings.  There the distress which the people of GOD were in by the Assyrian, and their deliverance out of that, were chiefly prophesied of; but that is here spoken of as a thing past (52:4); and the captivity in Babylon, and their deliverance out of that, which were much greater events, of more extensive and abiding concern, are here largely foretold.

Before GOD Sent HIS people into captivity HE Furnished them with precious promises for their support and comfort in their trouble; and we may well imagine of what great use to them the glorious, gracious, light of this prophecy was, in that cloudy and dark day, and how much it helped to dry up their tears by the rivers of Babylon.


But it looks further and to greater things; much of CHRIST and Gospel Grace we meet with in the foregoing part of this book, but in this latter part we shall find much more; and, as if it were designed for a prophetic summary of the New Testament.