JEHOVAH Declares the Judgment on Jerusalem and Judah


Judgment on Jerusalem and Judah

1See now, The LORD,
The LORD ALMIGHTY,
Is About To Take from Jerusalem and Judah
both supply and support:
all supplies of food and all supplies of water, 2the hero and the warrior,
the judge and the prophet,
the diviner and the elder,
3the captain of fifty and the man of rank,
the counselor, skilled craftsman and clever enchanter.

4“I will make mere youths their officials;
children will rule over them.”
5People will oppress each other—
man against man, neighbor against neighbor.
The young will rise up against the old,
the nobody against the honored.

6A man will seize one of his brothers
in his father’s house, and say,
“You have a cloak, you be our leader;
take charge of this heap of ruins!”

7But in that day he will cry out,
“I have no remedy.
I have no food or clothing in my house;
do not make me the leader of the people.”

8Jerusalem staggers,
Judah is falling;
their words and deeds are against The LORD,
defying HIS Glorious Presence.

9The look on their faces testifies against them;
they parade their sin like Sodom;
they do not hide it.
Woe to them!
They have brought disaster upon themselves.

10Tell the righteous it will be well with them,
for they will enjoy the fruit of their deeds. 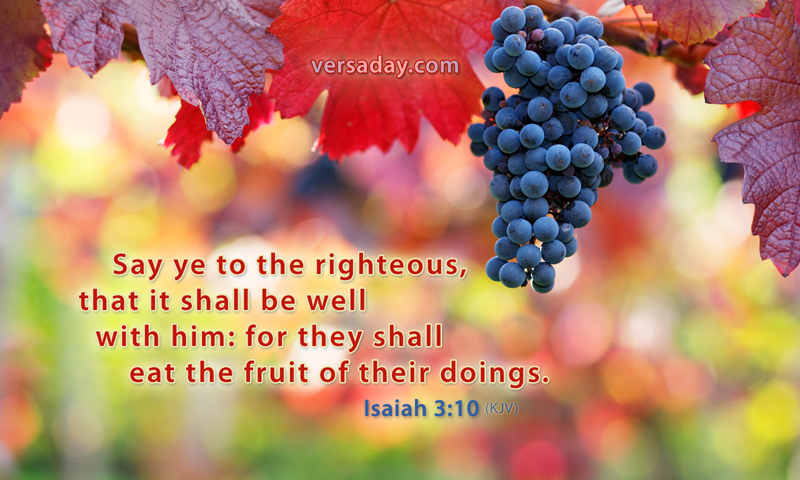 11Woe to the wicked!
Disaster is upon them!
They will be paid back
for what their hands have done.

12Youths oppress my people,
women rule over them.
My people, your guides lead you astray;
they turn you from the path.

13The LORD Takes HIS Place in court;
HE Rises To Judge the people.

14The LORD Enters into judgment
against the elders and leaders of HIS people:
“It is you who have ruined My Vineyard;
the plunder from the poor is in your houses.

15What do you mean by crushing My people
and grinding the faces of the poor?”


Declares The LORD, The LORD ALMIGHTY.

16The LORD Says,
“The women of Zion are haughty,
walking along with outstretched necks,
flirting with their eyes,
strutting along with swaying hips,
with ornaments jingling on their ankles. 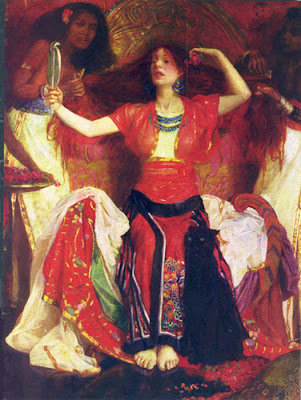 17Therefore The LORD Will Bring sores on the heads of the women of Zion;
The LORD Will Make their scalps bald.”

18In that day The LORD Will Snatch Away their finery: the bangles and headbands and crescent necklaces,


19the earrings and bracelets and veils, 20the headdresses and anklets and sashes, the perfume bottles and charms, 21the signet rings and nose rings,


22the fine robes and the capes and cloaks, the purses 23and mirrors, and the linen garments and tiaras and shawls.

25Your men will fall by the sword,
your warriors in battle.
26The gates of Zion will lament and mourn;
destitute, she will sit on the ground.

In Isaiah 3, the description of the punishment of the nation is continued Isaiah 3:1-15, intermingled with the account of their sins.

There would be oppression, and a violation of, and disregard of all the proper laws of social life Isaiah 3:5.

There would be a state of anarchy and calamity, so that no one would be willing to be a leader, or undertake to remove the difficulties of the nation, or hold an office of trust Isaiah 3:6-7.

Jerusalem would be ruined Isaiah 3:8.

The cause of this was pride and hypocrisy Isaiah 3:8-9.

The prophet states the principles of the Divine Administration - that it should be well with the righteous, but ill with the wicked Isaiah 3:12-15.

The rulers of the nation were corrupt and oppressive Isaiah 3:12-15.

The chapter closes Isaiah 3:16-26 with a graphic description of the gaiety, pride, and folly of the female part of the Jewish community, and with the assurance that they would be involved in the calamities which were coming upon the nation.