JESUS IS Both PRIEST And KING


1I looked up again, and there before me were four chariots coming out from between two mountains—mountains of bronze. 2The first chariot had red horses, the second black, 3the third white, and the fourth dappled—all of them powerful. 4I asked the angel who was speaking to me, “What are these, my lord?”

5The angel answered me,


“These are the four spirits of heaven, going out from

standing in the Presence of The LORD of the whole 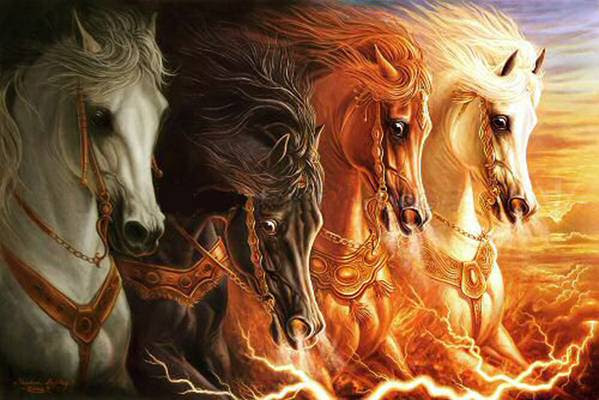 7When the powerful horses went out, they were straining to go throughout the earth. And he said,

8Then he called to me,


“Look, those going toward the north country have given MY SPIRIT rest in the land of the north.”


A Crown for Joshua

9The WORD of The LORD Came to me:


10“Take silver and gold from the exiles Heldai, Tobijah and Jedaiah, who have arrived from Babylon. Go the same day to the house of Josiah son of Zephaniah.


11Take the silver and gold and make a crown, and set it on the head of the high priest, Joshua son of Jozadak.d

12Tell him This Is What The LORD ALMIGHTY Says:

‘Here Is The Man WHOSE Name Is The Branch, and HE Will Branch Out from HIS place and Build The Temple of The LORD. 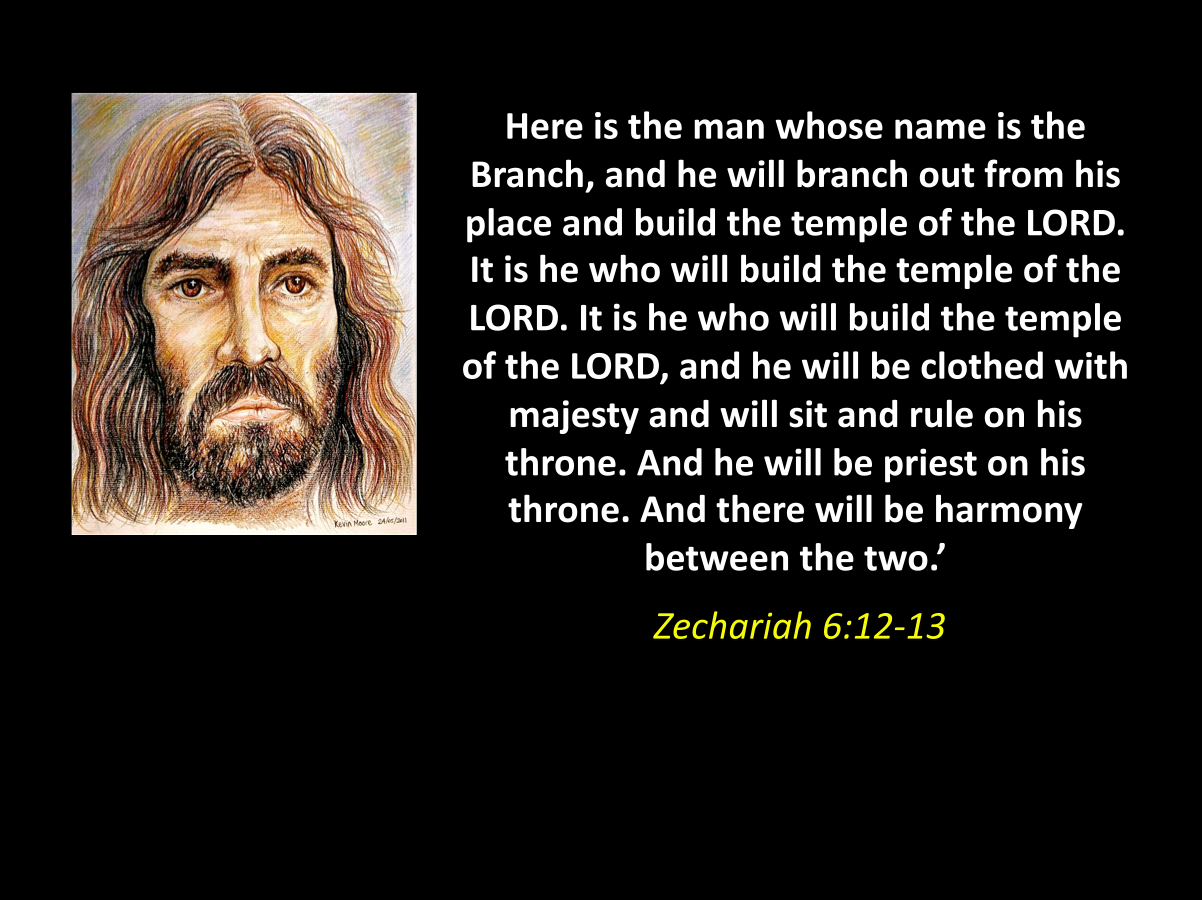 14The crown will be given to Heldai,f Tobijah, Jedaiah and Heng son of Zephaniah as a memorial in The Temple of The LORD. 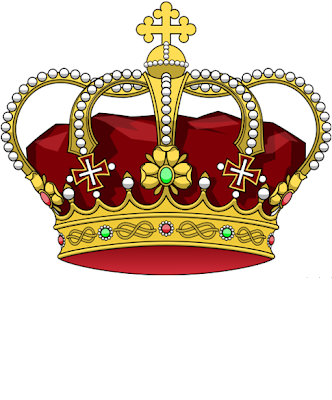 15Those who are far away will come and help to build The Temple of The LORD, and you will know that The LORD ALMIGHTY Has Sent ME to you. This will happen if you diligently obey The LORD your GOD.” 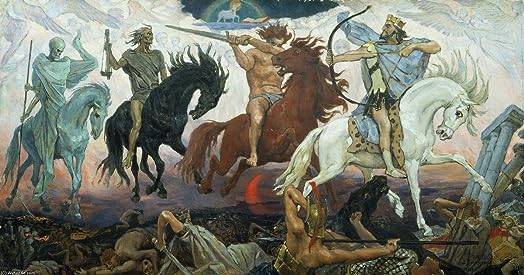 This vision may represent the ways of Providence in the government of this lower world. Whatever the Providences of GOD about us are, as to public or private affairs, we should see them all as coming from between the mountains of brass, the immoveable Counsels and Decrees of GOD.

HIS Providences Move swiftly and strongly as chariots, but all are directed and governed by HIS Infinite Wisdom and SOVEREIGN Will.

The red horses signify war and bloodshed. The black, signify the dismal consequences of war, famines, pestilences, and desolations. The white, signify the return of comfort, peace, and prosperity. The mixed color, signify events of different complexions, a day of prosperity and a day of adversity.

The angels go forth as messengers of GOD'S Counsels, and ministers of HIS Justice and Mercy. And the secret motions and impulses upon the spirits of men, by which the designs of Providence are carried on, are these four spirits of the heavens, which go forth from GOD, and fulfill what The GOD of the spirits of all flesh appoints. All the events which take place in the world spring from the unchangeable Counsels of The LORD, which are formed in HIS Unerring Wisdom, Perfect Justice, Truth, and Goodness. 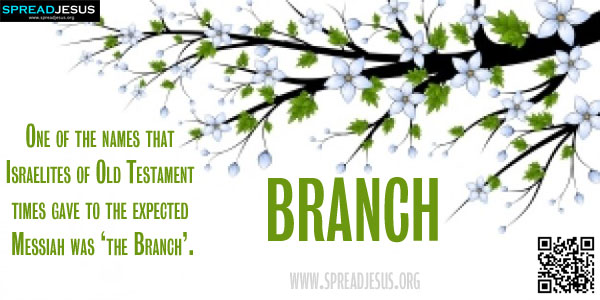 The prophet is taught to explain his own symbolic act. "Behold The MAN WHOSE Name Is The Branch". "Not for himself, but for CHRIST, WHOSE name Joshua bare, and whose Priesthood and Princedom he represented," was the crown given HIM. The prophet had already foretold The MESSIAH, under The Name of The Branch. Here he adds;

And HE Shall Grow Up out of HIS Place - Lowly and of no seeming account, as GOD foretold by Jeremiah,


"I Will Cause The Branch of Righteousness To Grow Up to David" Jeremiah 33:15;


and JESUS HIMSELF Said, "Except a grain of wheat fall into the earth and die, it abides alone; but if it dies, it brings forth much fruit" John 12:24.

Alone HE Grew Up Before GOD, as a tender plant Isaiah 53:2, unknown of man, known to GOD. It is that still, Divine Life at Nazareth, of which we see only that one bright flash in The Temple, the deep saying, not understood even by Joseph and Mary, and then, "HE Went Down with them and Came to Nazareth and was subject to them" (see Luke 2:49-51).

And HE Shall Build the Temple of The LORD - The material Temple was soon to be finished, and that by Zerubbabel, to whom this had been promised, Zechariah 4:10, not by Joshua. It was then a New Temple, to be built from the foundation, of which HE HIMSELF Was to be "the foundation" Isaiah 28:16; 1 Corinthians 3:11;Ephesians 2:20-21, As HE Said,

HIM "all the building, fitly framed together, grows to an Holy

For "The MOST HIGH" Acts 7:48-49, Stephen says, "Dwells Not in temples made with hands, as says the prophet; Heaven is MY Throne and earth is MY Footstool; what house will you build ME, Says The LORD?"

For if they could have built a House for GOD, HE Would Not Have Allowed HIS House to be burned and overthrown. What then Is The House of GOD which CHRIST Built? The Church which was founded on faith in HIM, dedicated by HIS Blood, wherein The LORD Ever Dwells.

But The MESSIAH, it was foretold, was to be both PRIEST and KING; "a priest after the order of Melchizedec " Psalm 110:4, and a king, set by The LORD "upon HIS Holy Hill of Zion" Psalm 2:6. The act of placing the crown on the head of Joshua the high priest, pictured not only the union of the offices of Priest and King in the Person of CHRIST, but that HE Should Be King, being first our High Priest. Joshua was already high priest; being such, the kingly crown was added to him.

It says in act, what Paul says,


"CHRIST JESUS, Being Found in fashion

as a man, Humbled HIMSELF and Became obedient to death,

even the Death of the Cross. Therefore GOD Also Has Highly