JESUS Is IMMANUEL(GOD With Us)


The Birth Of JESUS The MESSIAH, IMMANUEL


18This is how The Birth of JESUS The MESSIAH Came About : HIS mother Mary was pledged to be married to Joseph, but before they came together, she was found to be pregnant Through The HOLY SPIRIT.

19Because Joseph her husband was faithful to the Law, and yet did not want to expose her to public disgrace, he had in mind to divorce her quietly.

20But after he had considered this, an angel of The LORD appeared to him in a dream and said, “Joseph son of David, do not be afraid to take Mary home as your wife, because what is conceived in her is From The HOLY SPIRIT. 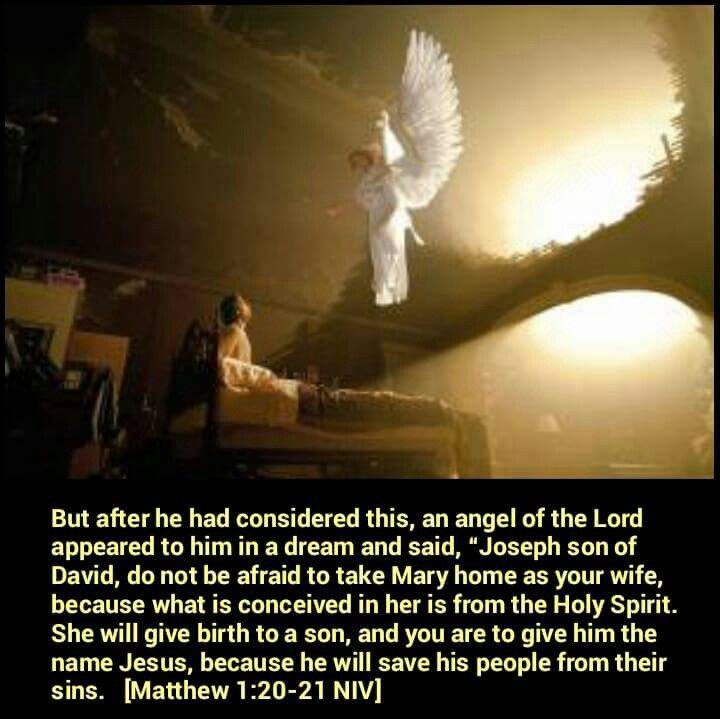 21 She will give birth to a SON, and you

are to give HIM The Name

JESUS, Because HE Will Save HIS

people from their sins.” 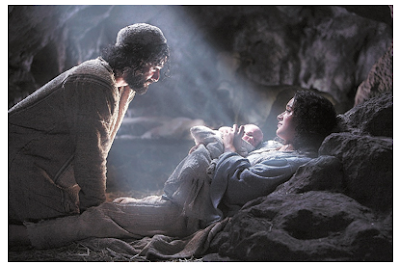 22All this took place to fulfill What The LORD Had Said

23 “The virgin will conceive and give birth

to a Son, and they will call HIM

IMMANUEL” (which means “GOD With

24When Joseph woke up, he did what the angel of The LORD had commanded him and took Mary home as his wife.


25But he did not consummate their marriage until she gave birth to a son.


And he gave HIM The Name JESUS.

Espoused to Joseph - The word μνηστευθεισης(mnesteutheises), from μνηστευω(mnesteuo), to contract, or betroth, refers to the previous marriage agreement, in which the parties mutually bound themselves to each other; without which, no woman was ever married among the Jews.

Before they came together - The woman was espoused at her own, or her father's house; and, generally, some time elapsed before she was taken home to the house of her husband: Deuteronomy 20:7; Judges 14:7, Judges 14:8.

Among the Jews, the espousal, though the marriage had not been consummated, was considered as perfectly legal and binding on both sides; and hence a breach of this contract was considered as a case of adultery, and punished exactly in the same way. See Deuteronomy 22:25, Deuteronomy 22:28. Nor could a contract of this kind, though there was no cohabitation, be broken but by a regular divorce.

She was found with child - Her situation was the most distressing and humiliating that can be thought. Nothing but the fullest consciousness of her own integrity, and the strongest confidence in GOD, could have supported her in such trying circumstances, where her reputation, her honor, and her life were at stake.

What conversation exchanged between Mary and Joseph, we are not informed; but the issue proves that it was not satisfactory to him: nor could he consider her as his wife, till GOD had sent HIS angel to bear the most unequivocal testimony to the virgin's innocence.

His whole conduct, on this occasion, was exceedingly benevolent and humane. He might at once have taken the advantage of the Law, Deuteronomy 22:23, Deuteronomy 22:24, and had her stoned to death.


Joseph was told that Mary should bring forth The SAVIOR of the world. He was to call HIS Name JESUS, a SAVIOR. JESUS is the same name with Joshua. And the reason of that name is clear, for those whom CHRIST Saves, HE Saves from their sins; from the guilt of sin by the merit of HIS Death, and from the power of sin by The SPIRIT of HIS Grace.

In saving them from sin, HE Saves them from wrath and the curse, and all misery, here and hereafter. CHRIST Came To Save HIS people, not in their sins, but from their sins; and so to Redeem them from among men, to HIMSELF, WHO Is Separate from sinners.

Joseph did as the angel of The LORD had told him, speedily, without delay, and cheerfully, without dispute.