JESUS Says, "I AM Coming And I Will Live Among You"


A Man With a Measuring Line


1Then I looked up, and there before me was a Man with a measuring line in HIS Hand.


“To measure Jerusalem, to find out how wide and how long it is.”

3While the angel who was speaking to me was leaving, Another ANGEL Came to meet him

“Run, tell that young man, ‘Jerusalem will be a city

without walls because of the great number of people

and animals in it.


5 And I MYSELF Will be a wall of fire


‘and I Will Be Its Glory within.’


“For I Have Scattered you to the four winds of heaven,”

Escape, you who live in Daughter Babylon!”


8 For This Is What The LORD ALMIGHTY Says:

“After The Glorious ONE Has Sent ME Against the

nations that have plundered you—for whoever

touches you touches The Apple of HIS Eye— 9 I Will

Surely Raise MY Hand Against them so that their

slaves will plunder them. Then you will know that

The LORD ALMIGHTY Has Sent ME.

Coming, and I Will Live Among you,” 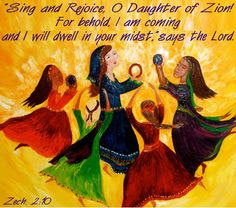 
11 “Many nations will be joined with The LORD in that

day and will become MY people.

I Will Live among you and you will know that

The LORD ALMIGHTY Has Sent ME to


12 The LORD Will Inherit Judah as HIS Portion in the 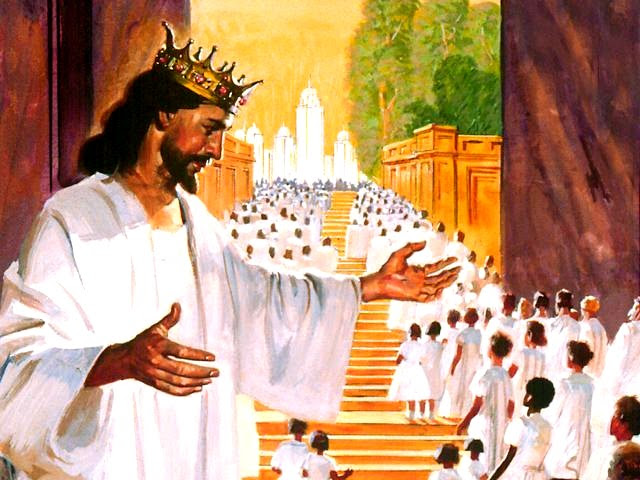 13 Be still Before The LORD, all mankind,

because HE Has Roused HIMSELF from A Man with a measuring line in HIS Hand -  The ANGEL of The LORD, of Whom Ezekiel has a like vision. "He who before, when he lift up his eyes, had seen in the four horns things mournful, now again lifts up his eyes to see a Man, of whom it is written, "Behold a Man WHOSE Name Is The Branch" Zechariah 6:12; of whom we read above, "Behold a Man riding upon a red horse, and HE stood among the myrtle trees, which were in the bottom" Zechariah 1:8.

Of WHOM too The FATHER Says, “HE Built MY City, whose Builder and Maker Is GOD" Hebrews 11:10. HE Too Is Seen by Ezekiel in a description like this, "a Man whose appearance was like the appearance of brass" Ezekiel 40:3, that is, "burnished and shining as fire, with a line of flax in HIS Hand and a measuring reed."

The office also seems to be one of authority, not to measure the actual length and breadth of Jerusalem, but to lay down what it should be "to mark it out broad and very long."

A Man with a measuring line in HIS Hand, by WHOM is meant, not Nehemiah, nor Zerubbabel; see Zechariah 4:10 who were concerned in the building of Jerusalem; nor any mere man, nor even a created angel; for, though HE May Be the same with the other angel, who did not talk with the prophet, Zechariah 2:3, Seeing HE Seems to be superior to him that did; yet not a ministering spirit, but The MESSIAH, WHO in this book is often spoken of as a man.

See Zechariah 1:8 and by "the measuring line in HIS Hand" may be meant eternal predestination, The LAMB'S Book of Life, which is in HIS Keeping; and is the measure and rule by which HE Proceeds in the calling, justification, and glorification of the firstborn, whose names are written in heaven; or the Scriptures of Truth, the measure and rule of doctrine, discipline, worship, and conversation; and according to which CHRIST Forms, Constitutes, and Regulates Gospel churches; see Ezekiel 40:3.

2:1-5 The SON of David, even The Man CHRIST JESUS, WHOM the prophet sees with a measuring line in HIS Hand, is the Master-Builder of HIS church. GOD Notices the extent of HIS church, and Will Take Care that whatever number of guests are brought to the wedding-supper, there shall be room. This vision means well to Jerusalem. The walls of a city, as they defend it, so they straiten its inhabitants; but Jerusalem shall be extended as freely as if it had no walls at all, yet shall be as safe as if it had the strongest walls.

In the church of GOD there yet is room for other multitudes, more than man can number. None shall be refused who trust in CHRIST; and HE Never Shuts Out from heaven one true member of the church on earth. GOD Will Be a Wall of fire round them, which can neither be broken through nor undermined, nor can it be assailed without danger to those who attack. This vision was to have its full accomplishment in the Gospel church, which is extended by admitting the Gentiles into it; and which has The SON of GOD for its Prince and Protector; especially in the glorious times yet to come.

2:6-9 If GOD Will Build Jerusalem for the people and their comfort; they must inhabit it for HIM and HIS Glory. The promises and privileges with which GOD'S people are blessed, should engage us to join them, whatever it costs us. When Zion is enlarged to make room for all GOD'S Israel, it is the greatest madness for any of them to stay in Babylon. The captivity of a sinful state is by no means to be continued in, though a man may be easy in worldly matters.

Escape for thy life, look not behind you! CHRIST Has Proclaimed that deliverance to the captives, which HE Has HIMSELF Wrought Out, and it concerns everyone to resolve that sin shall not have dominion over him. Those who would be found among GOD'S children, must save themselves from this world, see Acts 2:40.

What CHRIST Will Do for HIS church, shall be an evident proof of GOD'S Care and Affection. HE that touches you touches The Apple of HIS Eye. This is a strong expression of GOD'S Love to HIS church. HE Takes what is done against her as done against the tenderest part of HIS Eye, to which the least touch is a great offence. CHRIST Is Sent To Be the Protector of HIS church.

2:10-13 Here is a prediction of the Coming of CHRIST in human nature. Many nations in that day would renounce idolatry, and GOD Will Own those for HIS people who join HIM with purpose of heart. Glorious times are foretold as a prophecy of our LORD'S Coming and KINGDOM. GOD Is About To Do something unexpected, and very surprising, and to Plead HIS people's cause, which had long seemed neglected. Silently submit to HIS Holy Will, and patiently wait the event; assured that GOD Will Complete all HIS Work. HE Will before long Come To Judge, to Complete the salvation of HIS people, and to Punish the inhabitants of the earth for their sins.