1The Pharisees and Sadducees came to JESUS and tested HIM by asking HIM to show them a sign from heaven.


JESUS then Left them and Went away.


The Yeast of the Pharisees and Sadducees


5When they went across the lake, the disciples forgot to take bread.


JESUS Said to them.

“Be on your guard against the yeast of the Pharisees

7They discussed this among themselves and said, “It is because we didn’t bring any bread.”

8Aware of their discussion,


“You of little faith, why are you talking among yourselves about having no bread? 9Do you still not understand? Don’t you remember the five loaves for the five thousand, and how many basketfuls you gathered? 10Or the seven loaves for the four thousand, and how many basketfuls you gathered? 11How is it you don’t understand that I was not talking to you about bread? But be on your guard against the yeast of the Pharisees and Sadducees.”


12 Then they understood that HE Was Not Telling them to guard against the yeast used in bread, but against the teaching of the Pharisees and Sadducees.


Peter Declares That JESUS Is The MESSIAH

13When JESUS Came to the region of Caesarea Philippi, HE Asked HIS disciples,

“Who do people say The SON of Man

14They replied, “Some say John the Baptist; others say Elijah; and still others, Jeremiah or one of the prophets.”

“You Are The MESSIAH, The SON of The LIVING GOD.”

“Blessed are you, Simon son of Jonah, for this was not revealed to you by flesh and blood, but By MY FATHER in Heaven. 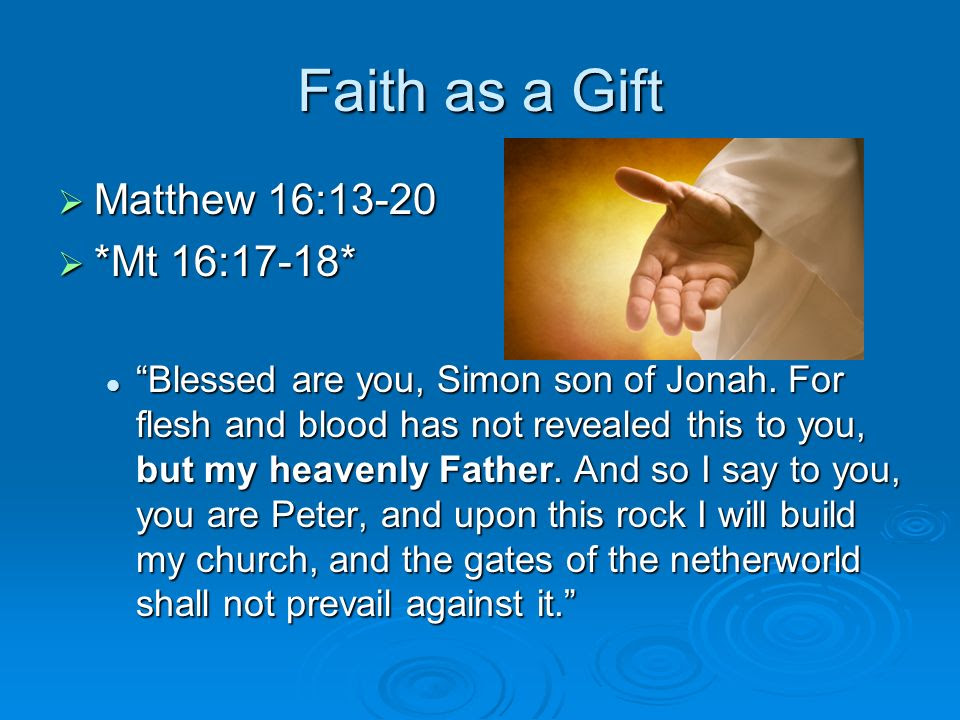 18And I tell you that you are Peter, and on this ROCK I Will Build MY Church, and the gates of Hades will not overcome it. 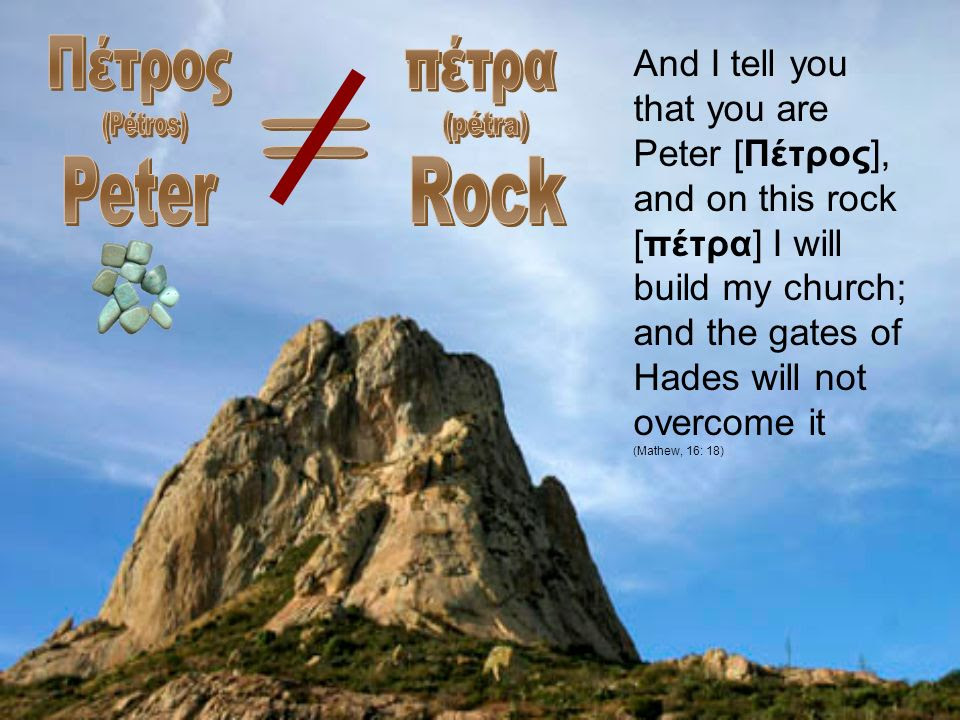 19I Will Give you the Keys of The KINGDOM of Heaven;

20 Then HE Ordered HIS disciples not to tell anyone that HE Was The MESSIAH.

21From that time on JESUS Began To Explain to HIS disciples that HE Must Go To Jerusalem and Suffer many things at the hands of the elders, the chief priests and the teachers of the Law, and that HE Must Be Killed and on the third day Be Raised To life.

22Peter took HIM aside and began to rebuke HIM.

23JESUS Turned and Said to Peter,

“Get behind ME, satan! You are a stumbling block to ME; you do not have in mind the concerns of GOD, but merely human concerns.”

24Then JESUS Said to HIS disciples,


“Whoever wants to be MY disciple must deny

themselves and take up their cross and follow ME. 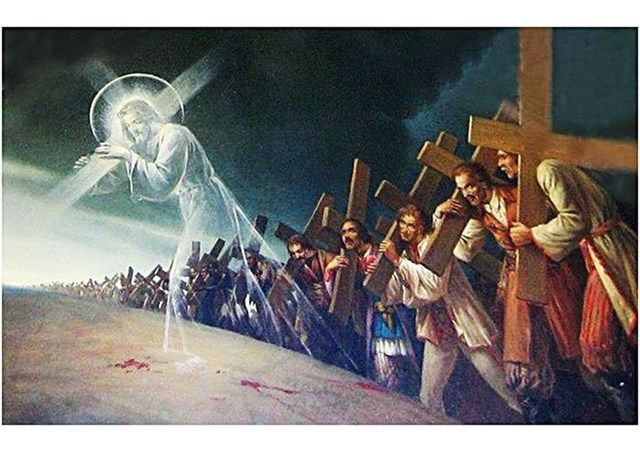 25For whoever wants to save their life will lose it, but
whoever loses their life for ME will find it.

26What good will it be for someone to gain the whole
world, yet forfeit their soul? Or what can anyone give in exchange for their soul? 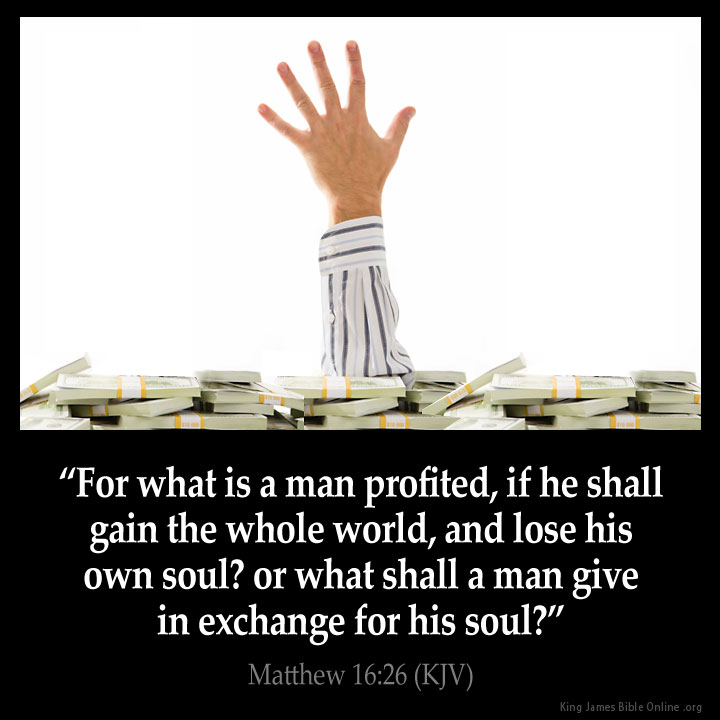 27For The SON of Man Is Going To Come In HIS

FATHER’S Glory with HIS angels, and then HE Will

Reward each person according to what they have 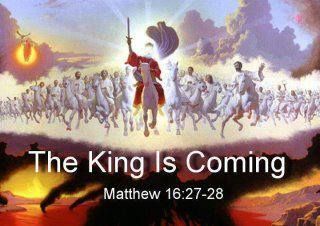 28 “Truly I Tell you, some who are standing here will not taste death before they see The SON of Man Coming In HIS KINGDOM.” 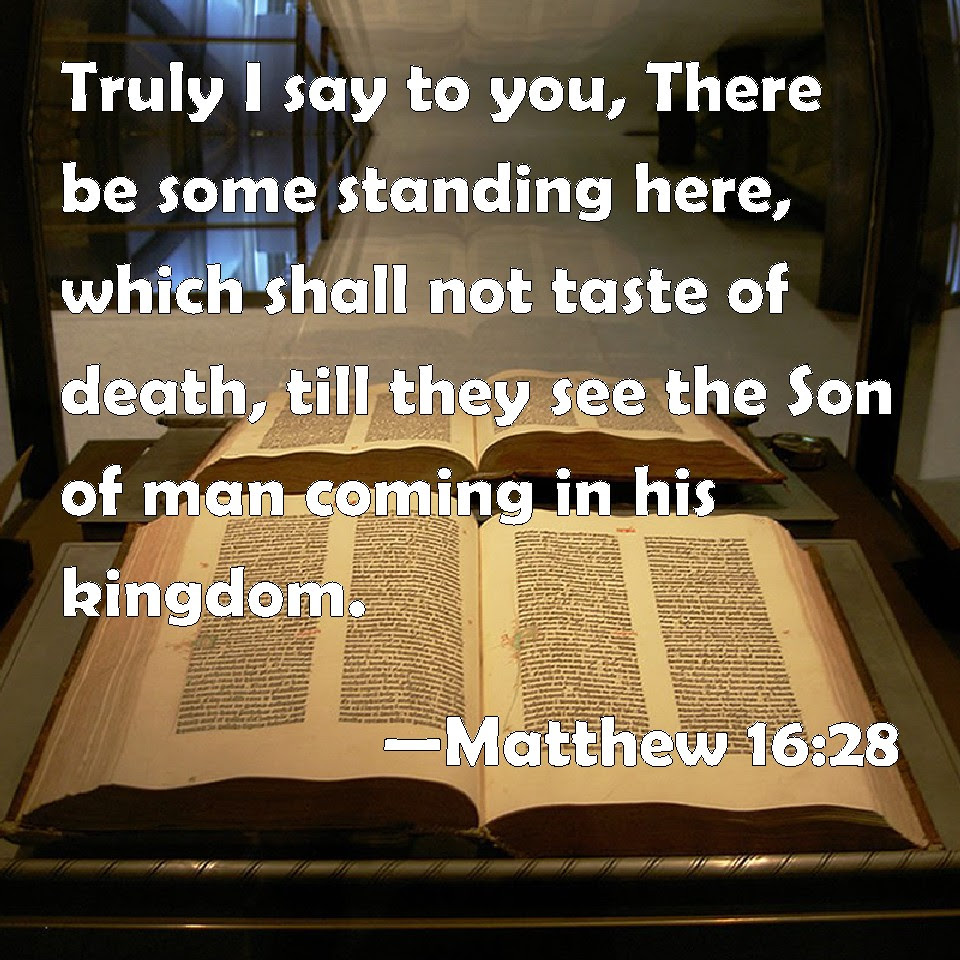 For The SON of Man Will Come.

That the doctrine which has just been laid down may more deeply affect our minds, CHRIST Places before our eyes the future Judgment; for if we would perceive the worthlessness of this fading life, we must be deeply affected by the view of the Heavenly life. So tardy and sluggish is our mind, that it needs to be aided by looking towards Heaven.

CHRIST Summons believers to HIS Judgment-Seat, to lead them to reflect at all times that they lived for no other object than to long after that blessed redemption, which will be revealed at the proper time.

The admonition is intended to inform us, that they do not strive in vain who set a higher value on the confession of faith than on their own life. "Place your lives fearlessly," Says HE, "in MY Hand, and under MY Protection; for I Will at length Appear as your Avenger, and Will fully Restore you, though for the time you may seem to have perished."

In The Glory of The FATHER, with HIS angels.

These are mentioned to guard HIS disciples against judging of HIS KINGDOM from present appearances; for hitherto he was unknown and despised, being concealed under the form and condition of a servant. HE Assures them that it will be far otherwise when HE Shall Appear as the Judge of the world. As to the remaining part of the passage in Mark and Luke, the reader will find it explained under the tenth chapter of Matthew.

And then HE Will Render to every one according to his actions. It amounts to this: When a reward is promised to good works, their merit is not contrasted with the justification which is freely bestowed on us through faith; nor is it pointed out as the cause of our salvation, but is only held out to excite believers to aim at doing what is right, by assuring them that their labor will not be lost. There is a perfect agreement, therefore, between these two statements, that we are justified freely, (Romans 3:24,) because we are received into GOD'S Favor without any merit; and yet that GOD, of HIS OWN Good Pleasure, Bestows on our works a reward which we did not deserve.

Coming In HIS KINGDOM.

By the Coming of The KINGDOM of GOD we are to understand the manifestation of Heavenly Glory, which CHRIST Began To Make at HIS Resurrection, and which HE afterwards Made more fully by sending The HOLY SPIRIT, and by the performance of miracles; for by those beginnings HE Gave HIS people a taste of the newness of the heavenly life, when they perceived, by certain and undoubted proofs, that HE Was Sitting at the Right Hand of The FATHER.