Bringing Back The Ark Of JEHOVAH

Bringing Back the Ark 1David conferred with each of his officers, the commanders of thousands and commanders of hundreds.2He then said to the whole assembly of Israel, “If it seems good to you and if it is The Will of The LORD our GOD, let us send word far and wide to the rest of our people throughout the territories of Israel, and also to the priests and Levites who are with them in their towns and pasturelands, to come and join us. 3Let us bring the Ark of our GOD back to us, for we did not inquire ofa itb during the reign of Saul.” 4The whole assembly agreed to do this, because it seemed right to all the people.

5So David assembled all Israel, from the Shihor River in Egypt to Lebo Hamath, to bring the Ark of GOD from Kiriath Jearim. 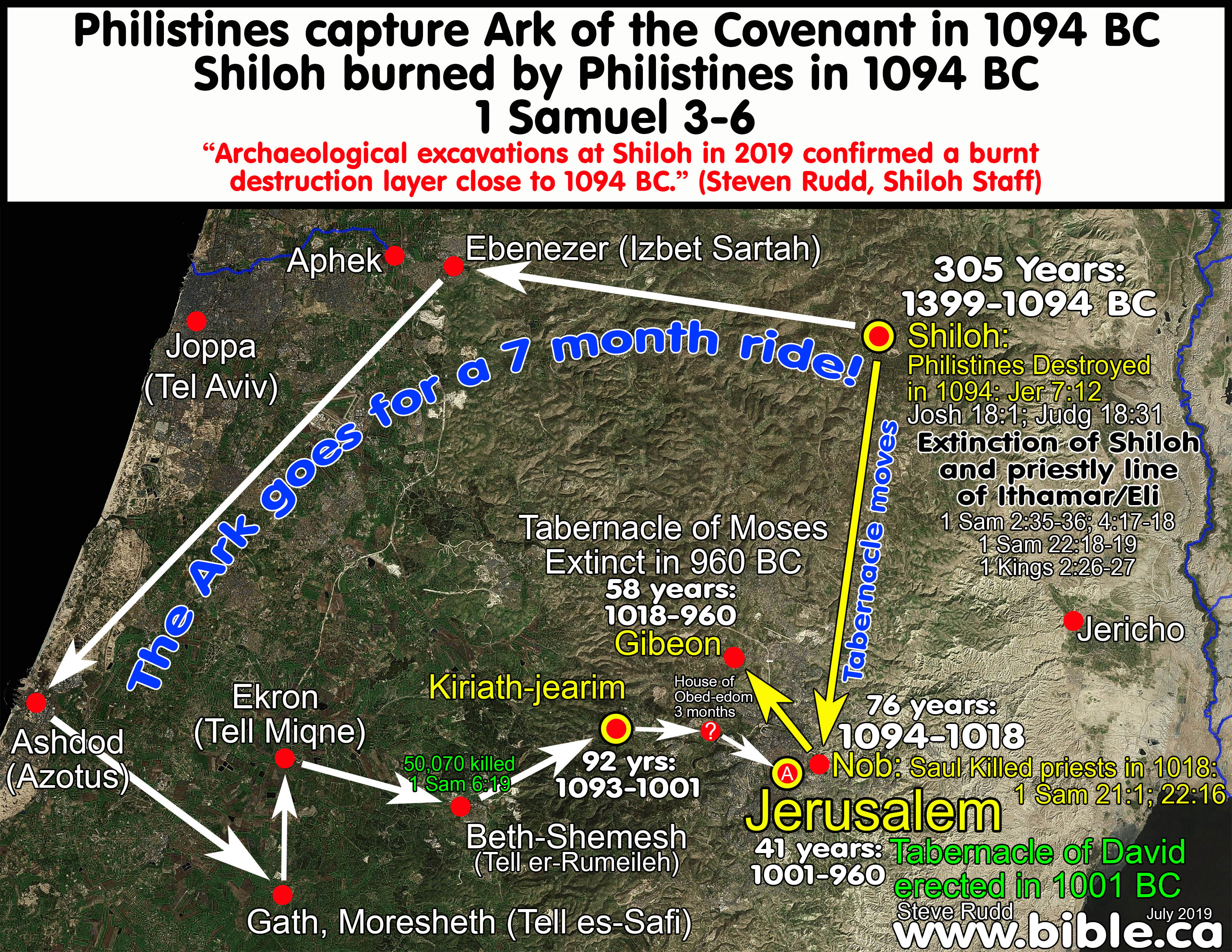 6David and all Israel went to Baalah of Judah (Kiriath Jearim) to bring up from there the Ark of GOD The LORD, WHO Is Enthroned between the cherubim—the Ark that is called by The Name.

7They moved the Ark of GOD from Abinadab’s house on a new cart, with Uzzah and Ahio guiding it.8David and all the Israelites were celebrating with all their might before GOD, with songs and with harps, lyres, timbrels, cymbals and trumpets.

9When they came to the threshing floor of Kidon, Uzzah reached out his hand to steady the Ark, because the oxen stumbled. 10The LORD'S Anger Burned Against Uzzah, and HE Struck him Down because he had put his hand on the Ark. So he died there Before GOD.

11Then David was angry because The LORD'S Wrath Had Broken Out against Uzzah, and to this day that place is called Perez Uzzah.c

12David was afraid of GOD that day and asked, “How can I ever bring the Ark of GOD to me?” 13He did not take the Ark to be with him in the City of David. Instead, he took it to the house of Obed-Edom the Gittite.14The Ark of GOD remained with the family of Obed-Edom in his house for three months, and The LORD Blessed his household and everything he had.


David fetches the Ark from Kirjath-jearim

Gratitude for the high and splendid dignity to which he had been elevated would naturally, at this period, impart a fresh animation and impulse to the habitually fervent piety of David; but, at the same time, he was animated by other motives. He fully understood his position as ruler under the theocracy, and, entering on his duties, he was resolved to fulfill his mission as a constitutional king of Israel.

Accordingly, his first act as a sovereign related to the interests of religion. The Ark being then the grand instrument and ornament of it, he takes the opportunity of the official representatives of the nation being with him, to consult them about the propriety of establishing it in a more public and accessible locality. The assembly at which he spoke of this consisted of the Sheloshim, princes of thousands (2 Samuel 6:1).


During the reign of the late king Saul, the Ark had been left in culpable neglect. Consequently the people had, to a great extent, been careless about the ordinances of Divine Worship, or had contented themselves with offering sacrifices at Gibeon, without any thought of the Ark, though it was the chief and most vital part of the Tabernacle. The duty and advantages of this religious movement suggested by the king were apparent, and the proposal met with universal approval.